Ike Turner: How Should We Honor His Legacy? 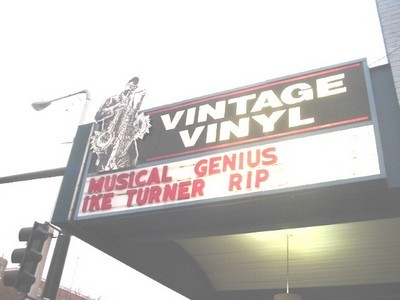 Mayor Francis Slay was going to decree September 2, 2007, "Ike Turner Day," in honor of the music legend's career and accomplishments -- which included winning a Grammy Award for "Best Traditional Blues Album" for his latest (and last non-post-humous) release, Risin' with the Blues. Turner's formidable musical career had deep roots in St. Louis; see his entry on the Walk of Fame here.

But soon after, Slay rescinded the proclamation, for the reason that "it is for his troubled history as an abusive spouse that most younger people know him. To my knowledge, he has never expressed any remorse for that past nor made any amends."

RFT contributor Roy Kasten penned quite a convincing rebuttal to this line of reasoning in this blog post. He even included a link where Turner explicitly says he did apologize to Tina Turner.

What's striking me as interesting already, in light of Turner's death today, at the age of 76, is the reactions we drew then to our articles -- and the varied reactions already trickling out now. Polarizing doesn't begin to describe the reactions; the words spewed about him by detractors -- most of whom, interesting enough so far, are men -- are vitriolic.

Chatter on the local TIRC Google list ranges from an inability to forgive Turner for being a wife-beater; others are separating his personal from his professional life, in lauding his musical achievements. (The origial TMZ post's comments are equally varied, although a little more, shall we say, Internet-rough.)

When a deeply flawed public figure such as Turner dies, it's always a struggle with how to honor and acknowledge his legacy. On the one hand, it's disingenuous to ignore the unsavory parts of his character and personality; on the other, focusing too much on these flaws ignores his inarguable musical accomplishments.

Roy will have a eulogy up for Turner, no doubt addressing all of these concerns, later tonight.