Lucinda Williams rocked the Pageant to the rafters last night, blaring through a 90-minute set that drew as much from her back catalogue as from her most-recent release, the inconceivably underappreciated West. 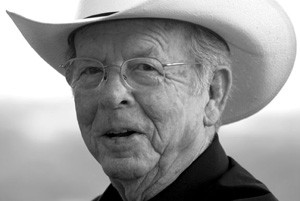 A higher power: Charlie Louvin
Backed by her newly minted road band, which along with lead guitarist and veteran collaborator Doug Pettibone features David Sutton on bass and an indefatigably hardcore Butch Norton on drums, a confident and comfortable Williams again and again tested her own vocal and emotional range, passing up less-demanding introspective material in favor of burn-the-fucker-down renditions of gut-twisters: "Those Three Days," "Righteously" and "Atonement" from 2003's World Without Tears; the title cut from Essence (2001); and "Come On," "Where Is My Love?" and a sublimely flayed "Unsuffer Me" from West.

Following an encore that moved from the now-anthemic "Joy" to a pair of politically couched covers, "Marching the Hate Machines (Into the Sun)" -- yeah, Thievery Corporation (!) -- and Delta blues legend Skip James' "Hard Time Killin' Floor Blues," Williams invited opening act Charlie Louvin back out for the finale.

That would be the Charlie Louvin, of the Louvin Brothers, who perhaps more than anyone qualifies for the epithet "godfather of alt-country," by virtue of his authorship of the seminal Gram Parsons/Byrds touchstone "The Christian Life." Louvin, who'd laid his 80 years' worth of steeped-in-the-cotton-fields country on the line in a gentlemanly fashion during a too-brief opening set, joined Williams for the latter's tent-show revival stomper, "Get Right with God."

Trading verses with Louvin, who'd been supplied with a few-page printout of the lyrics, it was abundantly clear the ecstatic Williams knew she, too, was in the presence of a higher power.