This Just In: Wednesday, April 18

The four women from Brighton, England known as Electrelane will bring their drones and tones to the Creepy Crawl (3524 Washington Avenue) on Thursday, June 7. Perhaps the only hardcore band to be named after an Elton John song, Funeral for a Friend will perform at the Creepy on Friday, June 15.

Former Soundgarden/Audioslave front man Chris Cornell will play at the Pageant (6161 Delmar Boulevard) on Monday, May 28. 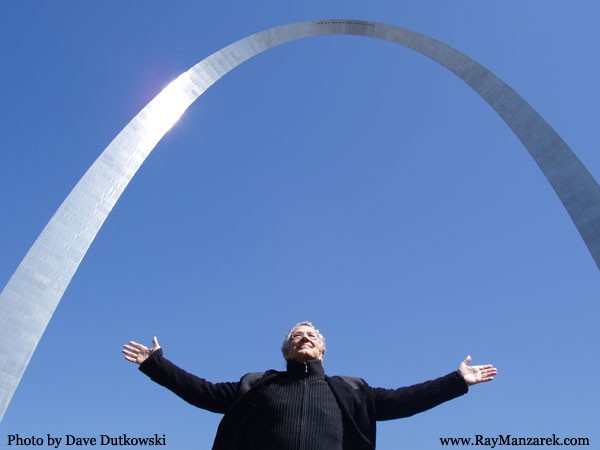 While former Doors drummer John Densmore has kept his surviving bandmates from using any permutation of the word "doors" for their touring act, keyboardist Ray Manzarek and guitarist Robbie Krieger have recruited Fuel vocalist Brett Scallions to channel Jim Morrison in Riders on the Storm, their live show of Doors material. The Riders will play at Pop's (1403 Mississippi Avenue) on Friday, May 11.

!!! (Chik Chik Chik) will bring its jubilant dance-punk sound-system to Blueberry Hill's Duck Room (6504 Delmar Boulevard, University City) on Thursday, May 24. The Duck Room will also host Moses Mayfield on Thursday, May 3, and a double bill of the Alternate Routes and Army of Me on Wednesday, May 23.

Jeff Coffin has served as saxophonist for Bela Fleck & the Flecktones in the past, so it's fitting that he recruited fellow Flecktone Futureman to play in Jeff Coffin's Mu'tet, which will take the Lucas School House (1220 Allen Avenue) stage on Wednesday, May 9.