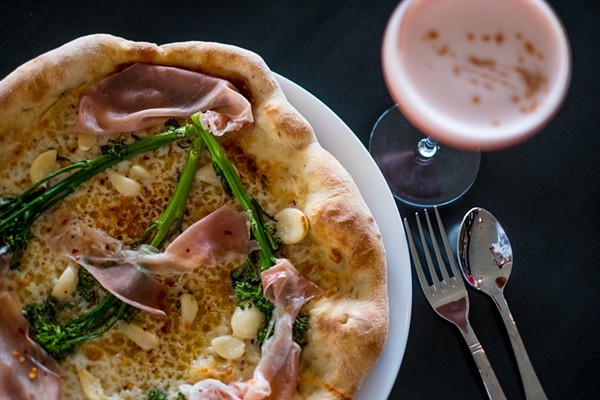 Not only did the month of October see a healthy number of restaurant openings — one reminiscent of pre-pandemic levels — it also saw an exciting diversity of concepts. Botanica, Commonwealth and Tempus all doubled down on the belief that upscale, full-service dining is alive and well, opening up their dining rooms (Tempus had been carryout only for its first year operations) from Wildwood to Grand Center to the Grove, respectively. It was a bullish move, as were those of Hi-Pointe Drive-In and Kimchi Guys, who both expanded to additional locations; Chicken Scratch and Sureste Méxican, too, showed a hopeful spirit in their bet on the continued success of City Foundry, which shows all signs of becoming the entertainment destination as was intended.

Add to this the new Bevo Mill cat cafe, Cat Heaven, the exciting Sabroso from one of the culinary forces behind Mission Taco Joint, a promising new Indian and Nepalese spot in St. Louis Hills and the much-anticipated Rockwell Beer Garden in Francis Park, and you have a selection of new offerings that touches on a little bit of everything. That not every place to open was carryout-specific indicates restaurant owners' ability to see life through a lens other than just the pandemic.

However, the protracted public health crisis claimed some good ones this month. Balducci's, the 46 year-old Italian restaurant in Maryland Heights, shut its doors, citing the pandemic for the closure, as did longtime Downtown restaurant Caleco's Bar & Grill. Even if you headed directly to Ballpark Village from your garage parking spot, there was still something comforting about that iconic red, white and green awning. It will be missed from the Downtown restaurant scene. Finally, October said adieu to two great bars — one old and one new — when both Taste and Chatawa turned out their lights for good. Though the former is to be replaced with the French-inspired BRASS Bar, it's hard to imagine the Central West End without its iconic watering hole.