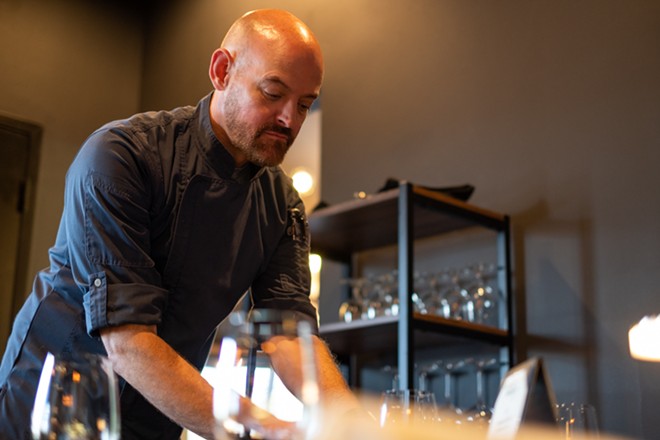 For years, Timothy Metz and his business partners Steven Manns and Sean Olson have made the restaurant industry their profession, working around town at everywhere from upscale restaurants and pubs to delis and other casual spots. However, even in their off hours, the three friends found themselves gravitating toward food and drink, whether going out to eat or hosting elaborate dinner parties where Metz would create elegant, multi-course meals. Now, they have drawn upon their decades of personal and professional experience to create Timothy's The Restaurant (12710 Olive Boulevard, Creve Coeur; 314-786-5301), the fine-dining restaurant of their dreams.

"When Steven approached us about opening a restaurant, it just made sense," says Metz. "We have all the components to make it work, and I felt like I was wasting my talents not putting it out there."

Timothy's, which opened two months ago in Creve Coeur, represents a completely different food-and-beverage experience than the one Metz and Olson have been offering St. Louis diners at their casual concept, Pickles Deli. There, the partners have been serving classic delicatessen fare to guests at locations in both the Central West End and Downtown, drawing a loyal following for their fierce commitment to quality, even in such a low-key setting. 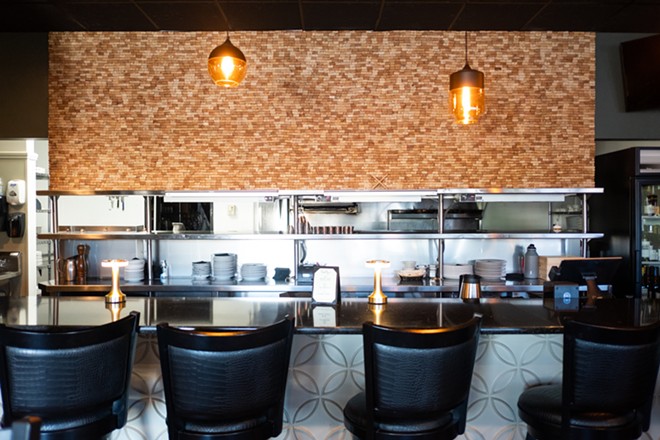 However, fine dining has always been something near and dear to their hearts, a passion that was stoked over their many years in the industry. It's even how they met Manns, a former server at the former Balaban's in the Central West End who became their good friend when they were regulars at the iconic eatery. The three recognized in one another a love for both food and the industry, and exploring the city's culinary scene and cooking and eating together was a major driver of their friendship. With extensive wine and service knowledge, Manns gravitated toward the beverage and front-of-house sort of duties, as did Olson, who has a background in hospitality management. That let Metz to do the cooking, which was exactly where he wanted to be.

"I used to work at O'Connell's from 1985 to 2000 and hung out with the waitresses there," Metz says. "We used to go to places like Blue Water Grill and Cafe De France and all of the different restaurants around town. I really learned to appreciate food that way, and when I moved out on my own after a breakup, I really started cooking for myself. Anytime I had off, I was always in the kitchen whether it was learning to make Bolognese and risotto the correct way or handmade pasta. I stopped going out to eat as much because it was taking me away from what I wanted to do."

Metz is excited to translate what he's learned over the years into the professional kitchen and credits his sous chef, Will Mabrey, with ensuring his success. Mabrey, whose prior experience includes Herbie's and Yolklore, has played a key role in helping Metz bring to life his vision for a classic, fine-dining menu that he describes as having a traditional, "old school" kind of vibe. It's a style of dining he feels is not being done with as much frequency as it once was, even though there is still a hunger for it. 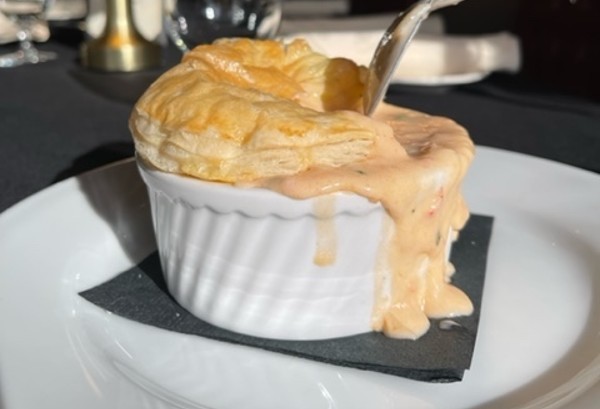 "We didn't want to make things complicated or have a menu that people don't understand," Metz explains. "For us, it's more about the quality, which is why it's not huge; we didn't want to just throw something on there just to have it."

In addition to the food, Metz credits Manns with curating an impressive wine list of 160 bottles — his goal is to expand it to 300 — that have each been researched and vetted for quality. Metz believes this, together with the food and the service, make Timothy's the sort of upscale, yet comfortable, restaurant that is synonymous with timeless upscale dining.

"We have this line, 'Timothy's, if you know, you know,'" Metz says. "Since we've been open, we've had so many birthdays and anniversaries. People have already figured out that this will be their special place. It's been a great journey so far, and it keeps getting better."

Timothy's is open Tuesday through Thursday from 4-10 p.m. and Friday and Saturday from 4-11 p.m. Scroll down for more photos of Timothy's. 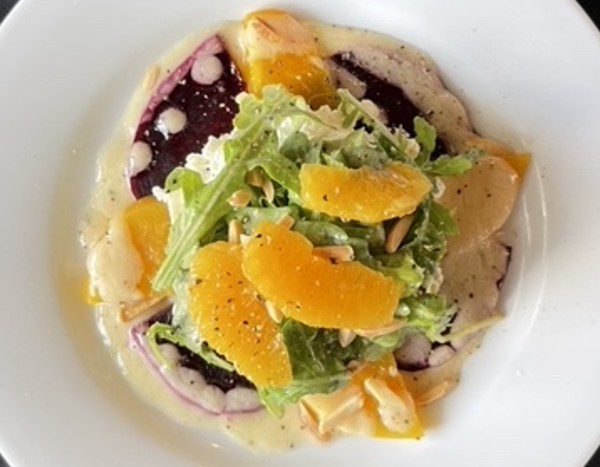 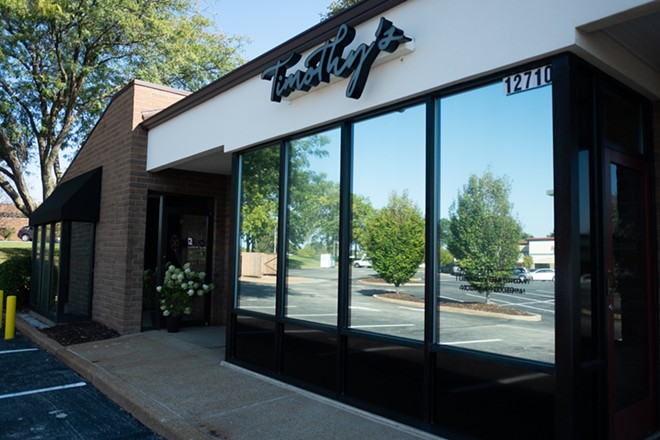 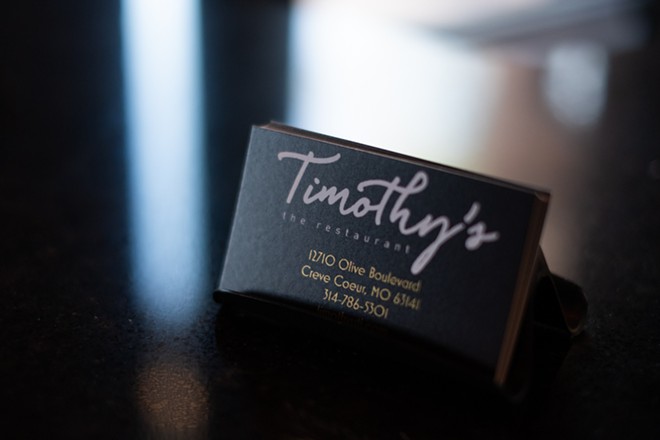