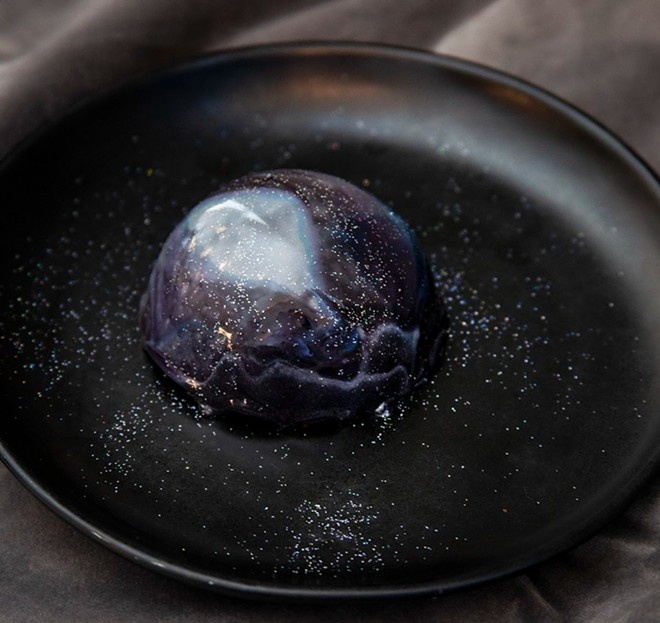 The restaurant features dishes inspired by “worldly flavors” from more than 50 countries, such as Europe, Africa, Asia, the Pacific Islands and the Americas. Commonwealth’s bar is also internationally-influenced, complete with beer, wine and craft cocktails.

Leading the kitchen’s efforts are executive chef Scottie Corrigan and sous chef Sierra Eaves. Executive chef and beverage director of the Angad Arts Hotel Matthew Birkenmeier guides the pack. The three developed the menu, with Corrigan saying in a press release the team wanted to offer “thoughtfully crafted dining experiences that honor the cultures and cuisines of these places while showcasing seasonal ingredients through approachable yet elevated dishes.” 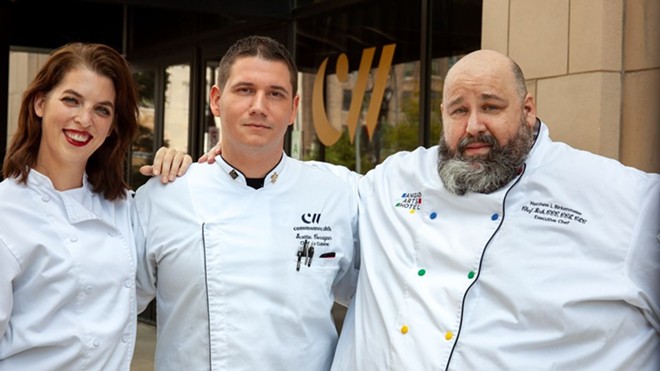 “We want people to exhale when they arrive — take time to relax and enjoy a great meal and service,” Corrigan added.

Commonwealth’s name comes from the restaurant’s mission to support the common good. Extending the mission, Commonwealth will support charities quarterly, as well as encourage guests to donate some of their bill to selected local organizations each month.

Appetizers, entrees and meals to share have all made their way onto the menu at Commonwealth. From cheese plates to salads to a rack of lamb, the new spot will have a well-rounded menu.

Finish your meal with the signature “Starry Night” dessert, which Corrigan described to Sauce Magazine as “a chocolate torte with chocolate cream patisserie and blueberry gelée, with a mirror glaze.” A press release details the dessert was inspired by Missouri’s country night skies and Corrigan’s love for the outdoors.

The inside space of Commonwealth features pieces from local artists. Located on the first floor of Angad Arts Hotel, the restaurant’s hours will be 7 to 11 a.m. for breakfast. Tuesday through Thursday, dinner runs from 5 to 10 p.m. Hours are extended slightly on Fridays and Saturdays, from 5 to 11 p.m. Reservations are available now on OpenTable. Visit www.commonwealthstl.com for a full menu.