When Ryan Sherring stands in the middle of Botanica's (2490 Taylor Road, Wildwood; 636-821-1233) dining room, he can't help but marvel at the transformation. Gone are the mustard yellow walls, red ceiling and dark pub tables that characterized the former Llywellyn's pub; in their place, the white tin ceiling, exposed brick, green plants, Pop Art and sleek, grey concrete bar give off a sleek, modern vibe with light filling the space from the building's numerous windows. It's a chic, but still welcoming atmosphere — one he knows will quickly become the neighborhood gathering spot and dining destination for the residents of Wildwood and beyond.

After announcing his plans for Botanica less than two months ago, Sherring is preparing to open the highly anticipated restaurant this Saturday, bringing to life his vision for a place that will appeal to a wide variety of diners. Part of the draw is the space itself, including a lush outdoor (dog-friendly) patio and bar, as well as a top-notch beverage program put together by beverage director Chris Figeroa that includes reimagined interpretations of classic cocktails. 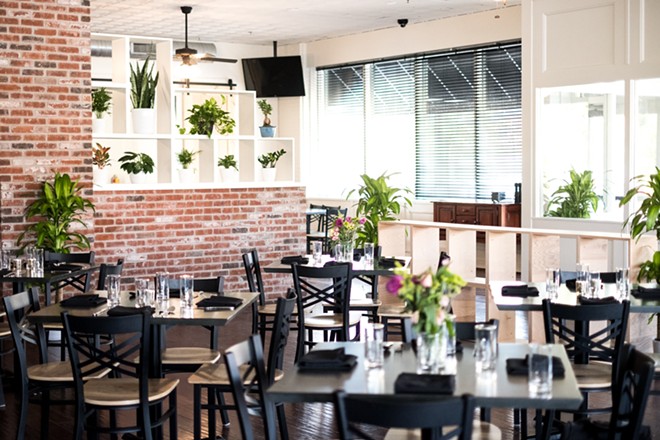 However, much of the Botanica buzz has surrounded the exciting menu from the highly-regarded chef Ben Welch, who joined Sherring's growing Six Mile Bridge team this August (Sherring and his wife, Lindsay, also own the Maryland Heights brewery and restaurant). For Botanica, Welch has created a menu that represents his longtime prowess with Italian cuisine, inflected with nods to the American South, which is a style of food that has both personal and professional connections to him.

"This is your Italian grandma and Black grandma cooking for you," Welch says. "And what do they cook with? Love. That's the connection. It's big pots and sugo and biscuits and gravy and just cooking with love. I love creating outside of what is expected, and I don't like being put in a box."

Botanica's menu is pizza-forward, with Roman style pies that include a classic Margherita, a Potato, featuring rosemary, pork jowl, béchamel and mozzarella as well as a sweet potato version with speck, gorgonzola, Saba, candied pecans and ricotta. The menu is not limited to pizza, though. The restaurant also offers three different pasta dishes, including a gnocchi with artichoke, lemon, and roasted cauliflower, as well as entrees such as roasted chicken with peperonata, olives, capers, bacon and thyme, and short ribs with salt and pepper grits and roasted vegetables.

Botanica also offers several starters, ranging from whipped lard to crab zeppoles (similar to an Italian beignet). Desserts, including a tiramisu and peach cobbler, round out the menu.

Sherring and Welch plan on rolling out lunch and weekend brunch service over the next several weeks, but, in the meantime, are thrilled with the direction the food has taken. They are eager to show it off to guests and bring a little something different to the area — and from what they can tell, the dining public is equally excited.

"We've had an outpouring of people super excited about coming here," Sherring says. "We feel that we are bringing something unique to St. Louis with Italian and American Southern fusion. The only thing we don't make here is the wine; we make the food, the cocktails, the beer, and everything is tailor made for our guests so it feels unique. We're just looking forward to bringing people together, because that is what this is about."

Scroll down for more photos of the soon-to-open Botanica. 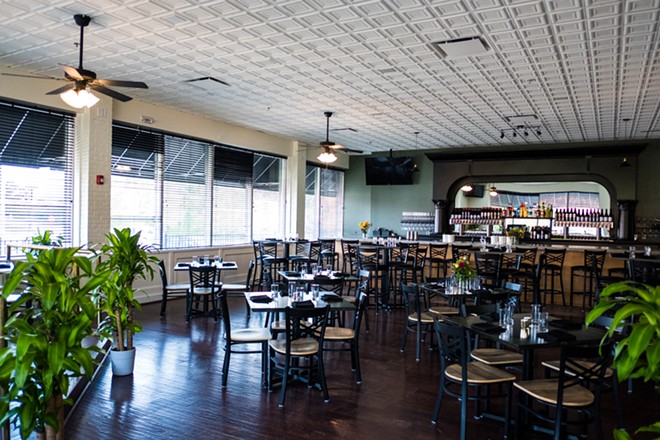 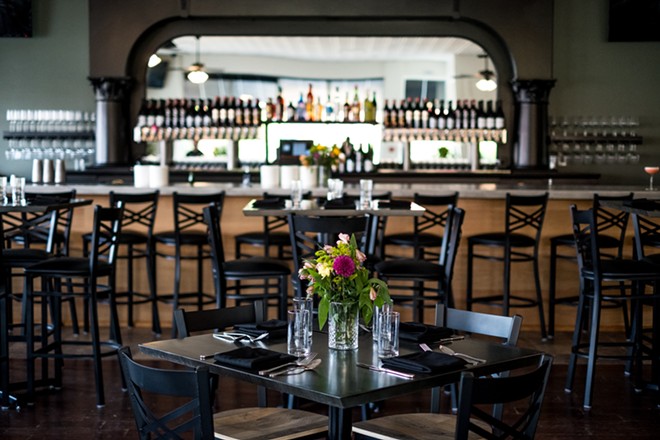 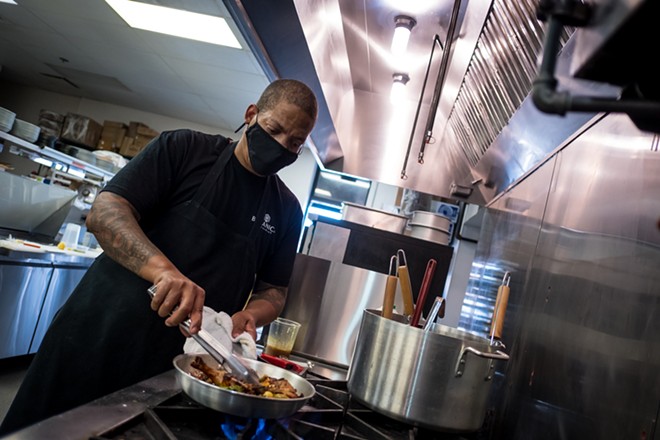 We are always hungry for tips and feedback. Email the author at a cheryl.baehr@riverfronttimes.com.