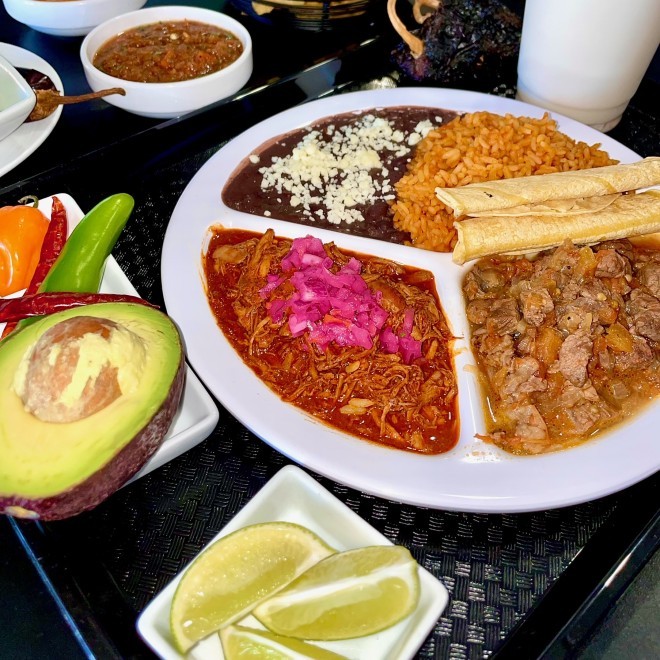 The restaurant is the realization of a dream for Chef Miguel (who prefers to go by his first name only), a veteran chef who has been working in the food business, in some form, since he was ten years-old. As a kid growing up in Mexico, food was always a part of his life, and as soon as he was old enough to work, he got a job with a woman who ran a popular food cart in his hometown. Under her tutelage, he learned to cook a variety of street food dishes and also honed his craft at home with his mother.

Those two experiences gave him a rich culinary background that he has drawn upon in his cooking jobs here in the United States, including his most recent position with Mission Taco Joint. For several years, Chef Miguel worked alongside brothers Adam and Jason Tilford, first at their popular upscale dining restaurant Milagro Modern Mexican and eventually at Mission Taco Joint, where he was in charge of directing the culinary side of the operations of the brand's numerous locations.

When the pandemic forced the Tilfords to make the difficult decision of laying off Chef Miguel, he took it as a sign that it was his time to branch off on his own. With his wife, Brandi, by his side, he drew up plans for Sabroso not simply as a restaurant, but as a forum for teaching diners about the many different styles of Mexican cuisine. As Brandi explains, that education component is an important part of what they hope to do with the restaurant.

"He just loves food so much and wants to educate people about the different styles of cooking and techniques and where they originated from," Brandi says. "That's how the menu is set up. We're telling people what part of Mexican a dish comes from and even give a little blip about the cooking style. That's one of our missions — to educate people that there is Mexican food beyond beans and rice and fajitas. We have those things too, but what we want to give you is what you would get if you went to a grandmother's or mom's house."

As Brandi explains, there is no dish that better exemplifies that sort of home kitchen comfort as Sabroso's tamales. Chef Miguel has worked for years perfecting his masa; the restaurant has a machine that grinds the corn, and, after it's ground, he adds in pork fat and other seasonings. She is confident that, once diners try Sabroso's tamales, they will be awestruck.

Though there is no opening day yet set for Sabroso, Brandi anticipates that the restaurant will be open sometime within the next week or so, hopefully by October 1st. In the meantime, they are hard at work getting everything in order   so that they can soon welcome in guests to show them a dining experience that is deeply personal to Chef Miguel.

"Food has always been a part of his life," Brandi says. "For him, this has been a lifelong dream."