Living in such esteemed barbecue areas as central Texas and Kansas City, Chris Armstrong found himself steeped in barbecue culture for a significant portion of his life. That exposure turned into curiosity, passion and now, Navin's BBQ (3559 Arsenal Street, 314-449-1185), a smokehouse of his own that opened this June in Tower Grove East.

According to Armstrong, the push to open Navin's was entirely circumstantial. Though he has considered himself a barbecue hobbyist for quite some time — and even helped his uncles on the competition circuit — he was enjoying a successful career as the Midwest sales manager for a Texas-based brewery. However, when the pandemic hit, the brewery had to furlough many of its employees, including Armstrong on two occasions, eventually eliminating three of the four states in his territory. Seeing the writing on the wall, Armstrong knew he needed to chart a different course.

While he took the time to figure out what his next move would be, Armstrong decided to perfect his barbecue. He needed people to test out his wares, so he enlisted the help of friends and family to help him eat all of the food he was making and also give him their feedback. Before he knew it, he was cooking for twenty-plus people every week under the name "Furlough Joe's" and was so pleased by the reception, he gained the confidence to look into opening a place of his own. 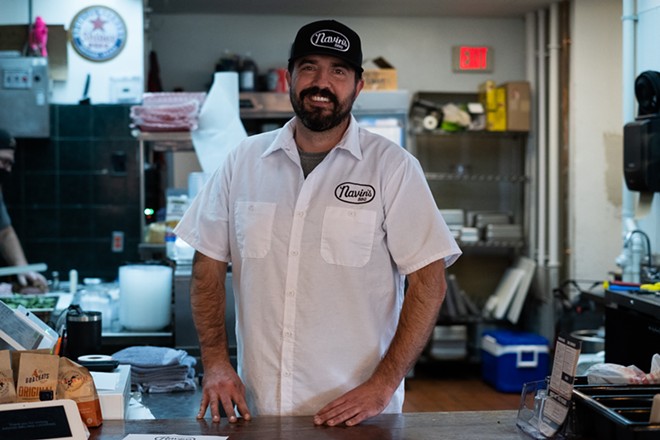 Once Armstrong found the former Guerrilla Street Food location on Arsenal Street, he felt ready to go all-in. Named after the main character in the movie The Jerk, Navin's opened its doors on June 17 to wonderful word-of-mouth success and has been growing ever since. As Armstrong explains, he's been especially proud of how much repeat business he is getting — proof that he is onto something with his barbecue.

"We've had quite a bit of repeat business," Armstrong says. "Some people have come in for lunch and dinner in the same day. One gentleman in the neighborhood came in five or six days the first week we were open, and it's not uncommon for people to come in multiple days in a row. It makes me feel that there is something here to what we are doing."

Though Navin's draws inspiration from both Texas and Kansas City barbecue traditions, Armstrong is not married to particular styles. Instead, he sees the restaurant as more of a hybrid style that celebrated barbecue tradition in its entirety. He is particularly proud of his brisket, which is Texas style and sliced off the flat, but is equally excited about his Kansas City burnt ends.

Chicken wings, which are Navin's most labor-intensive item, are another specialty that he perfected through customer feedback during his time as Furlough Joe's, as are the pork belly burnt ends, which are one of the more popular items. And though he understands that many may see the smokehouse as a meat-centric operation, Armstrong also serves vegetarian options, including smoked collard greens and a smoked portobello mushroom, that appeal to a wide variety of diners.

Navin's is fast-casual, so diners order at the counter and wait for their food to be brought out to them. Currently, the restaurant does not offer alcoholic beverages, though Armstrong hopes to have his liquor license soon. In the meantime, he is just happy to be doing what he loves and is thrilled with the validation he has received from the community.

"I probably wouldn't have taken the leap if it wasn't for the furlough, so this is very situational," Armstrong says. "I'd always loved barbecue and took it seriously, but with St. Louis being such a strong, historic barbecue community, I always felt like a nobody, and thought people would think, 'Who is this guy?' It always held me back, but the support so far has been great. We're still small and still growing, but we're just trying to build this one sandwich and plate at a time."

Navin's BBQ is open Thursday through Saturday from 11 a.m. until 7 p.m. or sellout. Scroll down for more photos of Navin's BBQ. 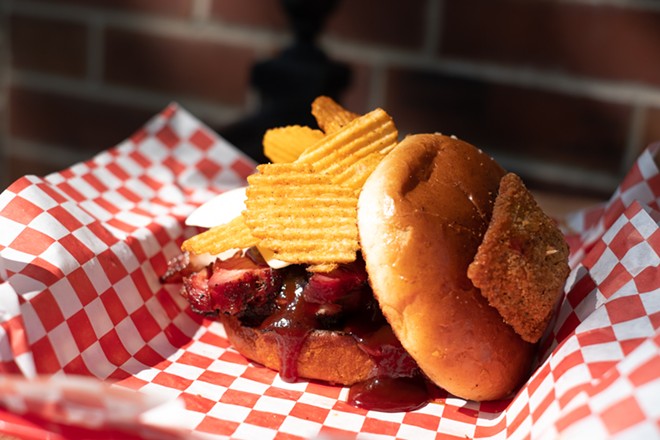 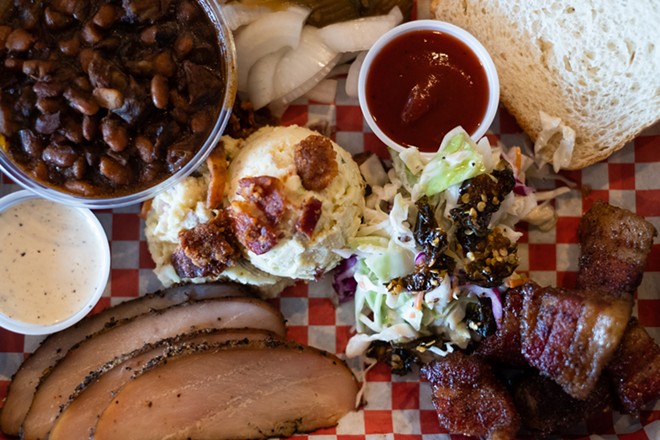 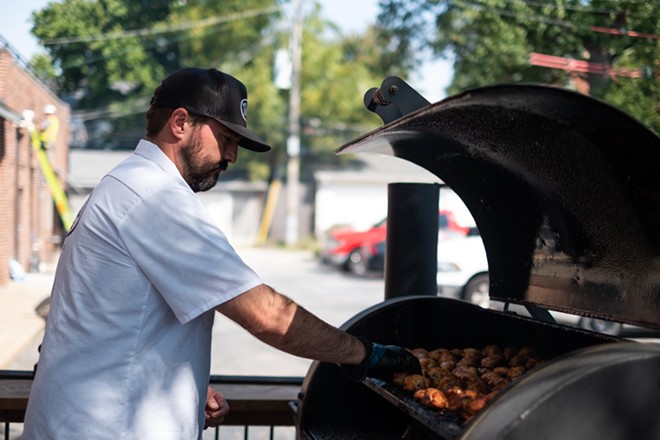