Princeton Heights has a new destination for vegan cuisine, thanks to Trezel Brown, the chef and owner of CC's Vegan Spot (4993 Loughborough Avenue, 314-899-9400). The restaurant, which moved from its original home in Alton, Illinois in late July, is now open at the intersections of Loughborough and Macklind avenues, serving delicious, comfort food-inspired plant-based dishes to area residents — and even those from far and wide.

"I had a woman come in from California and had to stop in," says Brown. "When I was in Alton, I had people coming from all over to try my food, and here at the new location, I still have people driving two hours." 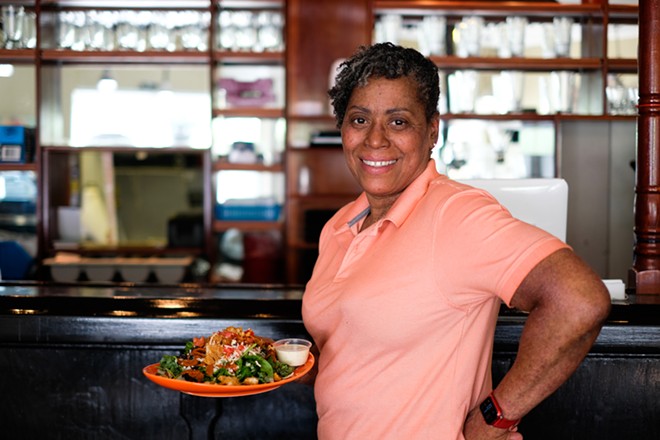 Brown's unique take on the possibilities of plant-based cooking has been drawing in customers for the past two years at CC's original Alton location. Though originally envisioned as a gourmet icees shop, Brown began slowly adding to the menu vegan dishes she'd long perfected as a home cook over her first few weeks in business. The response to her food was so positive that she quickly transitioned into a full-fledged plant-based eatery, serving specialties such as vegan fried chicken and mashed potatoes, "Ish bites," which are a vegan version of fish fritters and two different styles of meatless burgers.

Though Brown enjoyed success at the Alton CC's, she had always envisioned the restaurant as being located in South St. Louis (before signing her lease in Alton, she nearly closed a deal on a Cherokee Street storefront). When she came across the former Corner Bistro space earlier this year, she recognized the opportunity to finally bring her food to an area of town she knew was clamoring for more vegan options.

"In Alton, it was my customers driving out to see me, but not I'm driving in to serve my customers," Brown says. "I do have mixed emotions about closing Alton, because it was my beginning, and I really wanted to keep both, but I couldn't do both right now."

While Brown hopes to one day open a second location of CC's either in Alton or north county, for now she is pouring her heart into the Princeton Heights spot. Customers who have been patronizing her restaurant for years will notice all of the favorite foods they've come to love, plus some new offerings such as mushroom bites, vegan Rotel nachos, a plant-based version of a French dip, and a pulled jackfruit sandwich.

Brown eventually sees CC's as transitioning to a full-service restaurant, but for now, she offers counter service only. Still, she has created a space that encourages guests to linger, whether inside the comfortable, light-filled dining room or on the patio in the front of the restaurant. So far, she has been thrilled with the response she's gotten, noting that business has quadrupled since she moved the restaurant to Missouri. She is hopeful that, should the response continue, she will be able to soon expand her hours to include lunch. For now, the restaurant is open Thursdays from 3:30 until 8:30 p.m. and Fridays and Saturdays from noon until 8:30 p.m.

"There is such a big vegan community here, and they've really come out to support me," Brown says. "I'm just so proud to be open during this pandemic, and I am grateful that people are willing to put their trust in me to come down and check me out."

Click through for more photos of CC's Vegan Spot. 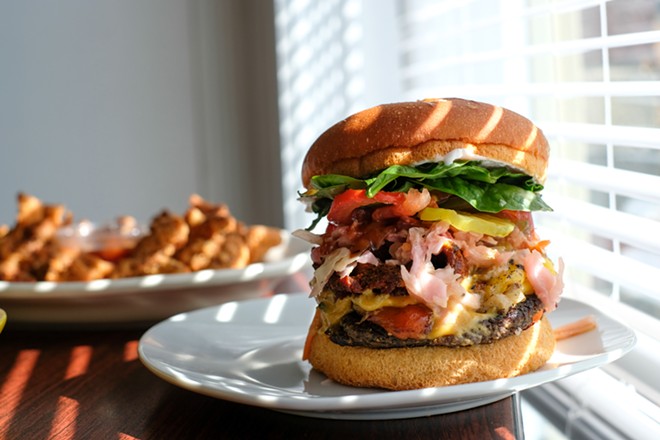 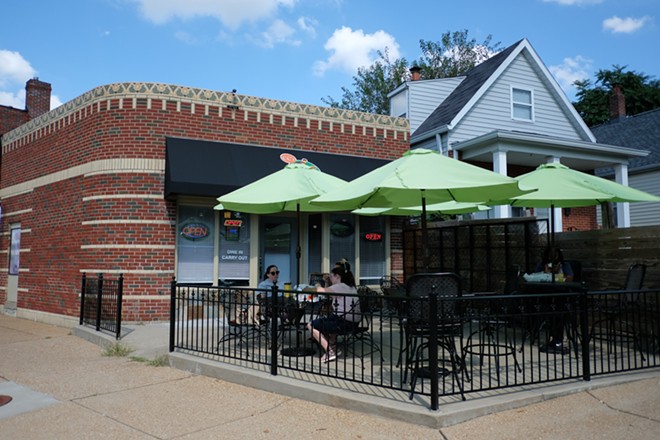 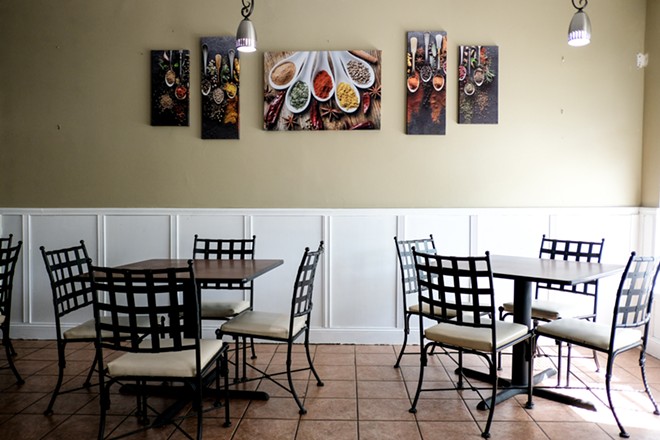 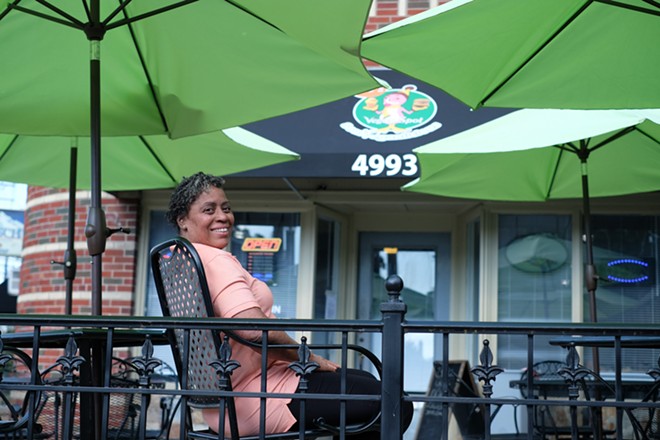