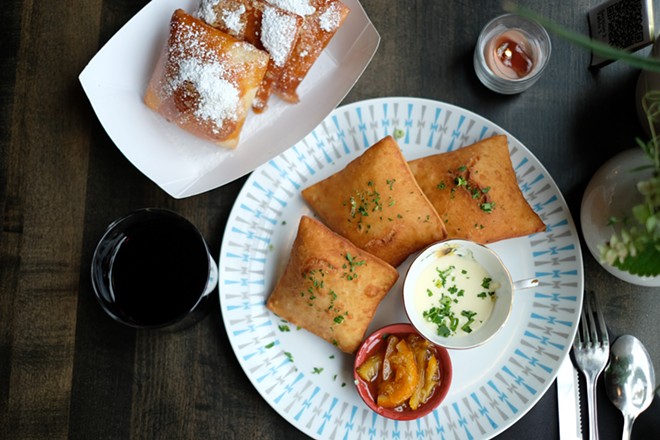 For more than a year Thomas Crone has been searching for a place to bring to life his vision for a bar that takes guests on a food and drink-inspired trip down the Mississippi River. Now, that idea has become a reality in the form of the dual-concept bar and restaurant, Chatawa and Grand Pied (3137 Morgan Ford Road), which opened on August 18 in Tower Grove South.

For Crone, a veteran barman and former co-owner of Tick-Tock Tavern, Chatawa represents an opportunity to celebrate the rich traditions of the towns along the Mississippi River, beginning in St. Louis and ending in New Orleans. As he explains, the idea for such an establishment has been developing in his mind for a while and is inspired greatly by the side of New Orleans that goes beyond the caricature of the city so many associate with it.

"I've been to New Orleans about nine times in the past three or four years, and every time I am there I try to go to new places," Crone says. "What I found is that there are a host of great bars and restaurants in neighborhoods. I wanted to play with that, but not with the cliche. When you say this is a New Orleans-influenced bar, people think of the caricature, but I really want to avoid that and reflect the idea of a merged vibe between St. Louis and New Orleans — understated for both of them; there aren't going to be a bunch of arches everywhere just as much as there won't be a bunch of alligators." 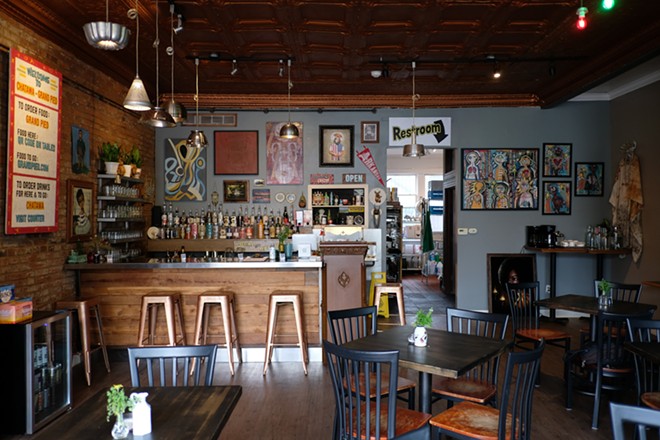 Crone's idea for Chatawa, which gets its name from a small town in Mississippi, came into focus over the past year while working at Local Harvest Grocery. There, he got to talking with Brendan Kirby, chef and owner of Seed Sprout Spoon (formerly Local Harvest Catering) and Tony Collida, who was working with Kirby after being furloughed from his job running the kitchen at Civil Life Brewing Company. Kirby was in the process of relocating Seed Sprout Spoon from its home on Morgan Ford Street to a new location in Holly Hills, so the space would soon be available. The moment Crone stepped inside, he knew he'd found his spot.

With the space secured, Crone asked Collida to partner with him on a restaurant concept that would be complimentary to what he was trying to do with Chatawa. The idea spoke to Collida, and quickly the idea came together for Grand Pied as a small restaurant that operates inside the Chatawa bar.

Separate but operating in concert with one another, both Chatawa and Grand Pied are organized around the food and drinks found traveling up and down Interstate 55 from St. Louis to New Orleans. Crone and Collida do not mean for this to be simply an intellectual exercise; the plan is to source as many products and ingredients as possible from the large and small towns along the route. Everywhere from Festus and Cape Girardeau to Memphis and Baton Rouge is represented in the form of beers, spirits and culinary tradition.

Chatawa and Grand Pied have the aesthetic of such an establishment. Adorned in quirky artwork and tchotchkes, the setting has the well-worn feel of an established neighborhood bar, even though it's only been open for a few weeks. Roughly twelve tables provide seating, and there are a few seats at the small, corner bar. Guests order food from Grand Pied by using a QR code at every table, and dishes are delivered by the bar and restaurant's staff.

Collida describes Grand Pied's offerings as regional by default; because he uses as many local ingredients as possible, his dishes take on the flair of the Missouri-to-Louisiana route, something he's excited to explore.

"I say this is American food in the sense that I am trying to keep as much as possible from the South and Midwest," Collida explains. "We'll have a version of green bean casserole — albeit an elevated one — and beignets, and then we want people to be surprised by everything else."

On weekday nights, Collida thinks of Grand Pied as a test kitchen compliment to Chatawa, serving food that suits a cocktail bar. On Sundays, however, he gets to go all-in on brunch, which he is particularly passionate about. 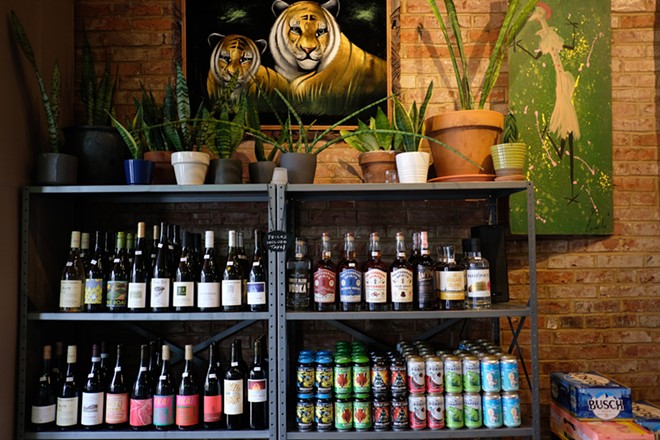