St. Louis Standards: Federhofer's Bakery Is a Sign of All Times


Cheryl Federhofer smiles when she recalls the hoopla she caused when she had to have her bakery's iconic sign repaired a few years ago.

For more than six decades, the massive neon Federhofer's Bakery sign has been a beacon at the intersection of Gravois Road and Mathilda Avenue in Affton, its image of a smiling baker in a floppy white chef's hat holding a birthday cake one of the city's most unmistakable landmarks. Federhofer had every intention of keeping it that way, so she needed to have a little maintenance done. As the workers dug in to repair the sign, they revealed the name of the former bakery that used to be in that spot, Mueller's. Everyone was confused.

"People thought we'd sold the bakery," Federhofer says. "When my dad bought the bakery from Mr. Mueller in 1965, the sign was already there, and he just put our name over it. When they took off the panels to repair it, people thought we had sold the business. But we aren't going anywhere."

Federhofer may have only owned the St. Louis mainstay since 1997, but her loyalty comes from ties to the bakery business that go back much longer than that — even before she was born. Her father and the bakery's founder, Bill Federhofer, grew up in the business, working odd jobs at the historic Carondelet establishment Doering's Bakery. His family was poor, so everyone had to pitch in to make ends meet — even ten-year-old Bill, who got his start scraping the bakery's floors while his mom washed pans. Bill even slept alongside his brothers at Doering's on weekends when he was a kid so he could get started on his work before the crack of dawn. 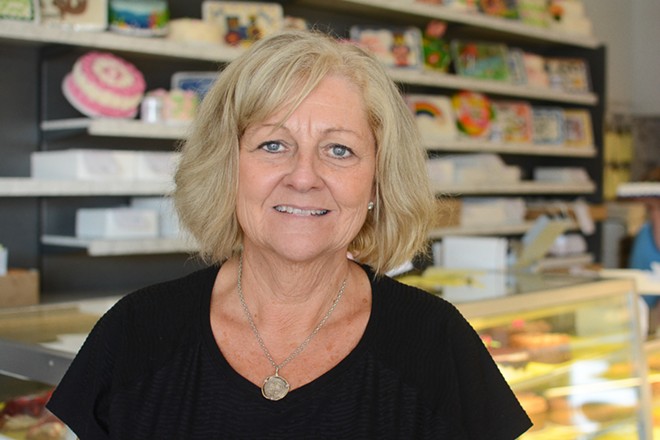 Bill stuck with the business, working at several bakeries around town with the goal of becoming his own boss. That dream came true in 1965, when he and his wife, Merle, bought Mueller's Bakery with money from their kids' piggy banks. Federhofer was seven years old at the time, and though she has little recollection of the sale, she vividly recalls working with her parents after they took it over.

"My parents worked so much — it's a hard business," Federhofer says. "If we wanted to see them, we had to come to the bakery."

As Federhofer recalls, the bakery business was much different in those early days. At the time, she notes, there were roughly 100 other bakeries operating in St. Louis, and there were more than enough customers to go around. She describes the industry as having a high level of camaraderie and cooperation, with different bakers getting together regularly to share ideas and recipes. There was even a baker's co-op, run by her uncle, that several establishments, including Federhofer's, belonged to that supplied ingredients, paper goods and other necessities. Additionally, there were several other professional organizations her dad belonged to, including Missouri Bakers, of which he served as president, and the Bakers Dozen Club, which was a fraternity of bakers who would meet monthly at different bakeries around town. 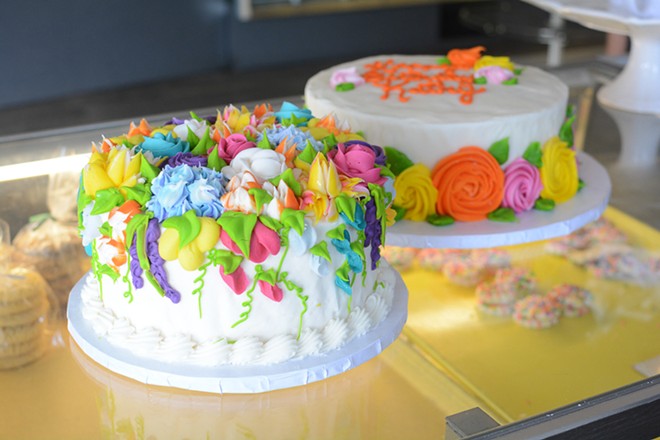 The business defined her dad's life — so much so that he has yet to fully retire, even at age 83. The elder Federhofer still comes into the bakery twice a day, where he handles payroll and paperwork, a job that keeps him going after losing his wife five years ago.

"He tries to help us physically, but his body just doesn't want to do it," Federhofer says. "I just tell him, 'Just count my money and take it to the bank, Dad.' He likes to come in and check on us."

Now, though, it's Federhofer who runs the ship. She admits she did not necessarily set out to carry on her family's baking legacy; it just sort of happened when it became clear that her other siblings were not going to take over when her dad retired. She made the transition official 24 years ago when she bought the bakery from her parents. Ever since then, she has dedicated herself to keeping up its reputation as a St. Louis classic.

Federhofer believes the key to that staying power is the fact that the bakery has remained true to its roots while adding some things that appeal to current preferences. Some things will never change; the gooey butter cake, Swedish crumb loaf, danishes, stollens and sheet cakes provide a continuous thread to the past; some, like the doughnuts, are even made using the same equipment. However, she has also added items such as large muffins, cupcakes and price-friendly versions of the decorated cakes seen on television shows, which have been a huge success.

Some of those ideas come from her children, who are now working alongside Federhofer, with plans to take over when it's her turn to retire. This time, though, the torch will be passed intentionally. Both have explicitly expressed their desire to be the third generation of Federhofers to carry on the legacy — one that their mom represents both in and out of the bakery.

"My husband just had the sign embroidered for me on the back of a jean jacket," Federhofer says. "My mom was going to do it before she passed five years ago, and now I finally got it. We use this logo on everything, and it's something that we will always keep going."