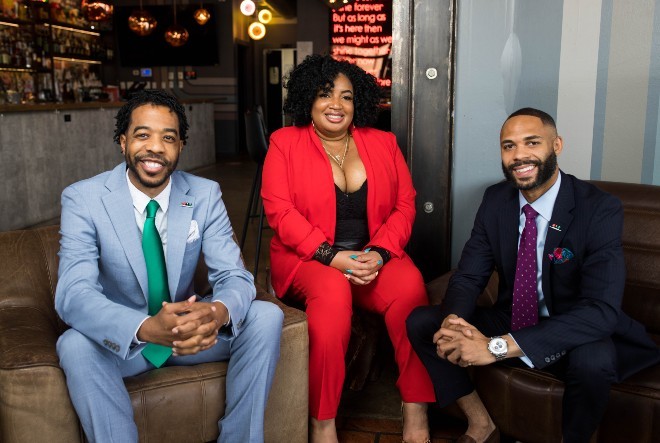 This weekend, St. Louis food enthusiasts will get a chance to celebrate the city' Black-owned restaurants when Black Restaurant Week comes to town. The event, part of the national event, runs through Sunday and promises to be an exciting showcase of the Black-owned businesses and talent in the St. Louis food and beverage community.

This is the second year that Black Restaurant Week has brought its culinary movement to St. Louis, though this weekend's event holds special significance for the organization. As part of the showcase, organizers Derek Robinson, Falayn Ferrell and Warren Luckett hope to bring awareness to the disproportionate loss that Black-owned businesses have experienced due to the COVID-19 pandemic. As Ferrell explains, the situation is part of the broader, systemic hardships Black restaurateurs face in the industry.

See Also: Black-Owned Restaurants You Can Support in St. Louis

"Typically most businesses in our community are already starting behind because they have no capital or have to finance their businesses by using their personal savings," Ferrell says. "They really aren’t starting restaurant groups with big investment funding, so when you look at something like a pandemic or financial downturn, they hit harder. The restaurant industry profit margin is so slim, and it's a competitive industry to be a part of, so any bonus of revenue makes a big impact. I don’t’ think people understand how big of an impact this has on those who can’t afford publicists, marketing and Facebook ads. We have heard so many testimonials that being a part of this has helped keep doors open."


Though the pandemic has highlighted the struggles faced by Black restaurateurs, Ferrell, Luckett and Robinson are emphatic that the challenges go well beyond those of the past year. That's the reason they founded Black Restaurant Week, LLC in the first place. The organization began in Houston in 2016 as a response to the lack of Black representation in the city's massive Restaurant Week celebration. When Ferrell, Luckett and Robinson looked into why there were so few Black participants in the festival, they realized that many systemic barriers prevented members of their community from thriving at such an event.

"Houston Restaurant Week has over 200 participants, but when we looked into it, a lot of people from our community weren't involved," Ferrell says. "A lot of the restaurants are counter-service, casual, quick-serve restaurants — not the type of restaurants that had two-course meals that was conducive to how Restaurant Week was set up. We wanted to bring a platform for those businesses and bring awareness and foot traffic to them."

Five years later, their organization has grown far beyond Houston and into a multi-city culinary movement that hosts Black Restaurant Weeks across the country and Toronto throughout the year. This is the second year that St. Louis has participated and the first year that sponsorships have allowed the organization to waive the participation fee for restaurants.

St. Louis participating restaurants include Kitchen 4AM, Creole with a Splash of Soul, Steve's Hot Dogs, Tasty Treats Snack Shop and Alibi Cookies. As part of the event, the restaurants will feature special prix fixe brunch, lunch and dinner menus throughout the weekend. Ferrell encourages diners to support Black-owned businesses this weekend and beyond, even if they are not on the list of participating restaurants.

"This is really a way to pump money into the community," Ferrell says. "These businesses hire employees from the community, and when disaster happens, they are often some of the first to give back. We always say it’s a blessing to be a blessing to others, and this is a way to bless back those business owners who have given of themselves to their local communities."