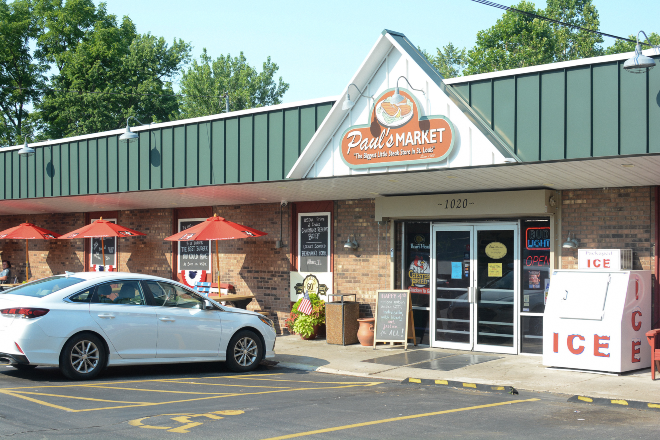 Gary Crump has a trove of vivid memories collected over his years at Paul’s Market, dating all the way back to when he was in the third grade and his father, the eponymous Paul, leased the storefront that would become a Ferguson mainstay. However, none are more vivid than the initial impression he got, courtesy of the father and son who lived downstairs.

“Cigars and bacon,” Crump recalls. “The gentleman who owned the building lived downstairs with his son, and every Saturday you would smell cigars and bacon coming from their place. There were so many great smells there. Still, to this day, I can remember walking in every day and smelling the coffee and all the smells of the grocery story. It was so neat.”

Six decades later, the sights, sounds and smells at Paul’s Market are quite different than those initial impressions, even as the soul of the place remains the same. Crump insists on that. As the bearer of his father’s legacy, he feels a responsibility to do things the way his dad taught him while helping the business adapt to meet current preferences. Over the 61 years in business, Paul’s has evolved from a grocery store to a butcher shop to a specialty foods store and now a place increasingly dedicated to hot foods such as burgers and barbecue. As Crump jokes, he does not necessarily consider himself to be a creator — he’s more of an innovator who improves upon the great ideas of those around him. And there’s no question that Paul’s was one of those great ideas. 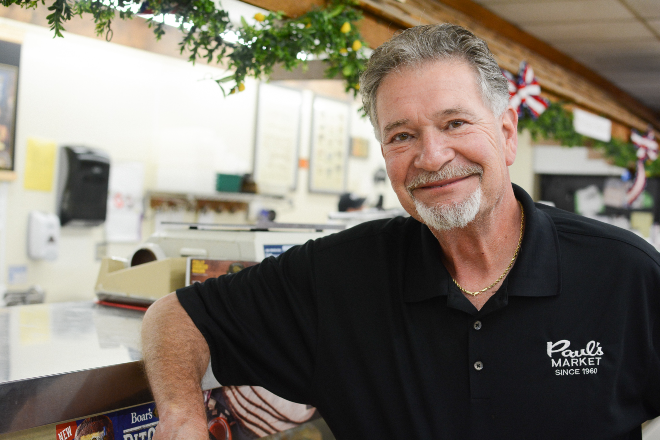 According to Crump, his father was filled with great ideas. An entrepreneur by disposition, the elder Crump was a Potosi, Missouri, native whose first business venture was a hauling company. It wasn’t a big outfit; Crump’s father simply bought a used truck and started running lumber between Potosi and St. Louis before moving on to delivering mail, packages and eventually people between Potosi and Steelville. He left his hometown for St. Louis to take a job with the airplane manufacturer Curtiss-Wright and worked there until James McDonnell took over. Convinced that the now-legendary aerospace executive would run the place into the ground, Paul Crump quit to start a wholesale milk business. He eventually switched careers again when he came across the space on Elizabeth Avenue in Ferguson, which he figured would make a great spot for a market.

In 1959, Paul Crump signed the lease, then opened a year later, establishing Paul’s Market as a grocery and fine butcher shop. As Gary Crump explains, his dad believed in providing the highest-quality meat and was especially particular about his ground beef. “What you grind — and you only grind chuck — is the backbone of your business,” he’d tell his son, and he always insisted on doing things the right way, even when competitors were taking shortcuts, such as putting red dye in their ground beef to make it look more appealing to customers. In his unwavering quest for excellence, he was hard on his son, who was always trying to impress his dad, even though it seemed like he never could. He eventually realized that wasn’t the case.

“I always wanted to get his approval, but he never said I was doing a good job,” Crump says. “I was complaining about that one day, and one of my brothers took me aside, put his hands on my shoulders, and said, ‘You’re a slow learner, aren’t you?’ He asked me when does dad ever talk to me. I told him it’s when I screw up. Then he asked when he doesn’t talk to me. That’s when I got it. If he didn’t talk to you much, it meant you were doing a good job. He was a man of very few words, but I understand what he was doing.”

Crump worked alongside his father through grade school, middle school and high school, and he admits that, though it was a great learning experience, he resented it. He was determined to do anything but the butcher business after he graduated from high school, but he simply could not get away. It didn’t help that his dad planted a seed in his head, telling him that this was a job where he’d never have to look over his shoulder. That appealed to his irreverent spirit, and Crump threw himself full force into working at the store, learning the ins and outs of the business so that he could take over when his father passed on the torch. 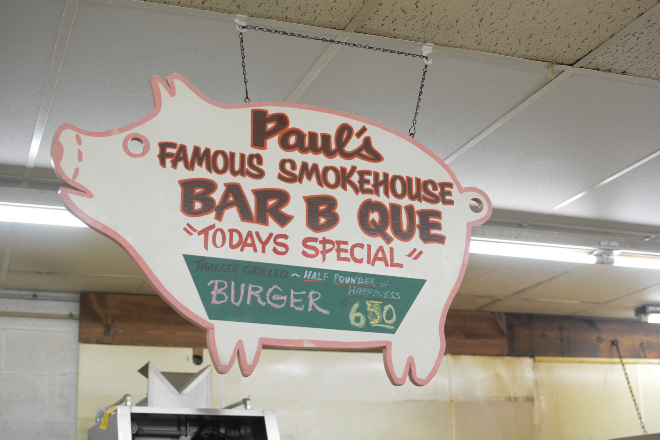 In 1977, Paul’s moved into its current building, located directly behind the original storefront. Not long after, Crump took over the operation and expanded its hot foods offerings, beginning with barbecue and eventually expanding into burgers. He’s remodeled the place twice, and he’s in the process of another round so that he can offer even more made-to-order items. He’s also started doing outside sales, shipping steaks and seafood to every state in the continental U.S., and is proud that his business is quickly adaptable to roll with whatever punches come their way.

And those challenges have certainly come. In addition to the natural ups and downs of business, Crump witnessed Ferguson grapple with its identity following the death of Michael Brown and, more recently, the COVID-19 pandemic. He says he has been fortunate throughout and credits the Ferguson community’s unwavering support for the market’s continued success.

“When I look at our little business, I think back to how my grandma used to make a quilt,” Crump says. “People she knew would all give her little squares, and she would put those together to make it. I think of us as one of those squares. I want to take care of my square the best that I can, and, with everyone else doing that, we can make a really nice quilt that’s a piece of art.”