Gather, a New Cafe from the Owners of Urban Fort, Serves the Broader McKinley Heights Community 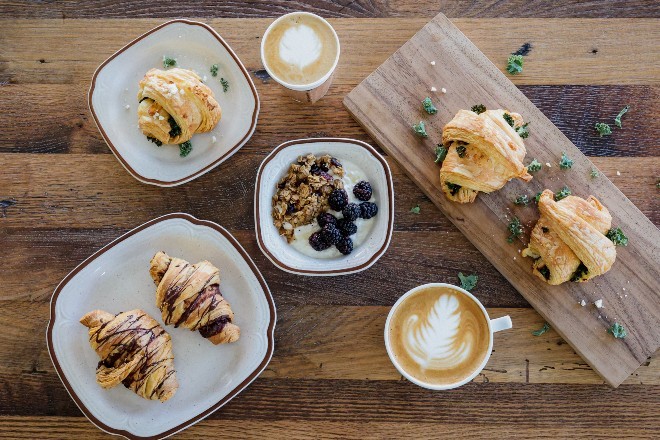 Editor's Note: A previous version of this story stated that Gather and Urban Fort have separate entrances. The two entities share an entry hallway. We regret the error.

Megan King-Popp, co-owner of the recently opened café, Gather, has strong feelings on the word “pivot.”

“I hate that word. I’m so sick of that word,” King-Popp says.

Regardless, Gather can be seen as a pivot from the previous setup of the space as Urban Fort, a kids’ play-space and cafe combo. When COVID-19 hit, King-Popp took the opportunity to do what she had wanted to do since the beginning – isolate and rebrand the cafe portion of her business, while allowing Urban Fort to continue as is.

“People thought we were a daycare, rather than a café,” King-Popp says. “It became really clear that we had to separate ourselves in branding as well in [the physical space] in order to capture a new audience.”

Still, King-Popp sees Gather not as a pivot, per se, but as a way to befriend and serve their neighbors of the last four years. She admits that the atmosphere of kids under the age of six wasn’t everybody’s cup of tea, but she wanted to bring in the McKinley Heights community, as well as foot traffic from adjacent neighborhoods like Fox Park, Soulard, and Benton Park. Seeing people at neighborhood association meetings over the years and not being able to serve them saddened King-Popp, and now, with Gather, she’s reaching members of the community she had not before.

In order to separate the two concepts, King-Popp and her business partner, Monica Croke, sectioned off a portion of the building with a soundproof wall. On one side, Urban Fort continues to exist as a play café, while Gather operates as a standalone eatery. Gather continues serving in Urban Fort, though; food and drink orders can still be made from the Urban Fort side and are brought over through a service door between the spaces. Otherwise, the two are independent with separate spaces and vastly different atmospheres.

The new vibe of Gather is calm. Outside, picnic tables and chairs are protected with umbrellas and tree cover. Inside, wooden furniture is lain with burnt yellow and deep purple chair cushions. The interior design and decor of Gather is all new, whereas at Urban Fort, the focus was on toys, as that was most important for the kids. Focusing on interior design did not make sense in a space where chairs were stained with cupcakes, so King-Popp is excited at the opportunity to lean into the new design and make Gather a comfortable space for the community.

“We have a lot more vintage things,” King-Popp says. “Plants. You don’t normally have plants in a kids’ space.”

Most of the menu remains the same from the Urban Fort days, but new items include a popular biscuit sandwich and a BLT. A French toast bake – a composition of chopped croissants cooked with lemons and blueberries – has also taken off lately, and the quiche remains a best-seller. Espresso comes from Blueprint Coffee, coffee and cold brew come from Living Room, and tea is from Big Heart Tea Co. The menu rotates seasonally, with new items arriving the first part of July.

King-Popp and co-owner Monica Croke emphasize that being moms notably impacts their business ethos, and they’ve been heartened to hear from fellow parents who often express their gratitudefor the care taken with the food and coffee. 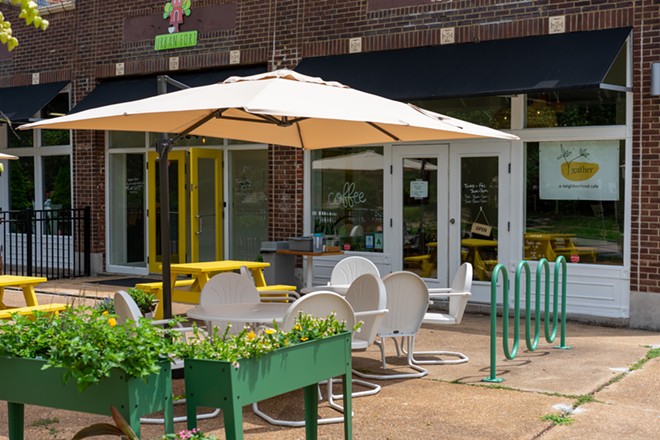 “We’ve always taken care to make sure that we’re selling the best products, because parents deserve that too,” King-Popp says. “And I don’t feel like a lot of childrens’ places put a lot of emphasis on their food and coffee.”

King-Popp and Croke are excited to embody the words on their website that advertise Gather as a “Neighborhood Café,” and they believe that by reinventing the space for an expanded audience, they are able to better serve their McKinley Heights neighbors. Though the food, coffee and ownership of Gather remains the same as it has been for four years, King-Popp emphasizes that this is a new café and will achieve what she felt that they were missing at Urban Fort.

“I like having the opportunity to serve the community that we’ve fallen in love with,” King-Popp says. “That’s been the best part—being able to embrace our neighborhood.”