St. Louis Standards: King & I Introduced Us to Thai Food

Shayn Prapaisilp considers the fact that his family’s restaurant, King & I, even exists to be a small miracle.

Hailing from two far-apart regions of Thailand, Prapaisilp’s parents, Suchin and Sue, were an unlikely pairing. When they met, she was a psychology student at the University of Illinois at Chicago who had just moved to the U.S. from the north of Thailand. His father had immigrated to St. Louis from the far south of that country and was working at his brother’s grocery store, Jay Asian Food Corp., on South Grand Boulevard.

Back then, getting back to Southeast Asia wasn’t as easy as searching for flights on Kayak; it involved a significant amount of expertise and legwork — which Sue and her sister were willing to do through a boutique travel company they started as a college side hustle. Suchin would regularly use Sue’s company to go back to Thailand to see his family. Pretty soon, their professional relationship developed into love, marriage and a move to St. Louis — despite Sue’s protests — to start a life together.

That life did not necessarily involve a restaurant. According to Prapaisilp, his father was originally intent on going all-in with the grocery business, and he found success alongside his brother, expanding Jay Asian to include a multitude of global goods and renaming the business Jay International Food Corp. However, Suchin’s entrepreneurial spirit told him that there was an opportunity for something more.

“I think at the time, in the early ’80s, folks were familiar enough with Chinese cuisine because people had either served in the military or traveled to Asia, but Thai food was brand spanking new in St. Louis,” Prapaisilp says. “My dad was selling groceries, but he realized that no one was really doing that kind of food. It was nostalgia for him. He was eating Thai food at home but felt that St. Louis could really come to like it.” 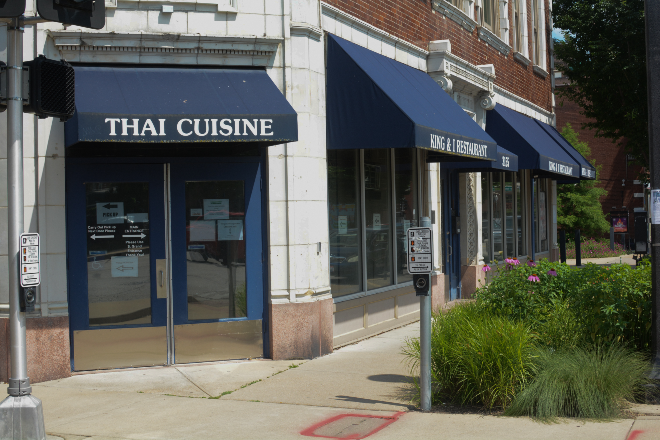 In 1983, Suchin and Sue took the leap and opened King & I in its original location on the corner of South Grand Boulevard and Humphrey Street. As Prapaisilp explains, his father felt that he had to ease people into the idea of Thai cuisine, so he started out with a menu that was 50 percent Thai and 50 percent Chinese as a way to mitigate risk.

“Back then, Asian food was considered this mass cuisine with soy sauce,” Prapaisilp says. “He worried that if he opened a restaurant with all Thai food it might turn people off. It’s funny to think that pad Thai was avant-garde in the ’80s.”

The Prapaisilp family’s gamble paid off. It didn’t take long for them to develop a robust following, and eventually, King & I became so popular that the family moved it to its current location across the street on South Grand Boulevard. Though he was just a kid, Prapaisilp remembers the move and looks back fondly on growing up in the restaurant and having that bustling strip of south city as his playground. Working alongside his parents, grandfather, aunts and uncles, he and his family pulled together to offer a piece of themselves to the St. Louis dining community — and still do to this day.

“We have a lot of the same staff members who have been with us for years,” Prapaisilp says. “Our current chef learned from my aunt, so what’s neat is that there is a lot of continuity. It’s not just that we’ve been around for so long, but that we are consistent.” 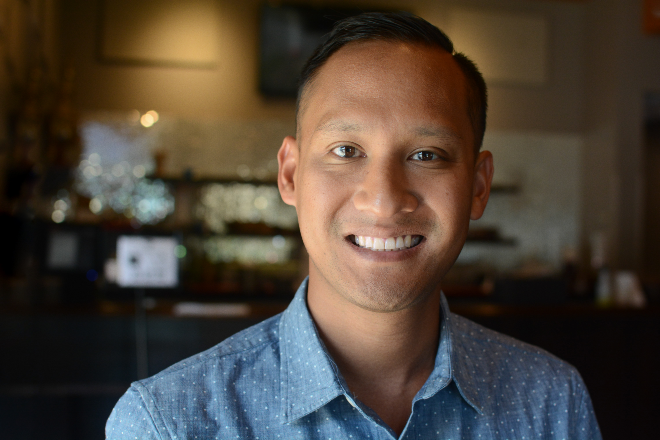 That consistency has paid off not only in a loyal customer base but also in recognition from the Thai government. For the past five years, King & I has received the prestigious Thai SELECT award, an honor from the Royal Thai Government that recognizes authenticity in Thai cuisine served in the United States. The restaurant was the only one in the entire state of Missouri to receive such an honor.

As thrilling as the recognition from the Thai government is, what keeps the Prapaisilp family motivated are the love and loyalty of its customers throughout all of its brands. In addition to King & I, the family still runs Jay International Food Corp., as well as Global Foods, United Provisions, Oishi Sushi, Oishi Steakhouse and Prapaisilp’s venture, Chao Baan. Through it all, the family has been humbled that they have been able to become such a part of people’s lives — something Prapaisilp is confident they will continue to do for years to come.

“What’s great for us and keeps us going is that we’ve seen folks come in when they started dating, got married and had kids,” Prapaisilp says. “Now they are coming in with their grandkids. There are a lot of iconic St. Louis restaurants, and we like to consider ourselves one of those. Thirty years is tough for any business, but people keep coming back. We feel lucky to not just be nourishing St. Louis but to be a part of fond memories in people’s lives.”