For Trezel Brown, it's been a joyful week. Not only is she celebrating the two-year anniversary of her restaurant, CC's Vegan Spot (231 East Delmar Avenue, Alton, Illinois; 618-433-8300); she's also thrilled to announce that she is moving the plant-based eatery to south St. Louis, with plans open near the intersection of Loughborough and Macklind avenues in early July.

The new CC's Vegan Spot will replace her original Alton location, which will close at the end of June. Though Brown admits the move is bittersweet, she cannot wait to begin the next chapter of her restaurant.

"I wanted to keep the Alton location, but it just didn't work out," Brown says. "It's just best for me to let go so that I can put my whole heart and soul into one location, especially with it being so hard to find employees. It's bittersweet. I'll never forget where it all started."

The forthcoming CC's Vegan Spot will be located in the former Corner Bistro space and will have the same menu her regulars have come to love with a few minor tweaks. Brown will be taking the Beyond Burgers off the menu and will instead focus on her own eggplant and beet burgers, which have been great sellers. She will also continue offering her signature "Ish Bites," "ChickN Sandwich" and jalapeño poppers, as well as other vegan savory and sweet items.

A talented home cook, Trezel began experimenting with vegan cuisine about six years ago as a way to help mitigate her dietary issues. She quickly found that, not only did she feel better, she fell in love with vegan cooking and developed an extensive repertoire of dishes that her family and friends raved about.

However, she had no plans to open a vegan restaurant. Instead, she originally envisioned CC's as an icee shop inspired by the ones she loved to visit on trips to Harlem in New York City. With that business plan in mind, she opened the doors to her original Alton, Illinois, location in May of 2019, only to shift to a full-fledged vegan eatery six weeks later, after her family members encouraged her to do so.

For two years, she ran the Alton CC's, finding success throughout the challenges of the pandemic and making a name for herself as one of the most thrilling vegan restaurants in the area. She credits the allure to her deeply flavorful, comfort-food style that reinterprets familiar meat-based dishes in plant-based form.

Brown is thrilled to soon offer those dishes to a St. Louis audience. From the idea's inception, she thought she'd open CC's in south city, and even came close to inking a lease on Cherokee Street. However, when that deal fell through, she decided on the Alton location because it was close to her home. Though she loved the spot and had decent support from the locals, 80-percent of her business came from St. Louis. It made the move to Loughborough Avenue a no-brainer, even though she says she will always hold the Alton location close to her heart.

Brown has planned a soft opening of the new location for June 25 and hopes to open the first week of July. She is excited that the new digs will have a smaller, but more useful footprint that will make it easier to manage. She's also looking forward to the new place's patio seating, which she believes will be an asset as the industry continues to face pandemic-related challenges.

"Everything is falling into place, and this is just such a blessing," Brown says. "I've worked hard too, though. This is two years of getting up at 4 a.m. and going to bed at midnight. Am I scared? Yes. Am I nervous? Yes. This is a whole other level and opportunity, that it feels like I am dreaming." 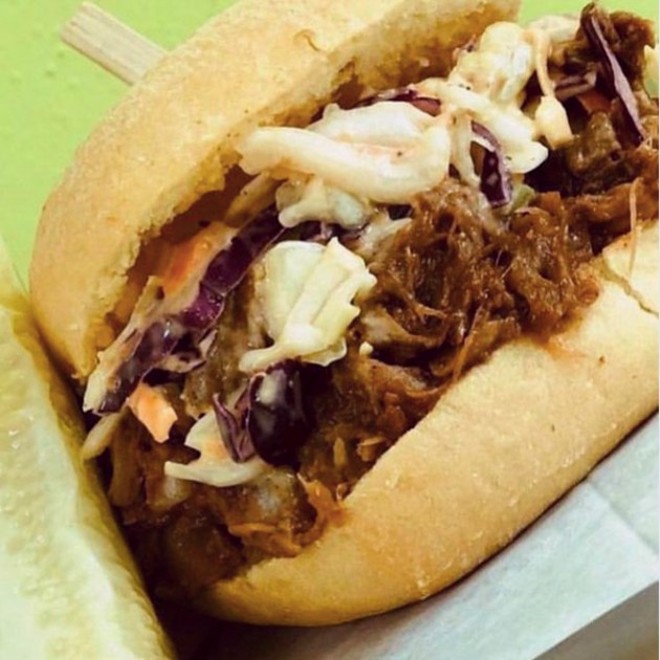