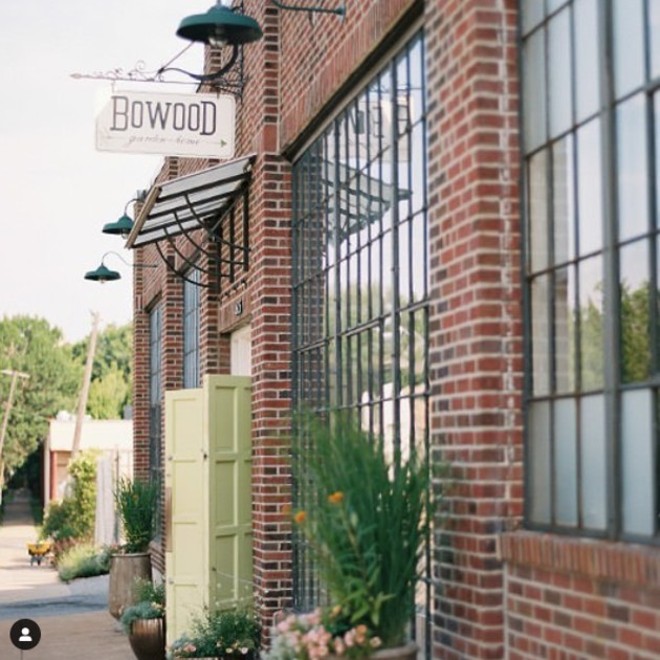 New life is being breathed into the restaurant space at Bowood Farms (4605 Olive Street, 314-454-6868) courtesy of a celebrated name in the St. Louis restaurant scene. Bowood by Niche, a new restaurant from acclaimed chef and restaurateur Gerard Craft, will open late this summer in the building's former Cafe Osage space.

Craft announced the forthcoming restaurant on Wednesday on social media, noting his excitement at "delivering warm hospitality for lunch, dinner and brunch late Summer 2021." According to Craft, that comfortable, neighborhood feel he described in his posts will be the defining characteristic of Bowood by Niche.

"We're really trying to make this a neighborhood spot," Craft says. "This is not going to be molecular gastronomy. This is real, comfortable, soulful food. That's what this space already does well, and we want the whole restaurant to feel like a big hug after a year when you couldn't have one."

Though Craft has not yet released details of the menu, he says there will be a wood grill and oven on the newly renovated outdoor dining area. Whatever form particular dishes take, however, one thing he wants to make sure of is that the new restaurant carries on the legacy of Bowood's founder, John McPheeters, who passed away over the summer. As Craft explains, he and McPheeters have a history together; the two men got to know each other during the launch of McPheeters' Magnificent Missouri project, which celebrated the Missouri River Valley west of St. Louis.

"I recently saw a video of when we did the big launch party for Magnificent Missouri at Bowood, so this all feels like it's coming full circle," Craft says. "The space, John's mindset, how we injected food into the conversation with Magnificent Missouri and the farmers in the Missouri River Valley — this ties all of that together. I've always been in love with this space; it has so much soul. This place is truly a labor of love for that family, and now his kids have the same amount of passion for the space and are just amazing people. We are so excited to be working with them."