De'Lish Emporium, from Bri Delights and Jay Sweets, to Open This Summer in Benton Park 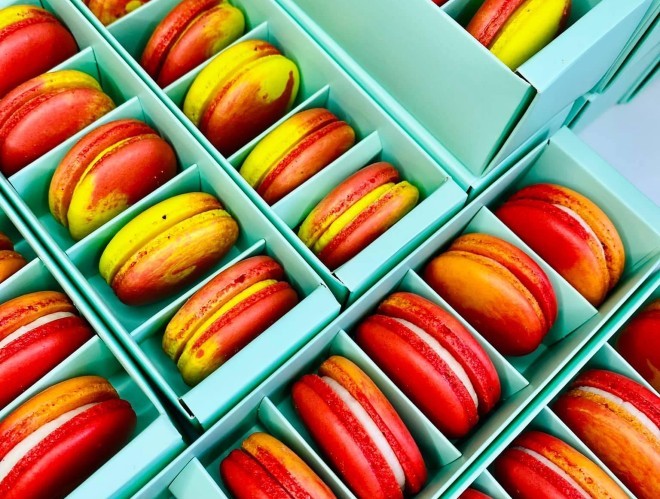 For years, Jeramy Perry and Bri Rubin have been using their culinary talents to help other people realize their visions. Now, the husband and wife pastry team are excited to finally make their own dreams a reality when they open their new bakery, De'Lish Emporium (www.delishemporium.com), this summer in Benton Park.

"We've always done everything for everyone else, but now the question is what can we do for ourselves that will make us happy and content," Rubin says. "I lost my job because of the pandemic; Jeramy was an essential worker. It was scary, so we felt that now was the time for us to figure out who we want to be and what legacy we want to leave for our children."

Perry and Rubin, who go professionally by the names Jay Sweets and Bri Delights, met eight years ago while working in the restaurant business. At the time, Rubin was a culinary school graduate and Perry was currently finishing up his culinary program, both focused on pastry. It was natural that they would bake together in their spare time, and they found joy in making special treats for friends and family.

Eventually, their efforts turned into the business Bri Delights. While working full-time in other jobs, the pair tried their best to keep up with orders they got through social media, pop-ups and word-of-mouth recommendations from loved ones. After five and a half years, they wound down the operation to focus on their other jobs and raising their growing family.

Now they are back at it, only this time, they've taken the leap and gone all-in with De'Lish Emporium. According to Perry and Rubin, the bakery is part of a multi-use building in Benton Park, near the intersection of Jefferson Avenue and Arsenal Street that is currently under construction. De'Lish will be the first part of the operation to open; after that, an events space will double as a cafe for the bakery during daytime hours. Additionally, they plan to have a space at De'Lish for local artists and makers to sell their goods, and a commissary kitchen to help people get their food business ideas off the ground.

As for the bakery itself, Perry and Rubin describe their style as nostalgic, but bold. They like to take things that are familiar and reinvent them — something they have been eager to do while working for others.

"We've been wanting to embrace this side," Rubin says. "Anywhere we've worked we've had these creative limits and could only go so far. This is our chance to be bold, be outside the box and do what we want to do."

Perry and Rubin are proud of their commitment to making everthing from scratch. Their hot chocolate bombs, for instance, use not only homemade chocolate, but homemade marshmallows; every ingredient — from the cookies in the cookies and cream version to sprinkles — are made from scratch. Guests can also expect pastries such as traditional French-style macarons and a Chocolate Lovers cake made with chocolate cake, chocolate buttercream, chocolate macaron crunch, chocolate ganache and mini chocolate chips.

Though they do not have an opening date set, Perry and Rubin hope to have at least the bakery part of the operation open in the next one to two months for curbside only. They plan on having their grand opening sometime in the summer.

"The St. Louis food community is so wonderful," Rubin says. "We want to support that. It's so good to have a community of people who you know and trust that you can send people to if there is something that you can't make for someone. We're so happy to be part of it, and we want to give back."