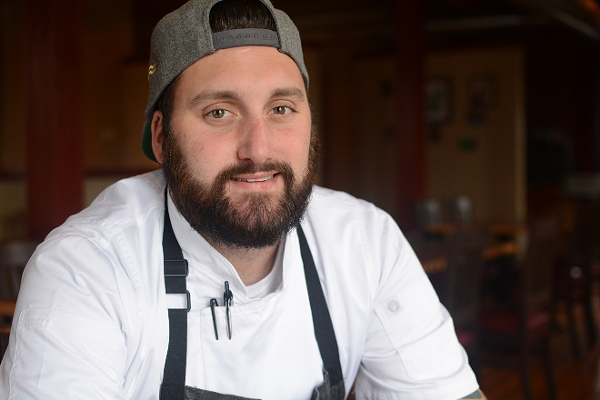 Citing the departure as a "career move," Kolb says he is excited for the opportunities that will be afforded him at Hangar. The restaurant, which opened in Rock Hill last August, features an eclectic menu that he thinks will give him a great jumping-off point to be creative.

"Hangar gives me creative freedom," says Kolb. "This is a passion project for them [owners Chris and Courtney Sedlak], and their menu is set up like a walk down memory lane of the favorite eateries they've been at. That gives me the creative freedom to cook an interesting sandwich and then whip up a short-rib dish. The sandbox I'm playing in isn't so small. I can do whatever I please."

Kolb joined the Quincy Street Bistro team most recently this past fall, working with it's new owner, Todd Tiefenauer, to breathe new life into the storied space. The original Quincy Street, which ran from 2011 until 2018, was a popular and acclaimed neighborhood staple, thanks to the culinary leadership of James Beard Award semifinalist chef Rick Lewis. Kolb worked at the restaurant's original incarnation for four years, which is why Tiefenauer sought his expertise, even as he works hard to put his own stamp on the place.

"Quincy is doing great," Kolb says. "I came here for the sole fact that this building reopened and this is where I spent so many years. I wanted to see it through and make sure it opened under the right mentality."

According to Kolb, the Hangar job was in the works for a while — even before he joined Tiefenauer at Quincy Street. Last year, after moving back to St. Louis from Kansas City, Kolb briefly worked for the Sedlaks in their commissary kitchen. Though the gig didn't work out at the time, the Sedlaks kept Kolb on their radar and recently reached out to him to see if he'd be interested in joining them at Hangar. After several conversations about the menu and their vision for the restaurant, he decided to take the leap.

"It checks off a lot of boxes," says Kolb. "I think Todd has a good vision at Quincy Street, but at the same time, I would like to pursue something with a little more ability to fly."