St. Louis Is Once Again Up For Best Beer City in the Country in USA Today Poll 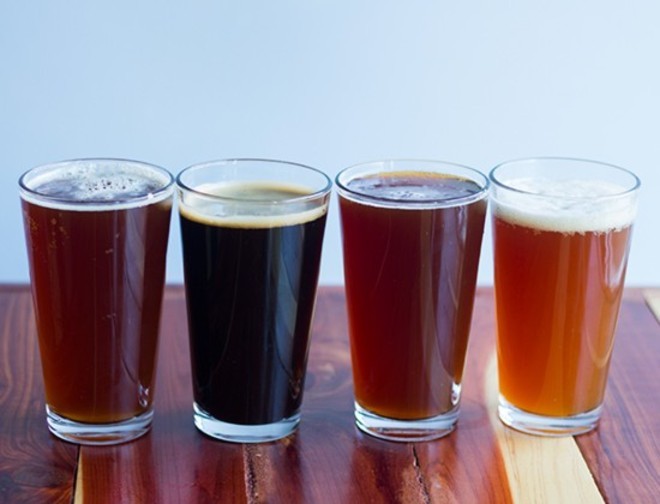 St. Louisans may have a self-deprecating sense of pride when it comes to our fair city (tops in STDs! highest murder rate!), but in the case of our outstanding beer scene, there's no irony in our affection. We make great beer — always have — and will put our brews up against those from other cities any day of the week.

It's no surprise, then, that St. Louis has again been nominated as the Best Beer City by USA Today. For the fourth year in a row, the city has been chosen as one of twenty finalists for the paper's Readers Choice award by a panel of beer experts. Readers will vote for their favorite from the list of nominees, which includes such esteemed beer cities as Fort Collins, Colorado, Bend, Oregon and Grand Rapids, Michigan. Voting is live now and will run until Tuesday, March 16 at noon, with winners being announced on Friday, March 26.

According to USA Today, the nominee cities were chosen by a panel of five national beer experts, based on "stellar selections of established and up-and-coming breweries, beer bars, brewpubs, beer festivals" and "thriving home-brewing communities where novice brewers can get their foot in the door." Of St. Louis in particular, the paper notes the city's longstanding heritage as a beer city while commending its present scene, and gives nods to Schlafly, 21st Street Brewer's Bar, and Bridge Tap House & Wine Bar as evidence of what makes it so special.

St. Louis is the defending champion for USA Today's Best Beer City and has won the award every year since 2018. If you want to make sure we retain our Budweiser-shaped crown, you can vote here.