St. Louis Parishes Gear Up for a Fish-Fry Season Like No Other

5chw4r7z/FLICKR Fish-fry season won't be the same this year. 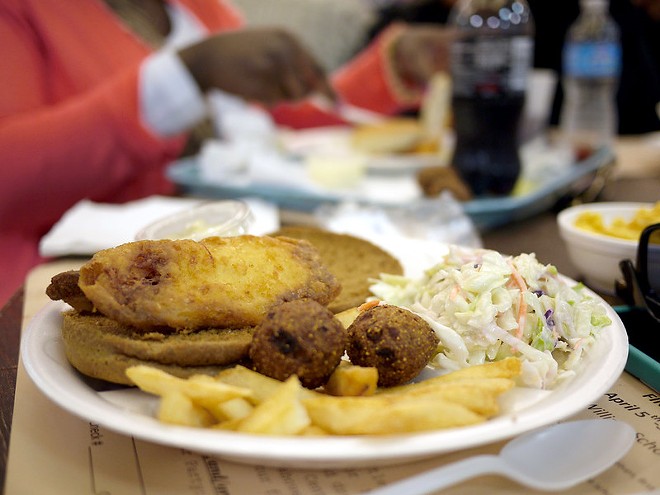 This time last year, Monica Hunyar was up to her neck in cod — or at least it felt that way.

As with any fish-fry season at the Epiphany of Our Lord parish in south St. Louis, Hunyar was hard at work months before the first one of the year, assembling her army of volunteers, planning out the schedule and wrapping her head around her budget so she could begin ordering the massive amounts of food needed to pull off her church's weekly Lenten fried-fish extravaganzas.

She and her team had six fish fries planned out and were cruising along through the first few, business as usual, until COVID-19 made them abruptly change course.

"[We] only ended up doing three of them," Hunyar says. "We bought product for all of them. Fortunately, some of it can carry over, but a lot of it can't. This year, we're going week by week to try to be careful of expenses and mindful of how quickly things can change, because we just don't know what will happen."

Like Epiphany of Our Lord, parishes around the St. Louis area are facing unprecedented challenges as they struggle to figure out how to carry on their annual fish fries. Beloved by both Catholics and non-Catholics alike, the Lenten fish fry has become a St. Louis institution, heralded less for its deep-fried cod and catfish than for the community-building, social aspect of the event. Occurring on Fridays (and some on Ash Wednesday) during Lent, the parish fish fry originated as a way for Catholics to meet their obligation of abstaining from meat on Fridays during the 40-day season of penance and reflection while supporting their local parishes. However, over the years, the events have evolved into lively social gatherings frequented by those from all faiths, and even nonbelievers.

"St. Louis is such a Catholic town, with about 500,000 Catholics, so there are a lot of people participating in the Lenten season," says Maria Lemakis, a representative of the Archdiocese of St. Louis. "The food is so good that people flock [to fish fries], but it's really a community-building event. Our parishes have such strong faith communities, and people want to be a part of that. It's not just about food but about supporting one another, sharing meals and being a part of something that brings people together."

Fr. Timothy Noelker has witnessed firsthand how the parish fish fry can serve as a community-building event. As pastor of St. Cecilia Catholic Church in south St. Louis, Noelker presides over the city's "Original Mexican Fish Fry," which draws crowds from all over the area for its fish tacos, tostadas, tamales, margaritas and mariachi band.

"It's interesting that fish fries started because we don't eat meat on Fridays as an act of penance and self-denial, so I think we sometimes fulfill the letter but not the spirit; temperance is a virtue," Noelker laughs.

However, the loss of revenue St. Cecilia and other parishes are missing out on this year due to reduced business is nothing to laugh about. As Noelker explains, the money raised from St. Cecilia's fish fries has real impact on the parish community. The primarily Spanish-speaking parish serves mostly immigrant families who rely on financial assistance to attend the church's school; fish-fry earnings go to those scholarships, as well as other outreach. As important as that is to the budget, Noelker and his team quickly realized last year that they had no choice but to shut down their operation once the reality of COVID-19 set in.

"Originally, we were plugging along full steam ahead, then in mid-March it was, 'OK, no steam ahead and everybody stay put,'" Noelker recalls. "We would have loved to have fish fries, but neither the atmosphere and food nor profits are the ultimate thing. We are at the service of our Lord and the people that our Lord brings to us, so safety was first and foremost in everyone's mind. It seemed like it was the right thing to shut down."

This year, St. Cecilia, Epiphany of Our Lord and many other parishes around St. Louis are moving forward with their fish fries, though they will look drastically different. Though fish fries are traditionally handled at the parish level, with each individual church having a good deal of autonomy in how they execute their event — if they even choose to do one at all — this year the Archdiocese has issued more stringent guidance. Unlike city and county restaurants, which are allowed to accommodate indoor diners at reduced capacity, the Archdiocese has mandated that all fish fries must be carry-out or drive-through only, and is referring its parishes to federal, state and local guidelines on masking, social distancing and other measures meant to slow the spread of the virus.

For Colleen Richmond, a member of the "School of Fish," which is the nickname given to the organizers of Christ the King's fish fry, the current climate and challenge of navigating cumbersome guidelines proved too much. Faced with a setup not ideal for takeout and real concerns about in-person gathering of any sort, she and her team at the University City parish decided to cancel for the year. However, the logistics weren't the main reason for the decision.

"I think a big part of it is while it is a huge fundraiser for us — we earn a significant amount of money — the community aspect is not there," Richmond says. "This is something a lot of people look forward to every year. They want to come in and hang out in a tent, and we're not going to have that this year. Honestly, I'm not even sure how many people would be comfortable coming out even for carry-out; some older people want to stay in, which is understandable. I'm a nurse, as is one of the other managers, and the logistics of keeping people safe would not be worth the headache. I don't want to have to police anybody or put anyone at risk." 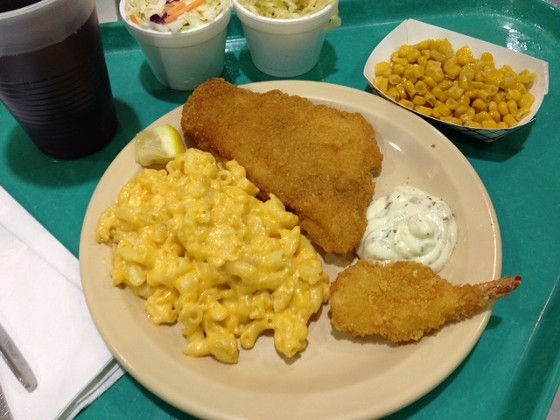 Parishes with larger setups, such as Epiphany of Our Lord, St. Cecilia, St. Ferdinand in Florissant (which only recently decided to move forward with its fish fry this year) and several others, remain confident they can pull off their fries while adhering to pandemic protocols. Still, even as the recipes remain the same and the cod continues to get dunked in the fryer, this year will be much different — and sound much different, too.

"Just the family part will be different," Hunyer says. "Usually, we have kids and family running around the gym. We're going to miss that side of it. It's good noise, and we're not going to have it. It's probably just going to be adults coming in, picking up their orders and leaving — very quiet. It's not going to be forever, though. We will get this under our belts, do what we can do, and next year hopefully we are back to a more normal situation enjoying everybody's company. This is just the way it needs to be now."