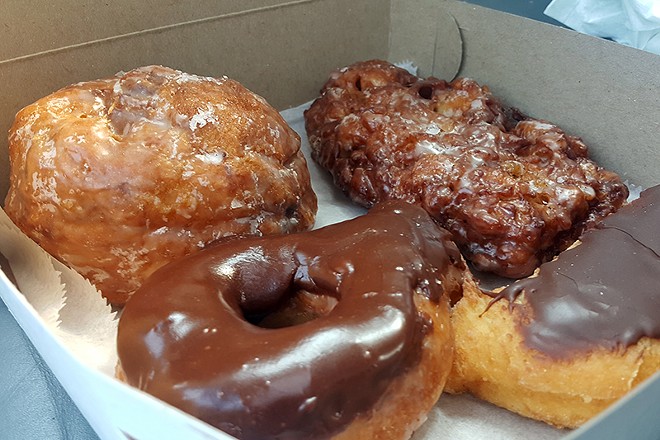 In most situations, referring to your creations as "globs" is a bad thing. In the case of the Donut Stop, those globs will gain you not only a loyal following but a nod in Food & Wine.

The prestigious publication has crowned the south St. Louis County doughnut mainstay as the best in Missouri in a roundup released last week. According to writer David Landsel, the Donut Stop rises to the top of of the fried dough pack thanks to its cherry fritters, fry pies, French crullers and cinnamon globs, which he describes as, "like a cinnamon roll, if somebody ran out of time to make it nice." Never mind the aesthetics, he says. The glob is "lacking in finesse, absolutely, but gorgeous all the same."

This is not the first time Food & Wine has heaped its love upon the Donut Stop. In 2017, magazine selected the shop as one of America's Best Doughnuts for its old-school vibe and delicious offerings.

The Donut Stop has been a south county institution for more than 60 years. In a city blessed with a wealth of independent doughnut shops, the fact that it has remained relevant, even as doughnut trends come and go, is proof that a good, old-fashioned cinnamon glob and styrofoam cup of drip coffee never goes out of style.