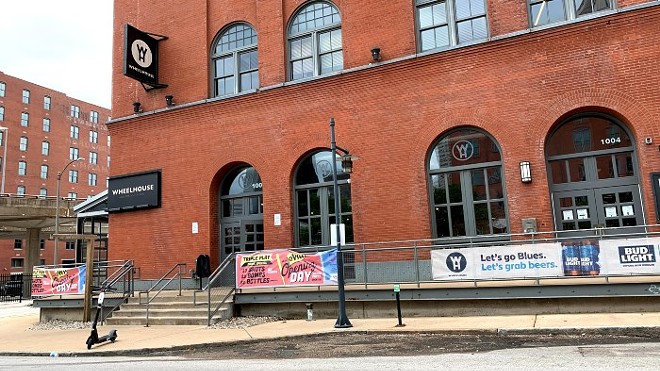 Brunch for bros is back in business.

The Wheelhouse (1000 Spruce St., 314-833-3653) announced on its social media accounts, as legally obligated, that it has made an agreement with the city and will reopen this weekend.

Just last month, the city health department slapped the "party establishment" and its sister venue Start Bar with an order to shut down until 2022 for what it said were repeated violations of COVID-19 protocols — primarily, hosting large crowds of unmasked patrons.

The bars, which have the same owners, had already been shut down twice before during the pandemic. After a third strike, St. Louis Health Department Director Dr. Fredrick Echols brought the hammer down with a year-long closure.

The bars framed the ban as an attack on business and the personal freedom of its customers.

In a previous lawsuit the bars filed against the city, owners argued that they couldn't be the "mask police." That didn't turn out to be a particularly persuasive argument as the courts sided with the city. As part of a new consent order negotiated with the city, the bars changed course, agreeing to hire off-duty officers to ensure crowds don't exceed one-third of occupancy.

They've also agreed to install additional security cameras so the city can check in on their compliance. If they break the rules again, the bars agree the city can immediately shut them down for six months.

The bars say they'll be doing table service only.

"We are asking for your assistance in respecting the City's orders so that we can continue serving our great customers and to ensure that the 137 employees on our team can continue working to support themselves and their families," the bars said today in a note to customers.