BEAST, Bolyard's, Kenrick's Named Three of the Best Butcher Shops in the Country By Food & Wine 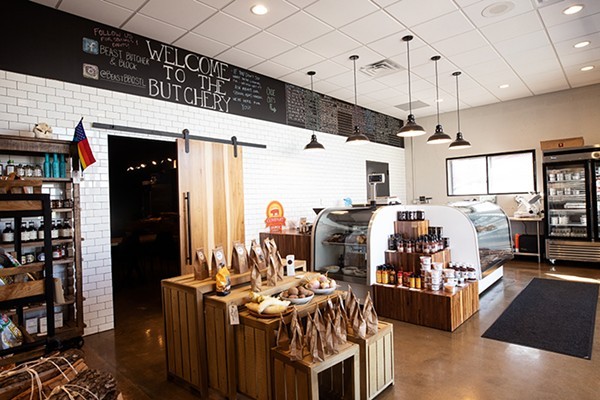 The magazine announced the honorees on November 20, placing the three St. Louis area shops on its list of nearly 100 establishments from around the country. In putting together its selections, the magazine noted the popularity of such establishments during the COVID-19 pandemic thanks to a rise in home cooking.

Both BEAST and Bolyard's were praised for the high-quality products they've helped St. Louis diners bring to their home tables. BEAST, in particular, was recognized for it's Wagyu brisket, Duroc pork and Salami Cotto, as well as its insistence on empowering home cooks even though the butchery is affiliated with an acclaimed smokehouse. Bolyard's earned its high marks for owner Chris Boylard's unwavering commitment to sustainability and local sourcing.

Kenrick's nod centered around its legacy in the city's meat market scene, with the article noting that it has been doing things the same way since its founding in 1940. The magazine also notes the impressive size of the shop, as well as its barbecue packs, which are a staple of St. Louis summer cookouts.

Though BEAST and Bolyard's could bask in the glow of their accolades, neither are taking time to rest. David and Meggan Sandusky, BEAST's owners, are getting ready to open their third location, BEAST Southern Kitchen & BBQ, in Columbia, Illinois. Billed as a new concept, focused on southern-inspired dishes with a focus on local farms and heritage breeds, the restaurant is slated to open in the coming months.

Meanwhile, Bolyard's recently announced that it is relocating from its Maplewood storefront to a larger space down the road, complete with a full kitchen. The new spot will expand upon the current location's sandwich menu to include a full-service dining experience, even as it remains committed to its butchery roots.

You can read the full list of winners here.