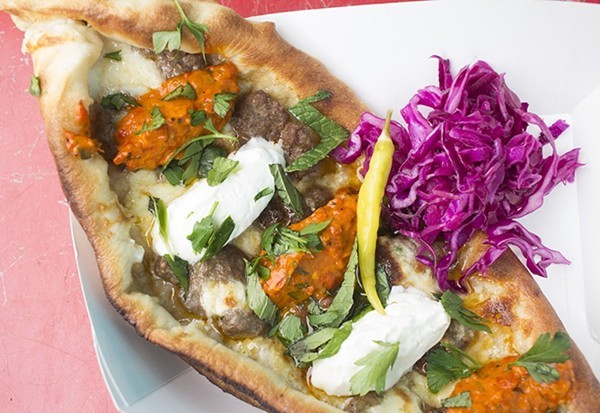 The hospitality industry has had little to celebrate this year, but two St. Louis restaurants are offering a glimmer of light in an otherwise dark slog: Balkan Treat Box (8103 Big Bend Boulevard, Webster Groves; 314-733-5700) and Indo (1642D Tower Grove Avenue, 314-899-9333) have been named two of the best new restaurants in America by Esquire, occupying two of the 23 spots on the list.

The annual list, which the magazine released yesterday, represents the best and brightest new spots around the country, praising them as a a representation of the "stubborn survival of community in the face of what can only be described as an existential threat." And indeed, since March of this year, the industry across the country — nay world — has taken a beating that calls into question its very survival.

But, as the authors note, these 23 honorees serve as one more reminder of a restaurant's power to nourish our souls as well as our bodies. In that spirit, Indo is praised for the awe-inspiring talent of chef and owner Nick Bognar, whose culinary prowess is likened to the guitar virtuosity of the late Eddie Van Halen.

Edo and Loryn Nalic's Balkan Treat Box, too, earns high marks for shining a light on Bosnian cuisine, especially its pide, a boat-shaped, toppings-filled bread that the authors insist gives pizza a run for its money.

"Given the current climate of today's restaurant scene, [the honor] felt like a light in such an uncertain time," the Nalics wrote on Balkan Treat Box's Facebook page.