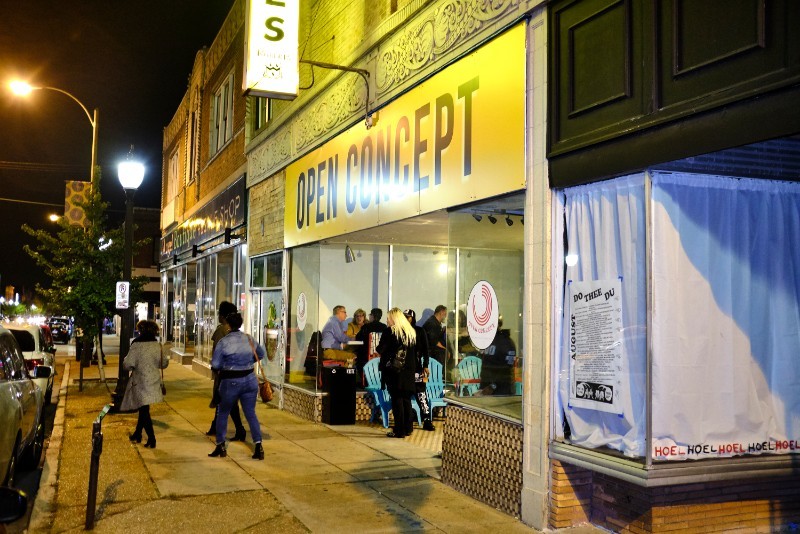 Open Concept (2712 Cherokee Street, 314-504-5246), the Cherokee Street bar that made a big splash when it opened last year due to its all-you-can-drink, pay-by-the-hour business model, has announced today that it will close for the winter.

According to a press release, the bar will close on November 2 and will stay that way until May. The release notes COVID-19 as a reason for the decision, citing safety and financial concerns.

"We are still in the midst of a pandemic, and COVID cases are beginning to rise again," the statement reads. "For the safety of our customers, staff, and finances we have decided that after Nov. 1 we will be closing our doors for the winter. Come join us for one last hoorah, leading up to Halloween. We're going to have a good time going out, and you can too!"

It's worth noting that Open Concept is owned and operated by Michael Butler, St. Louis' Recorder of Deeds. It's easy to see how operating a bar during a pandemic while simultaneously serving in government could be a fraught idea that could draw ire from critics. Open Concept had already drawn some early criticism from within the ranks of local government when it first opened, most vocally from former 7th Ward Democratic Committeewoman Marie Ceselski, who resigned her position upon the announcement that a presidential debate watch party would be held by the city and state Democratic parties at the bar.

Ceselski believed that the bar's business model would encourage excessive drinking, but an exhaustive and hot-dog-costume-clad RFT investigation of the matter showed that you were more likely to be overserved at a standard-fare north county dive bar or even an Applebee's than at Open Concept.

The concern regarding finances in the winter months is easy to understand too, and one apparently shared by multiple local bars and restaurants as we head into the slower, colder part of the year.

Just this week, Benton Park mainstay Venice Cafe announced that it would be closing until April. And in early October, Bogart's Smokehouse and Southern, two eateries in the Pappy's Smokehouse family of restaurants, each closed their doors for the colder months as well, citing financial concerns.

It's a trend that is likely to continue absent another round of stimulus money to help businesses weather the COVID-19 storm. In some ways the establishments that are able to make the decision to close for only a portion of the year are the lucky ones — others, such as Grove bar and venue the Monocle, have had to close up shop for good due to the virus.

Meanwhile, Open Concept will remain open until November 1, with events on the books for this weekend and next — including a costume contest on Halloween.

Just don't bother trying to win by dressing up as a hot dog. It's been done.