Izumi, a Japanese Concept, Launches This Week as a Series of Pop-Ups 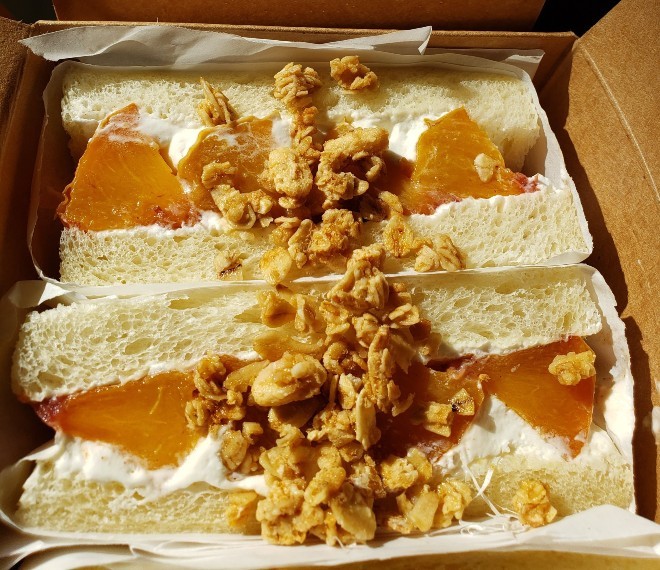 For the last year, Kurt Bellon has been helping the Prapaisilp family bring St. Louis diners a taste of their unique Thai culinary heritage as general manager of Chao Baan (4087 Chouteau Avenue #5, 314-925-8250). Now, he's getting the chance to honor his only family's traditions with his forthcoming pop-up, Izumi (www.izumistlouis.com).

"Izumi represents something I have always wanted to branch out and really make as a true and unique Japanese concept," Bellon says. "For years, I have been thinking about different sushi spots or ramen shops, and all the stars aligned for this with everything going on right now."

As Bellon explains, Izumi, which on October 8 began its first of a series of weekly pop-ups that will run at least through the end of the month, is based on sandos and snack fare readily available in convenience stores and train stations throughout Japan. It's a style of food that has always been near and dear to his heart, having spent a great deal of time in Japan visiting with his mother's family.

"One of my favorite memories is sitting in a train station where they have these little convenience stores," Bellon says. "There, it's not polite to eat in public walking around, so I would get a bag of stuff from a candy store or convenience store and would open my sando and different drinks. It's one of the best experiences I like to think about."

Though Bellon had been thinking about bringing a Japanese culinary experience to St. Louis for some time, he was inspired to do so at this moment because of a cancelled trip. Earlier this year, he was supposed to travel to Japan to visit his mother's family, but his trip was called off due to the COVID-19 pandemic. Disappointed, he set out to recreate the experience he would have had in Japan here in St. Louis.

That experience includes sandos, one of his favorite things to enjoy in Japan. As he explains, the dish is based on English tea sandwiches served on fluffy white milk bread and cut into rectangles. For the Izumi menu, Bellon plans to include several different varieties of sandos, including a tonkotsu version, made with a pork cutlet and shredded cabbage; the "Tamago," made with egg salad and kewpie mayonnaise; and the "Peach Boy," which features brown sugar and cinnamon roasted peaches with whipped cream.

Through the month of October, Bellon will be doing Izumi pop-ups at various spots throughout the Grove, including Chao Baan, Handlebar, Rockwell and Just John, where he will serve his food out of a tiny Japanese firetruck he recently purchased. Following this month, expect to see Izumi pop-ups around town as Bellon looks to expand the concept.

"With the amount of unknowns in the world right now, buying a tiny firetruck isn't that weird right now," Bellon laughs. "It's this really fun thing, and I want to partner with different locations in St. Louis and make this a team effort that is mutually beneficial. I get to hang out with cool people and establishments I respect, and they can bring something different in than what other places are doing. It's this collaborative thing, which is what makes the St. Louis food scene so great."