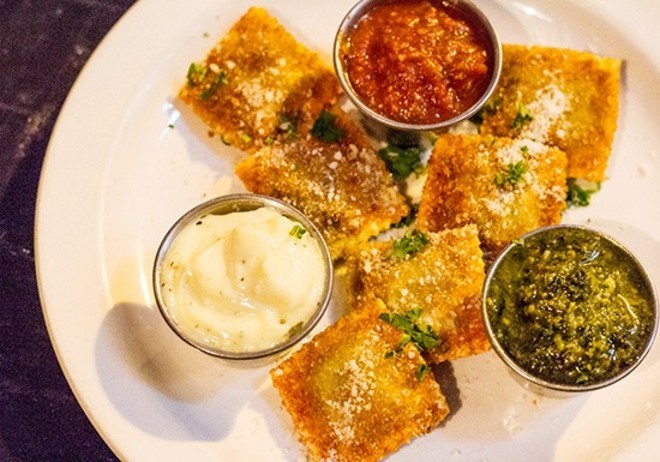 A big transition is underway in the South Grand food scene: Mangia Italiano (3145 South Grand Boulevard, 314-664-8585), the south city mainstay that has been serving up fresh pasta and Italian-American staples since 1983, is for sale.

According to the commercial real estate site BizBuySell, owner James Bonsanti is looking to sell the restaurant for $179,000 as a turnkey operation. The buyer will take over the space's $6,599.50 per month lease for its prime South Grand location and emphasizes the potential to add a patio to increase its dining capacity.

Citing "partners retiring" as the reason for the desired sale, the advertisement notes the restaurants bar, two dining rooms and downstairs events space, together with its reputation as an area hot spot, as enticements for a potential buyer. After nearly four decades in business, the spot indeed has its share of loyalists who regularly pack the place for its Italian comfort fare, as well as its 3 a.m. bar, which is a bastion of late-night revelry in the neighborhood.

Began as a fresh pasta shop and Italian deli in 1983 by Richard "Doc" and Micci Parmley, Mangia Italiano has seen several owners over the years, including David Burmeister and his partners Paul Smith, Landis Irvin and Russell Davis, who sold the restaurant to Bonsanti in 2011.

We have reached out to Mangia Italiano for comment and will update as more details emerge.