Bogart's Smokehouse and Southern to Close for the Fall and Winter. Thanks, COVID-19 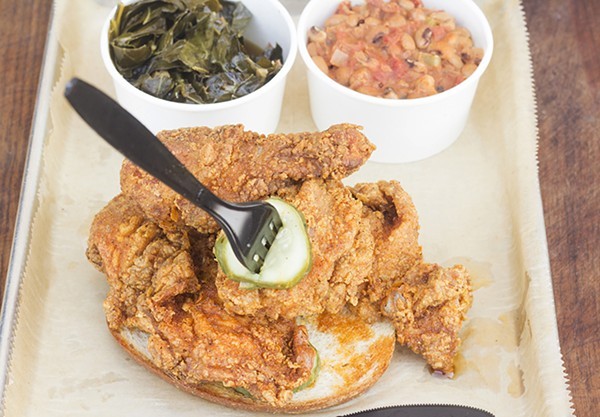 As if the COVID-19 pandemic has not already delivered its share of awful blows, there is another to add to the list: Bogart's Smokehouse and Southern, two beloved eateries in the Pappy's Smokehouse family of restaurants, are closing for the fall and winter. Both restaurants are tentatively planned to reopen in the spring of 2021.

The restaurant group announced the closures yesterday afternoon in a press release, stating that the difficult decision was necessary "to preserve the dynamic of the Pappy's family of stores." Both Bogart's and Southern will close after service on October 4.

"We have been managing our financials very closely, and based on year-to-date numbers and projections as we move into our slowest season, we believe we'll be in a better position to reopen Bogart's and Southern in March/April 2021 if we temporarily close them this fall and winter," says John Matthews, co-founder and partner of the Pappy's family of restaurants.

In prior conversations with the Riverfront Times earlier this month, Matthews noted the difficulties the industry as a whole has faced since the COVID-19 outbreak hit St. Louis hard in March. With few people working downtown and no baseball games, he acknowledged that things had been tough.

To counter the decline in business, Matthews seized upon an opportunity to open a second location of Pappy's Smokehouse in St. Charles, where many of his customers reside and business remains robust. That restaurant is slated to open sometime in October.

While the news of the closures may come as a devastating shock to fans of Bogart's and Southern, Matthews is bullish for their future and views the closures as merely temporary. In the meantime, Pappy's Midtown and Dalie's Smokehouse in Valley Park remain open.

"We want to thank everyone who has patronized Bogart’s Smokehouse and Southern throughout the years and hope they will join us at Dalie’s Smokehouse or one of our Pappy’s locations this fall and winter,” says Matthews.