Food & Wine Names BEAST Craft BBQ One of the Best BBQ Restaurants in the U.S. 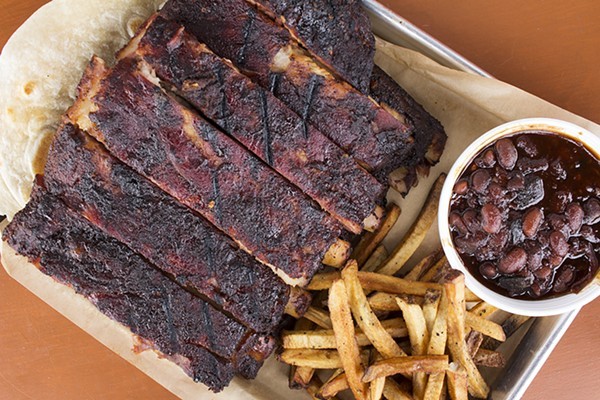 BEAST Craft BBQ (20 S. Belt Road West, Belleville, IL; 618-257-9000), the Belleville smokehouse that has consistently received local and national acclaim since opening in 2014, has another feather to add into its well-plumed cap: Food & Wine hasincluded it on its 2020 list of the Best BBQ Restaurants in America.

The culinary magazine announced its honorees last week, breaking down the winners by state. BEAST Craft BBQ was named in the Illinois category, together with Chicago's Lem's BBQ and Honey 1 BBQ, as well as 17th Street Barbecue of Murphysboro.

In the article, food writer David Landsel praises BEAST's wagyu brisket as "boundlessly flavorful," saying that it "offered a potent reminder that meat quality really matters." The author further notes that, though located across the river, BEAST should be considered some of the best barbecue in the St. Louis area.

In addition to BEAST Craft BBQ, owners David and Meggan Sandusky operate BEAST Butcher & Block in the Grove, which resumed its live-fire brunch service this past weekend, as well as the adjacent butcher and prepared-foods spot the Butchery. The husband and wife team have also announced that they will be opening a third restaurant, BEAST Southern Kitchen & BBQ, in Columbia, Illinois, later this year.