Lulu's Local Eatery to Re-Open Under New Management This Fall 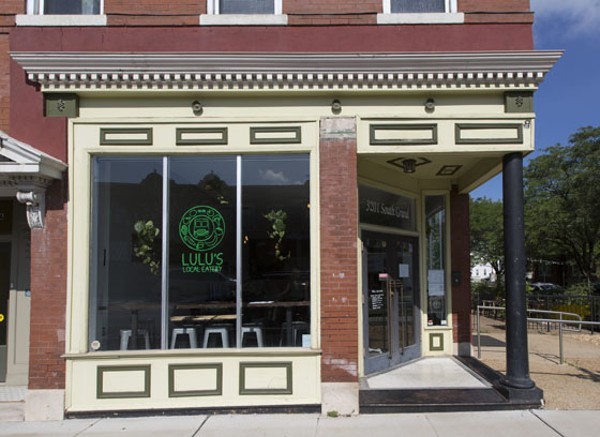 Vegans, vegetarians and anyone who loves good food, rejoice! Lulu's Local Eatery (3201 South Grand Boulevard), the South Grand plant-based oasis that shut its doors this past June, will reopen this fall under a new owner who promises to carry on the legacy of the beloved restaurant.

The buyer, who has requested to remain anonymous for reasons she would not like to make public, purchased Lulu's Local Eatery last month after hearing that the restaurant's founders, Lauren "Lulu" Loomis and Robbie Tucker, had put their business up for sale due to health reasons. A longtime patron of Lulu's, the buyer describes hearing the news of the restaurant's closure and feeling a sense of loss, not just for herself but for the community as a whole — and for a culinary movement of which she feels Lulu's was an important part.

"As a customer, I felt this was an important place," the new owner recalls. "One of the things I liked about their concept is how sustainability was a part of what they did. I worried that if another buyer came in, they might not keep that part of the operation, even though it is so essential. I thought, 'Hey, maybe I can do this.'"

Lulu's new owner comes from a veteran restaurant family and has worked in the industry her entire professional life. As she explains, she and another family member have been wanting to open a restaurant of their own for some time, but had recently put their plans on hold because of the COVID-19 pandemic that has wreaked havoc on the industry since this past March. However, when she saw the Lulu's announcement, she felt that it was the opportunity she'd been looking for.

Though the ownership is new, nearly all of the former Lulu's staff, including the kitchen manager, will return when the restaurant reopens this fall. As the buyer explains, this allows for continuity of the food and service experience; plus, retaining the staff was something she just felt was the right thing to do.

"Whenever we were completing the purchase and were toward the end of closing, I reached out to the original crew," the buyer says. "I did this before I did any new hiring because I thought it would be a good idea to have them back. I knew that if Lulu's closed there would be twenty people without jobs, so it was a good idea to work it out, and most were interested in coming back to help out."

The new buyer emphasizes that the staff is not the only thing that will remain the same under her her stewardship. As part of the purchase, she acquired all of Lulu's recipes, and she plans on keeping all of the customer favorites. However, she does have some menu tweaks up her sleeve. Working closely with the kitchen manager and staff to identify areas for change, she plans to replace less popular dishes with new ones that have a more global culinary style.

"The main, popular things are going to stay," she emphasizes. "There's not going to be a huge difference on the menu, but there will be additions. Looking forward, I will do an update on the menu where there will be more fusion recipes. I'm still working on them, but look for dishes that will be a fusion of cultures."

Right now, her goal for reopening is late September or early October, but she says that is dependent on how fast she can get inspections and licensing completed with the city of St. Louis. Once the doors re-open, she plans to offer carryout and curbside service only, and will think of having patio service when she feels she can safely do so.

For now, though, she is just happy that she gets to carry on a legacy that she feels is a vital part of the St. Louis food scene.

"For me, I don't eat meat, but what is also important is the restaurant's commitment to sustainability," she says. "I've worked in the business my whole career, so I know how much food waste happens in one restaurant. If we can start adapting and doing things differently going forward, it could have a huge impact."