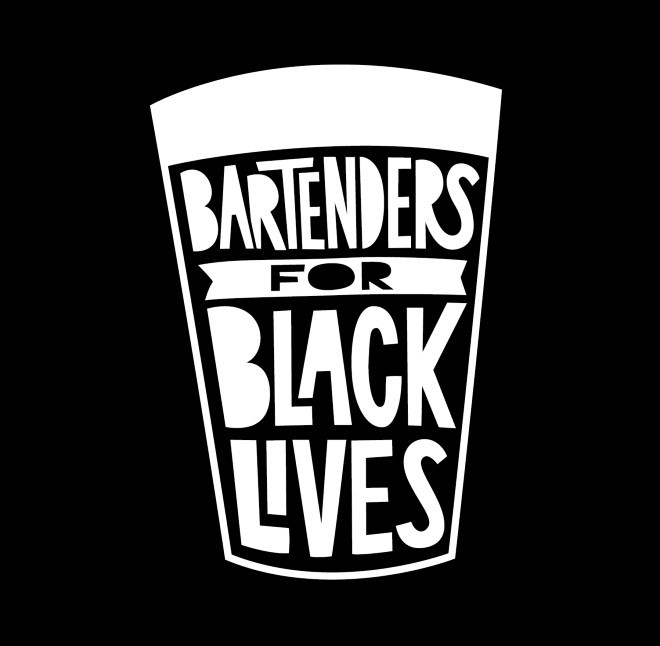 Following the death of George Floyd in May, Tiffany Unger knew she wanted to act; she just didn't know what to do. Then, she saw the Bakers for Black Lives movement take off, and she got an idea.

"After the deaths of George Floyd, Ahmaud Arbery and Breonna Taylor, I was really struck by the need to act," Unger explains. "I wanted to do something tangible and was very inspired by Bakers for Black Lives. I thought 'I can do this,' so I contacted someone to make a logo and a website for me so I could at least raise money."

Unger has big plans for Bartenders for Black Lives, including a large event she hopes to host in the near future, but she's starting with the merchandise because of the COVID-19 pandemic.

"I really wanted to throw an event in July, but with the COVID numbers rising it's at a standstill," Unger says. "The vision is to be in Tower Grove Park with bartenders, brewers and distillers distributing product and Black-owned restaurants selling food and keeping the proceeds. However, as a business owner, I'm very concerned about COVID. I don't feel like July is the right time."

Until she can put on an event, Unger is focusing on creating and selling t-shirts, stickers and signs to local bars, restaurants and cocktail enthusiasts with the organization's logo. Though the money for the merchandise will help fund those organizations doing the work to support Black lives, she also hopes that seeing the logo at a bar or restaurant will signal to BIPOC that they are in a welcoming, inclusive environment.

"The idea is that bartenders or restaurant owners can put up signs or wear t-shirts so that when someone walks into a bar, they know they are walking into a welcoming, anti-racist environment. The thought is that these small changes can make a difference. You're maybe not going to change the world by wearing a t-shirt, but you can change the culture of your space."

Unger has partnered with the local company Tiny Little Monster to design the logo and print the merchandise, as well as Girl Louie, which designed the organization's website. Both offered their services pro-bono as a way to help get the group off the ground and support the movement for racial justice.

As for her forthcoming event, Unger says that she has already received a positive response from Tower Grove Park and plans to move forward as soon as possible. In the meantime, she's hoping that the merchandise sales will help build momentum for the nascent organization.

"As a person right now who wants to do something, but doesn't know what to do, I felt like, at a minimum we can raise some money and change bars to build community," Unger says. "When people go into a bar to hang out with friends and families, they want it to be a welcoming space. I hope people come in and feel that way when they see the sign in the window."