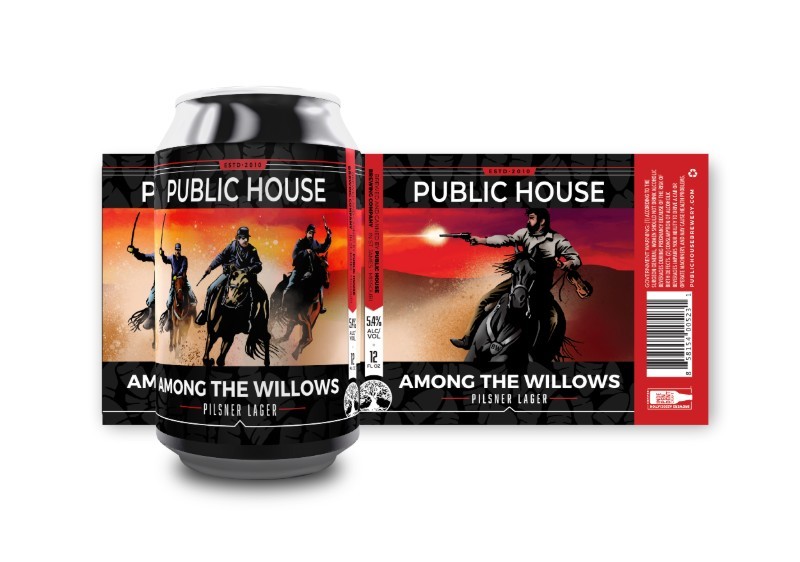 For the past few years, the Public House Brewing Company brand has been a more seen, more consumed name locally, as the mid-Missouri concern has steadily grown St. Louis into its largest market. With brewpubs down I-44 in both Rolla (with an intimate, hip tap house) and St. James (featuring an expansive, highway-side restaurant next to St. James Winery), it was perhaps only a matter of time for the brewery, established in 2010, to make a mark here.

That came with no small amount of emphasis in capturing attention in an already competitive and well-represented beer scene. Over the last couple of years, the brewer shifted from a bottling line to a canning line, added a veteran sales rep with a focus on the St. Louis market and staked its fortunes on five year-round beers. But that initial group of flagship offerings has been trimmed a bit in 2020, with a couple other entrants making a play for permanent status in the PHBC lineup.

With spring turning into summer, a 5.4 percent ABV pilsner called Among the Willows has been PHBC’s hit of the season.

Owner and co-founder Josh Stacy says, “The beer hits on a lot of factors that made us want to move ahead. Consumer trends have been leaning into the lighter side of craft, and we have seen success with other beers such as Cream Ale. Our head brewer, Matt Burkhardt, loves this style of beer and has been chomping at the bit to release a pilsner.

“With the changes in the external market due to COVID-19, we noticed that customers started to turn to styles that they were familiar with. The plan was to release the beer [in] our variety pack and draft for the summer to see how the customers reacted, with the potential to move into a six-pack offering. With these changes we made a quick decision to make this beer available in both and let it run through the summer.”

The beer, he says, is a nod to Public House’s regional focus.

“The name Among the Willows is an old cowboy phrase,” Stacy explains, “that means to evade the law, running from the law. The art and story behind the beer has deeper roots to the area.” A lengthy piece in the local Phelps County Focus goes into considerably deeper details on the beer’s origin story for those curious, including some words on the can’s striking, gunfighting artwork by regular PHBC designer Travis Watkins. It’s not the only beer they’re pushing in mid-2020.

“We have several products that we are excited about for the summer,” Stacy adds. “We are finishing up our run on Strawberry Cream Ale but will follow up with Peach Cream Ale in July. We have also just released Dry-Fly Session IPA. We have had this beer in the market before and sold it in the taproom on limited runs over the last five years. People love this beer — it is one of my all-time favorite PHBC beers, so we are very excited to get it back out in the market in cans and ready for the river.”

Sixers of Among the Willows are available at craft beer sellers around St. Louis. And for those longing for an afternoon of noshing and sipping under Ozark skies, the St. James facility’s beer garden is less than an hour-and-a-half drive from St. Louis and is one of the state’s best patio bars, no question.