Zenwich Is Now Open in the Central West End 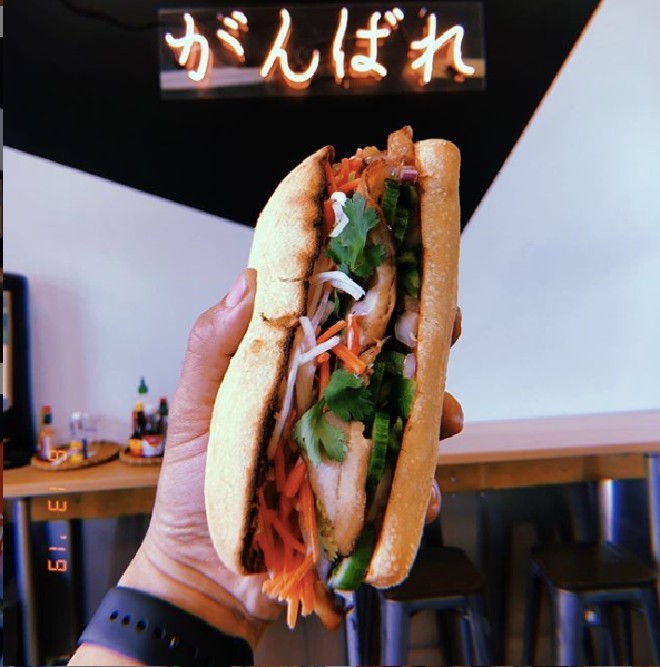 Chai Ploentham remembers his first taste of Zenwich (8 1/2 Euclid Avenue) at the original Elmhurst, Illinois location. So impressed was he with his sandwich that he didn't just give his compliments to the chef; he asked her if he could buy the place.

"My wife and I had moved to Chicago four years ago, and one day, I was at Zenwich eating and I got to talking with the owner," Ploentham recalls. "She told me she was interested in selling the restaurant, so she took me into the kitchen and began showing me all of the house-made sauces and fresh ingredients. It was clear this was a sandwich beyond sliced ham. I was so impressed that I told her I wanted to buy her business."

Now, Ploentham is bringing the Zenwich concept to St. Louis. The sandwich and ramen spot opened in the Central West End on June 1. The opening had been delayed two months, a result of the COVID-19 outbreak, which turned the restaurant business on its head and forced restaurateurs to rethink every aspect of how they do business.

Ploentham is in as good a position as any to handle such a seismic shift. A seasoned restaurant owner — he's owned the Delmar Loop mainstay Blue Ocean for nine years and the Elmhurst Zenwich for four. Ploentham got his start in the restaurant business after moving to St. Louis from Thailand to pursue an M.B.A. He worked in the front of house while he was in school to support himself, but he continued in the profession when he could not find a job in his field after graduation.

Ploentham embraced his unintended career path, learning all that he could as a server, and then as the owner of Blue Ocean. During his time running that business, he sought out the mentorship of Hiroshi Seki, the chef and owner of the Japanese restaurant Seki, which was just around the corner from Blue Ocean. Though the concepts were similar, Seki taught Ploentham everything he knew, and when he was ready to move on from the restaurant business, he sold it to Ploentham, who moved Blue Ocean into its space and has been running the restaurant ever since 2011.

For the past four years, Ploentham has been dividing his time between St. Louis and Chicago, his wife's hometown. Though his restaurants in each of those cities keeps him busy, he was confident that the Zenwich concept would do well in the Central West End. He began making plans to open the fast-casual spot, targeting March 15 as an opening date. When the COVID-19 outbreak hit St. Louis, those plans changed.

"I decided to take the time to look at the menu and ask myself, 'How can I make this even more perfect?'" Ploentham says. "I worked on the menu, focused on online ordering system, contactless service and all of the ways we can keep things safe in the new normal."

Now that Zenwich is open, Ploentham is confident, not only that he has figured out the logistics of running a restaurant in the COVID-19 world, but that the food he worked so hard to perfect will be well received. From ramen to global-inspired sandwiches, he believes he has found the perfect balance of flavors in every dish. Coupled with contactless service, such as QR codes that guests scan when they enter the restaurant, Ploentham believes Zenwich can thrive even in the midst of such challenging times for the industry.

As Ploentham explains, the menu has something for all tastes. Sandwiches include offerings like "Korean Cheesesteak" — made with Korean-style barbecue beef, caramelized onions, mushrooms and gouda cheese— and "Teriyaki Katsu," a Japanese-inspired dish that features a panko-breaded pork cutlet and wasabi coleslaw. He also touts his ramen, which he has been developing over the years at Blue Ocean, and is especially proud of the "Mentaiko" version, made with al dente noodles, creamy garlic fish roe sauce and parmesan cheese.