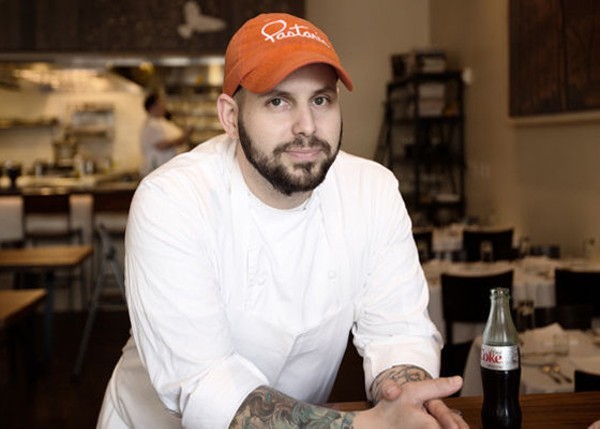 Yesterday, City Foundry announced a major development in its quest to bring to St. Louis a premier culinary experience: The forthcoming food hall and multi-use complex has tapped chef Gerard Craft and his team at Niche Food Group to serve as its culinary director.

In a press release announcing his involvement, Craft underscored the opportunity he sees in City Foundry to serve as much more than a collection of eateries but as a way to connect the city.

“We think that City Foundry is such an important puzzle piece to connect the city together," Craft says. "From downtown and Midtown to the Central West End and Cortex, City Foundry has the opportunity to bring all of those communities together. We see so much potential with the project that we wanted to be a part of making it succeed.”

First announced in 2016, City Foundry is an ambitious development spearheaded by Steve Smith and his ownership group, FoPa Partners, LLC and the Lawrence Group that will consist of a mixed-use retail, office, dining and entertainment complex. The food hall, which will be the Foundry's centerpiece, is modeled after similar concepts in New York and Philadelphia and is touted as a celebration of the local hospitality industry that "defines the current culture and uniqueness of our city."

Since 2016, City Foundry's food hall has generated significant buzz and brought on board many local chefs and restaurateurs as tenants. However, as the Riverfront Times' Liz Miller reported in February, City Foundry has struggled to maintain momentum for a variety of reasons including delays, rising costs and communication breakdowns that have led some concepts on its original roster to back out.

In Craft, Smith has an opportunity to regain a significant amount of  buzz for the project. A James Beard Foundation Award winner, celebrated restaurateur and industry leader, Craft has the potential to take City Foundry into the direction it had always wanted to go — and then some.

"First of all, the bones of the building are so cool so the space already tells a story, but we see an opportunity to paint a bigger picture about all the things that touch the restaurant world," Craft says. "Food halls in the U.S. have traditionally been solely focused on the consumption of food, but we have a collective vision for City Foundry STL to be seen as more than a food hall, but also as a public market, a place that supports food-focused entrepreneurs. In addition to emerging restaurant concepts, we want to celebrate the people who have helped connect us to food – the farmers and butcher suppliers, the potter who makes restaurants’ plates, or maybe even a cookbook stand or teaching kitchen that inspire chefs.”

Though City Foundry's website notes a Spring 2020 projected opening date, the project has been delayed, not the least reason being the COVID-19 pandemic. The crisis has been a trying time for the development and the restaurants and chefs it hopes to partner with, but Smith hopes that when it does open, City Foundry will serve as a source of hope and inspiration for an industry that will need to rebuild.

"Our hope is that City Foundry can be a place for ideas to incubate and grow into a viable business; a place where new concepts will be surrounded by industry leaders to learn from and succeed,” Smith says.