Last year my entire family grieved the closing of J. Noto Bakery in St. Peters. Located just down the road from my parent's house, the bakery was one of our favorites spots, and a slight panic set in as we wondered where we would now find flavorful sandwiches or cinnamon rolls the size of my face.

When Kendele Noto Sieve’s dad, Jasper Noto, announced his retirement in 2019, she and her husband, Wayne, were left to decide between running the bakery themselves or creating a home for their pizza trailer. Months later, the bakery closed and reopened as Noto Pizza (5105 Westwood Drive, St. Peters; 636-317-1143), an Italian restaurant dedicated to serving authentic Neapolitan-style pizza and handmade pasta.

It should come as no surprise, of course, that my family was eager to try it out. To our pleasant surprise, my parents had to book our reservation days in advance, as Noto was booked up every other night. As a longtime customer of J. Noto, I have to admit that I felt so proud. I loved the original concept and now everyone else in the St. Louis area is loving its new chapter as a swanky slice of Italy.


Long before reopening the spot as a pizzeria, Kendele and Wayne spent several vacations touring Italy and the Amalfi Coast, where Neapolitan pizza reigns over all other styles.

“We [took a vacation] about six, seven years ago and kind of fell in love with it,” Kendele says. “We were like, ‘We have to recreate this somehow.’ And that's when we just started at home.”

The couple began their wood-fired pizza experiments with a table-top oven at home. Eventually, Kendele says, Wayne’s passion for creating Neapolitan pizza evolved from a hobby into a business. “I love to eat it, but my husband loves to make it,” Kendele says.

After watching online videos, reading Italian cookbooks and lots of trial and error, Wayne opened the Noto pizza trailer in 2017. Kendele helped out when she could and they both continued to work their full-time jobs as their side business gained momentum. 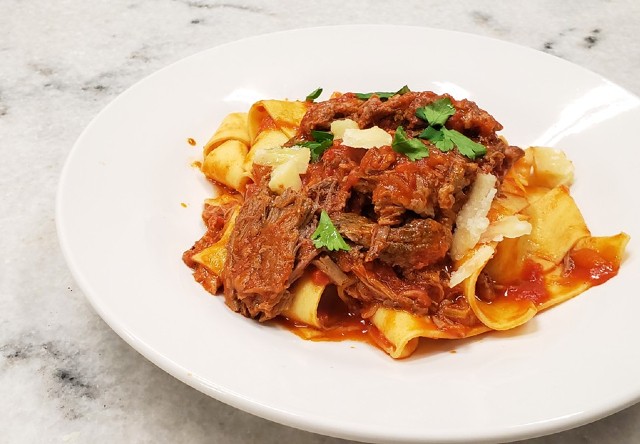 After hearing my parents rave about how it tasted “just like our pizza in Italy!” I planned a date with my best friend, bought a new dress and made sure to call in my reservation in advance. I luckily found a parking spot among a sea of cars and rushed in just in time for our 6:45 p.m. reservation.

I was taken aback at how the space has been completely renovated and reorganized. Instead of the small coffeehouse with a cottage feel, we stepped inside a sleek atmosphere with rustic accents. At the heart of the restaurant sits the wood-burning oven with “NOTO” spelled out in blue tile. The oven burns at up to one-thousand degrees, ensuring whichever one of the sixteen pizzas you order is cooked in 90 seconds flat.

“We have some traditional, basic styles that you would see at every pizza restaurant in Italy,” Kendele says. “And then we have some other unique, non-traditional toppings.”

The 'nduja pizza combines the spreadable pork salume with onion jam and fresh mozzarella. Kendele likes how the imported 'nduja adds spice and heat to the pizza. For customers who are new to Neapolitan pizza, Kendele recommends trying Noto’s house Margherita pizza.

Noto creates each pizza out of its airy open kitchen. Each pie emerges from the oven with a paper thin center crust surrounded by a billowing ring of outer crust. The crust is light and airy and convinced me I could eat the entire personal pizza and still order dessert.

While I only ate half of the pizza, saving the leftovers for lunch the next day was worth being able to eat cannolis that same night. (I did have a 30 minute ride back to my apartment, though, and I can't say I didn't sneak a slice as I sped home.)

No longer confined to their pizza trailer, Kendele and Wayne have expanded Noto's menu into the realm of pasta. They make all their pasta from scratch and love to experiment with new flavor and noodle combinations. Highlights from the pasta menu include the prosciutto cotto ravioli, one of Noto's most popular pastas, and the pappardelle with braised beef, tomato ragu and pecorino-romano cheese.

Kendele and Wayne took their most recent trip to Italy in August to do more research for their menu. Many of Noto’s dishes are taken straight from their personal experiences tasting through Italy. “We go to these restaurants or bars and we taste something and we're just like, ‘Oh my gosh, we've got to bring that back here,’” Kendele says.

In order to keep the authenticity of Italy alive at Noto, Kendele and Wayne import all of their olive oils, cheeses and pork products. Even the flour for their pizza dough is imported from Italy. Kendele estimates that they import more than 60 percent of Noto’s ingredients. 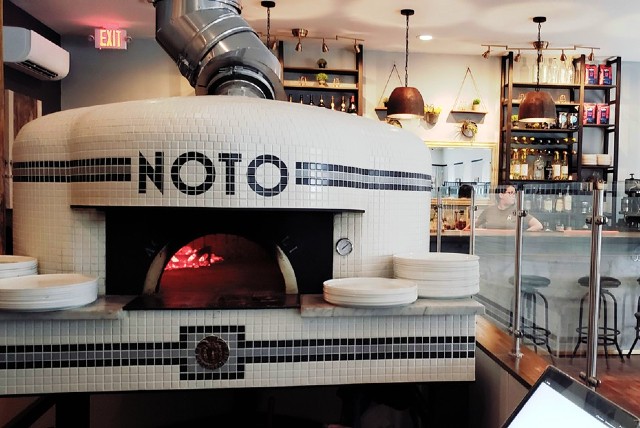 “It’s kind of out of respect for Italy and showing that we're using their products and trying to replicate what they do over there to be as authentic as we possibly can,” Kendele says.

What they can’t import, they source locally: All of the mushrooms used at Noto are from a farm in O’Fallon, Missouri. Summertime will bring local heirloom tomatoes and herbs for their salads and pasta dishes.


In late February, Noto will be adding weekend brunch service. For now, Noto is open Wednesday through Saturday from 4 to 9 p.m. Kendele says the restaurant has been pretty packed since its grand opening in January, so reservations are recommended. 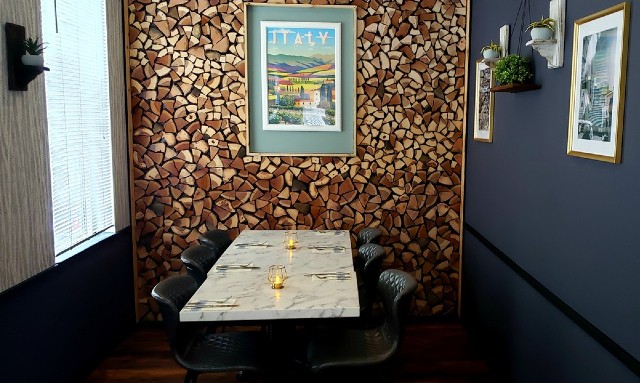 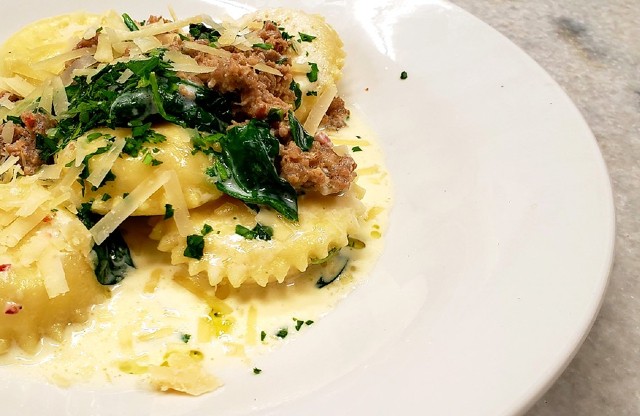 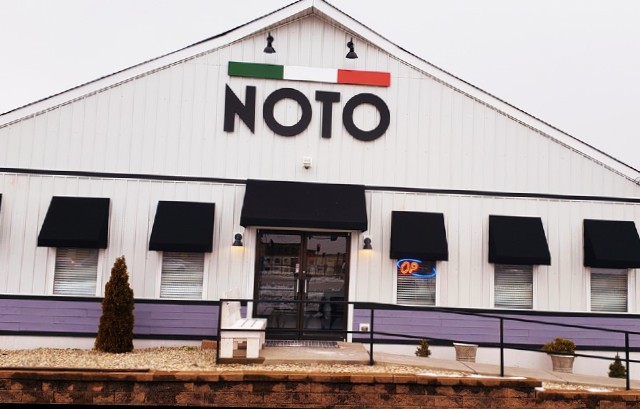