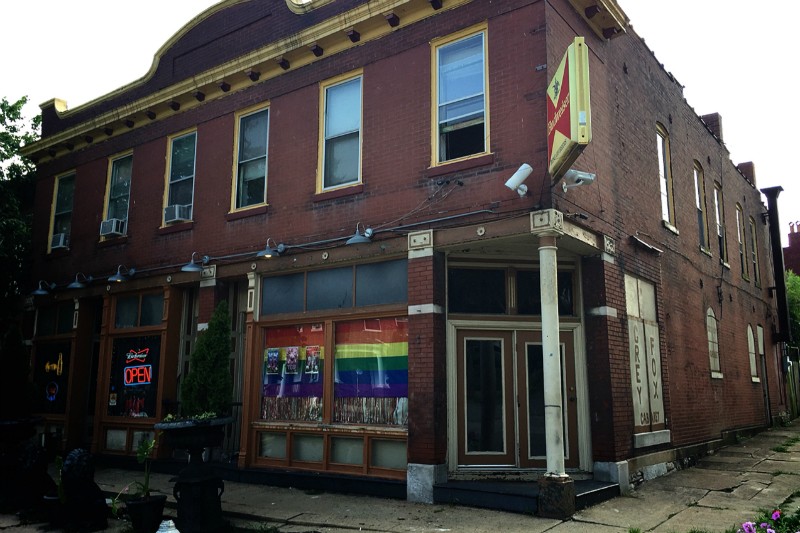 One of our favorite bars got robbed last night.

A gunman walked into Grey Fox Pub (3503 South Spring Avenue, St. Louis, 314-772-2150) shortly before midnight and threatened patrons and the bartender, according to police and a witness.

The robber was thin, maybe five foot ten at the tallest, wearing camouflage pants, black-and-white shoes, a black sweatshirt with the hood up and a green mask, police say. He focused on the bartender first as customers hit the floor.

The bartender "gave him money from the register, and the guy walked by all of us pointing the gun," a patron, who asked the RFT not to use his name, told us this morning.

The gunman ordered the customers to "give me your cash," the patron said. But he was only able to get money from one of them before he fled. The witness said the robber was carrying a cheap plastic grocery bag and had a silver-colored handgun.

Once he had the money, the thief took off. Police say he fled on foot, but the patron says he got into a white Toyota Scion with two other people and drove away. By the time police arrived, some of the customers, including the one who handed over money, had left. Police say they have not been able to talk to that patron yet.

The RFT named Grey Fox the city's best gay bar in our 2019 Best of St. Louis issue. Set at the corner of Potomac Street and Spring Avenue in Tower Grove South, it's a neighborhood pub up front with a cabaret in the back where you'll find some of the city's most-entertaining drag shows a couple nights a week.

Police say they're still investigating the robbery. In the meantime, it might be a good night to stop by the bar for a drink or three and show support. And tip your bartenders.