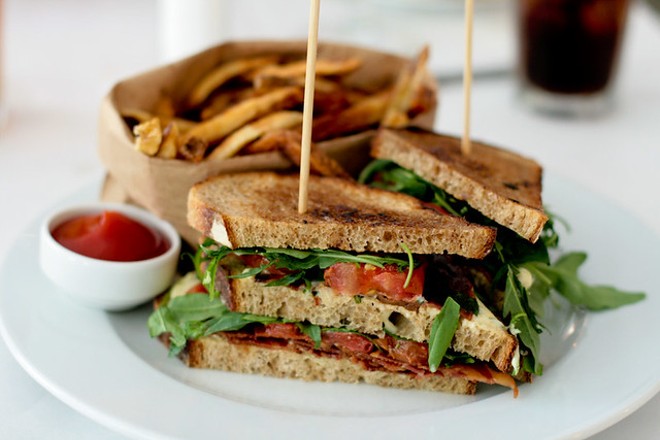 The holiday season brings with it highs and lows, but today we're experiencing both simultaneously.

Surely just as iconic as Christmas or New Year's, December 30 marks National Bacon Day — and with it, some news about St. Louis that has left us a little shaken. Earlier this month, we received news that our fair city has ranked as one of the top three bacon-loving towns in America. You read that correctly, St. Louis: We're not No. 1, and we expect you to do something about it.

The news comes from Nielsen and Statista based on U.S. Census data, Simmons National Consumer Survey and Wright Brand purchase data. (The latter is a bacon producer based out of Vernon, Texas.) Apparently 266 million Americans consumed bacon in 2019, accounting for some 850 million pounds of cured pork purchased this year.

So who are the two cities who beat us to the top spot? According to Wright Brand, Louisville, Kentucky, and Nashville, Tennessee, took first and second place, respectively.

The gauntlet has been thrown down, St. Louis. If you haven't already committed to a New Year's resolution, now is the time to stand in solidarity as a city and ensure that in 2020 we take down the competition. After all, if we're skilled at anything in St. Louis, it's having big appetites.

Follow Liz Miller on Twitter at @lizzaymillah. We are always hungry for tips and feedback. Email the author at [email protected]