Shut the Front Door: Guy Fieri to Open a Satellite Flavortown in Branson 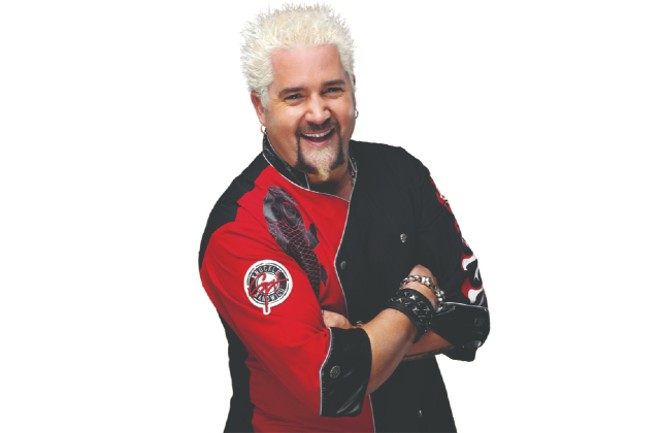 To paraphrase the Mayor of Flavortown himself, this news is bananas, "and bananas is good."

On Monday, FACE Hospitality announced that it is partnering with celebrity chef and Emmy-winning TV personality Guy Fieri to open Guy Fieri’s Branson Kitchen + Bar in Branson, Missouri, in summer 2020.

Situated on picturesque Lake Taneycomo, Guy Fieri’s Branson Kitchen + Bar will serve Flavortown fans lunch and dinner daily with both indoor and outdoor seating. As for the menu? In addition to sandwiches and house-smoked meats, diners can expect "Chef Fieri’s signature, bold flavors with menu highlights like his famous Trash Can Nachos, award-winning Bacon Mac n Cheese Burger and Bourbon Brown Sugar BBQ Wings," according to a release.

“I’m all about great food, good times and big fun so to be able to partner up with folks like FACE Hospitality is a perfect opportunity to bring it all together in one place… Branson!,” Fieri said in the release.

A full bar will complement the restaurant's range of eats, including "Chef Guy’s craft cocktails" which "will feature worldwide best-sellers like the Caliente Margarita, Tattooed Mojito and Guy’s Famous BBQ Bloody Mary."

“FACE Amusement Group has been serving up fun and excitement in the Branson area for the past three years,” president of FACE Hospitality Rosemary Rose said in the release. “We look forward to building on our partnership with Guy to grow our presence in the community and add to the amazing lineup of food and fun at Branson Landing.”

RELATED: 44 St. Louis Restaurants That Have Been Featured on Reality TV

In 2013, the spikey-haired one visited St. Louis to film a segment of his hit show, Diners, Drive-Ins and Dives, at Highway 61 Roadhouse in Webster Groves. In a story RFT published at the time, restaurant owner Bill Kunz told us that the celebrity chef was in town for two days for the shoot, during which they got along swimmingly.

The year prior, Fieri filmed a segment aboard the Guerrilla Street Food truck (years before it expanded into brick-and-mortars) and others at Anthonino's Taverna and The Shaved Duck.

That same year, The New York Times restaurant critic Pete Wells filed a now legendary review of Guy’s American Kitchen & Bar in Times Square (which has since closed). The review was an epic pan, raising valid concerns about the quality of the food, the quantity of menu items and the concept as a whole. We tend to take a more charitable view of Mr. Fieri, though. After all, it can't be easy to lead a municipality as expansive and funkalicious as Flavortown.

As for Guy Fieri’s Branson Kitchen + Bar, will the restaurant prove to serve bomb-dot-com tasty eats? You'll just have to head down to Branson next summer to find out.