First Look: A Playground for Adults, Recess STL Combines Your Favorite Drinks and Games in the Grove 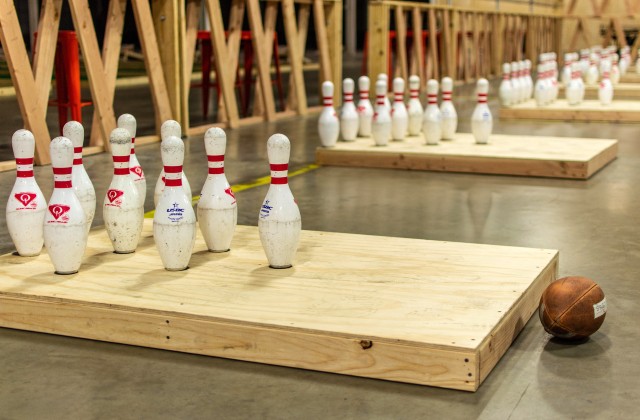 If there were such a thing as an adult playground, it would look a lot like the new bar and event venue that opened last month in the Grove.

Recess STL (4500 Swan Avenue, 314-818-9112) is located inside a massive warehouse space and offers a variety of games for patrons to play, including cornhole, bocce ball and ping-pong. Alongside games and picnic tables are two bars, mounted TVs, video game stations and a rotating lineup of food trucks.

The entrance to Recess is located just off Manchester Road near the far west end of the Grove in a space that formerly housed a plumbing supply warehouse. The nondescript entrance is illuminated by a large red arrow beckoning you inside. The sheer size of the 50,000-square-foot space is a little overwhelming, yet it's smartly partitioned and cleverly branded to direct imbibers throughout its generous footprint.

Near the entrance, a hangout area beckons you with sleek sofas, boldly printed rugs and tables for playing board games, watching TV or socializing. Elsewhere you'll find areas dedicated to specific games (including bowling and that bocce court), picnic tables and game setups. While some of the fun is familiar, other games, like the signature Airbowl require some instructions (it's essentially a football-bowling hybrid that’s similar to cornhole).

Recess is an adults-only space, so to get in on the fun, patrons must register at the door by proffering a photo ID and receive a wristband. There is a $10 cover charge on Friday and Saturday, which includes unlimited access to playing games. During the week, the cover charge is only $5; Recess is open daily save Tuesday. The age limit is eased for the under-eighteen crowd on alternating Sundays, a day aptly named “Family Recess” from noon to 4 p.m. 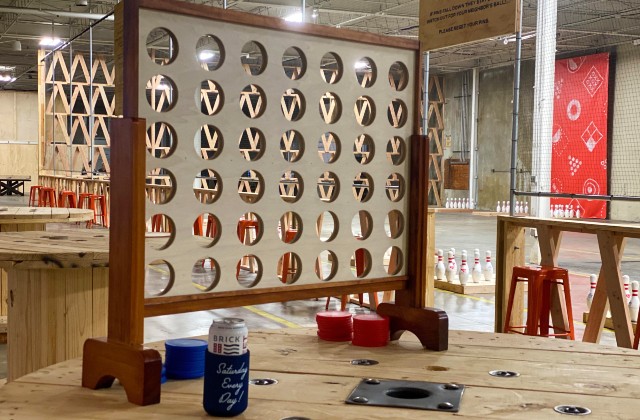 Behind the bar, you'll find your favorite craft beer, wine, hard seltzers and cocktails, and a signature cocktail list is in the works, too. Local brewery favorites populate the beer list, including neighbors Urban Chestnut Brewing Co. and Rockwell Beer, among others. Aside from the local offerings, Recess offers a lengthy list of beer in bottles and cans that are categorized by their flavor profile.

Bar Manager Julie Underwood says the cocktail menu will debut in January, but currently, Recess STL can make most mixed drinks you'd desire to fuel up for a round of bowling or cornhole. Eats at Recess currently consists of a rotating selection of food trucks on weekends, and the venue also allows you to bring in your own food or snacks.

“So far the turnout has been great; people are loving the concept and our first few weekends have been packed,'' Underwood says.

Recess STL is technically only a pop-up bar — but not to worry, the party isn’t going anywhere, as the concept will be relocating to another space on Vandeventer Avenue in the Grove next spring. The new year will also bring a new style of competition to Recess, as league play is introduced. Tournaments will be held on Wednesday nights while Thursdays will be dedicated to league play.

Recess STL isn’t just a fun hangout, though; it’s also a great option for events and celebrations, with a private party room for up to 150 people. The lively atmosphere is a great option for bachelor parties, office gatherings or just an excuse to get together with a large group of friends. Recess STL also stays open late on weekends, offering another late-night option for the neighborhood — the bar is open until 1:30 a.m. on Friday and Saturday. 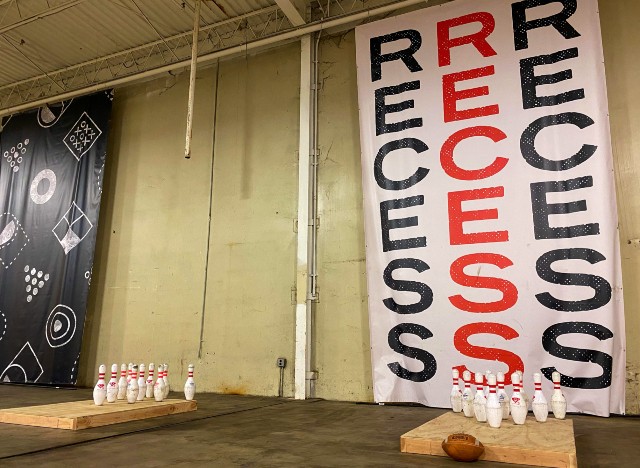 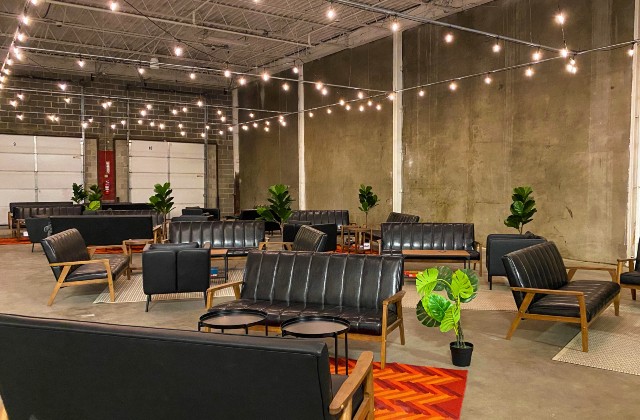