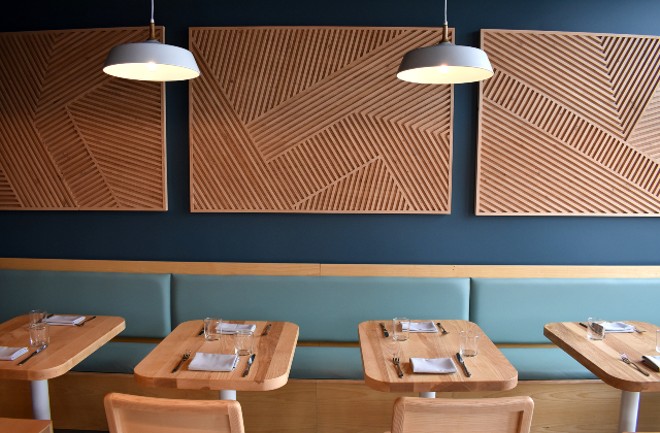 After more than a year of planning and almost five months of construction, Little Fox (2800 Shenandoah Avenue) will celebrate its grand opening in the Fox Park neighborhood on Tuesday, December 10.

As reported by the Riverfront Times in October, owners Mowgli and Craig Rivard want the dining experience at Little Fox to balance the best of fine-dining restaurants with more casual neighborhood eateries. “It’s really all about comfort and being approachable but done really well,” Craig told the RFT last month.

The couple first met while cooking at farm-to-table restaurants Diner and Marlow & Sons in Williamsburg, two of the eateries in Brooklyn restaurateur Andrew Tarlow’s empire. They later moved on to Clover Club, also in Brooklyn, where Craig was executive chef.

Although the Rivards loved the family they found in the Brooklyn food scene, the couple’s longtime goal was to move to St. Louis, Craig’s hometown, and open a restaurant of their own. They moved to St. Louis in November 2017 and have been working on the concept that became Little Fox ever since. “We’ve always seen so much potential in St. Louis,” Craig says. “We made the decision probably ten years ago that this was the idea we wanted to do.”

For Craig and Mowgli, it was key to find a neighborhood where they could put down roots — the couple live within walking distance of Little Fox — and carve out a new community here in St. Louis. “We just want to be a part of the neighborhood and add what we think is comfortable dining for people,” Mowgli says. “Our number-one criteria was to be a part of a community.”

When the time came to start developing the menus for Little Fox, the couple reflected on their time in New York. While working at Clover Club, the Rivards met mixologist Shannon Ponche, who developed Little Fox’s cocktail list. Like Craig, Ponche is a St. Louis native, having worked with cocktail guru Ted Kilgore at Taste years ago before moving to the East Coast. The Rivards say that they gravitate toward drier, herbal-forward cocktails and those made with fortified wines like sherry and vermouth, and diners can see those influences on the cocktail list at Little Fox.

For those wanting to imbibe without the booze, the two Spirit Free cocktails are just as creative and flavorful. The Sweater Weather combines Seedlip Grove 42 nonalcoholic spirit with a maple shrub and tonic, while the Juice Box mixes up lime and pineapple juice with cinnamon and soda.

Ponche created the bar's initial cocktail program, but Little Fox beverage director Kelly Nyikes will be overseeing the restaurant’s wine program, which will exclusively focus on natural wines. Prior to joining the Little Fox team, Nyikes worked for One Off Hospitality Group in Chicago, owned by industry titans Donnie Madia and Paul Kahan. After moving back to St. Louis, Nyikes worked at James Beard award-winner Gerard Craft’s Sardella, where he paid special attention to offering natural wines. 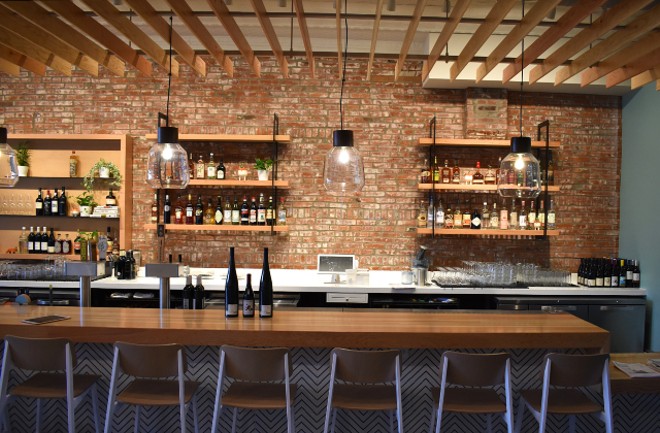 “Once we carved out [a natural wine selection at Sardella] and put labels on it, you started to see a little more velocity — people knew what to expect and they were asking about it, which gave me a lot of hope for when we started talking about this project,” Nyikes says. “There are really good producers in that zero-additive, organically and bio-dynamically grown space who are also laser-sighted winemakers who know how to do that in a really clean, precise way.”

Nyikes has sourced natural wines from across the world, including familiar wine-growing regions such as France and California as well as reemerging regions in Eastern Europe, Czechoslovakia and Georgia. Little Fox will be the first restaurant in town to exclusively serve natural wines.

In the kitchen, Craig has developed a New American menu inspired by the seasons and featuring influences from the couple’s time in Brooklyn and Europe. To that end, he’s begun working with local farmers including Crystal and Eric Stevens of Flourish and David Bohlen of Bohlen Family Farms to source produce and proteins.

The menu is broken up into three sections — snacks, plates and large plates. Snacks range from Riblettes with Calabrian chile, Italian fish sauce and honey to crispy chickpeas with schmaltz, sea salt and smoked paprika. Just as shareable as the snacks, the "plates" are named such as they're hardly small. Highlights from the current menu include the crispy fingerling potatoes with little sweetie peppers, scallions and tonnato and the Little Neck clams with sherry, shallots, garlic and grilled sourdough that's made in-house. During the soft openings, another popular dish has been the delicata squash, which is lightly coated in a gluten-free crust and served with scallions and St. Louis-based Hawthorne Honey. 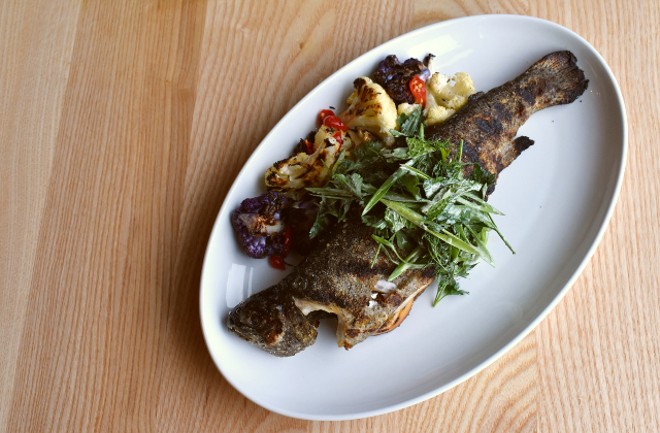 The paper-thin breading on the squash provides a satisfying crunch without overpowering the natural sweetness of the squash, which is further drawn out by the honey. The crispy potatoes, meanwhile, show Rivards finesse and playfulness; although not the traditional fish and chips you may envision, the tuna flavor comes through in the tonnato sauce.

Although the three large plates are currently centered around meat, the menu features quite a few vegetarian and gluten-free menu items; the Rivards say that their hope is to be a true neighborhood restaurant that's accommodating to a variety of diets.

Whatever your reason for stopping in, you'll find it difficult to leave — the Rivards, working closely with SPACE Architecture + Design, have transformed the space into a stunning, bright and modern treat for the eyes. “I had a ton of fun with the design; there was a lot of brick there, and then we’ve brought in a lot of lighter elements — light wood, tile,” Mowgli says. “There’s a lot of texture and light colors when you come in.”

To start, Little Fox will be open Tuesday through Saturday from 3 to 10 p.m., including a social hour with food and drink specials offered Tuesday through Friday from 3 to 6 p.m. Eventually, the Rivards plan to expand into weekday breakfast and lunch as well as brunch on weekends. The couple hope to add brunch service in early 2020 and continue expanding their hours from there. 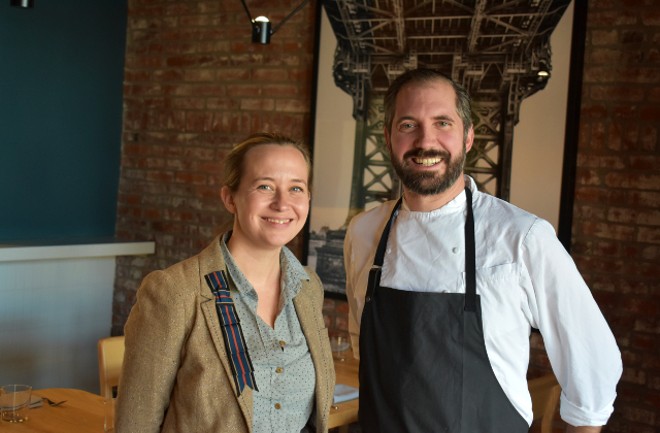 “We hope to get into an all-day concept with espresso and pastries in the morning, light lunch service with takeaway sandwiches during the day, dinner service and then brunch service on Saturday and Sunday,” Craig says.

Little Fox feature 54 seats in the dining room plus an additional eleven at the bar and about 34 more on the outdoor patio (although that may not open until spring, weather permitting). The redesigned space includes a separate dining room for private events and dinners, which can host eight to 26 guests.

In its first few months, the restaurant will allow reservations for about half of the dining room, with the remaining seats available for walk-in diners. With an aim to become Fox Park’s favorite neighborhood eatery, that flexibility for diners is only one element of Little Fox that the Rivards are excited to share.

"Every element has an effect on your experience, so we tried to think through every possible thing,” Mowgli says. “We think that when you come and eat here, between the wine, the design, the food and the music, it will make sense once you have the whole experience.” 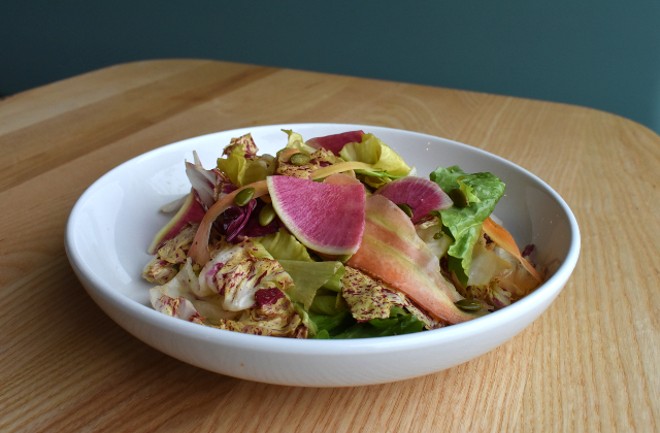 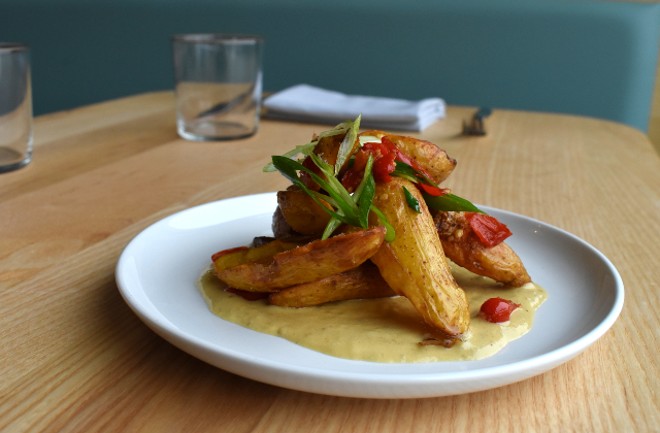 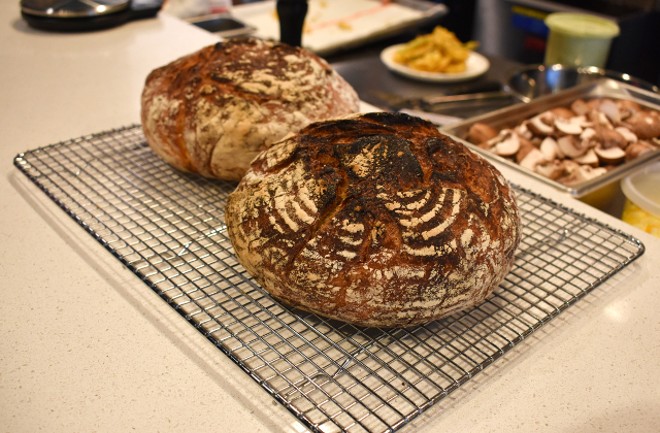 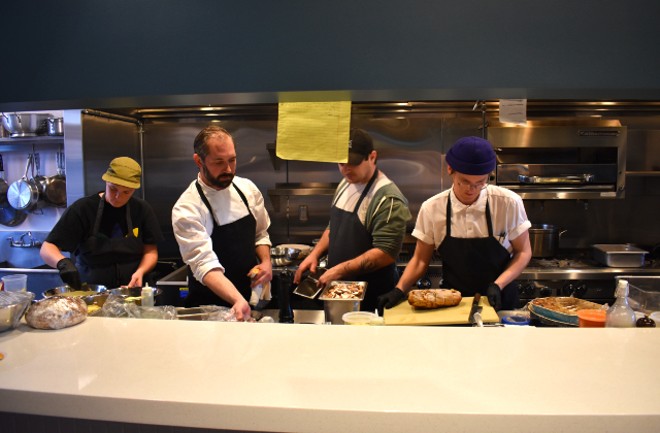 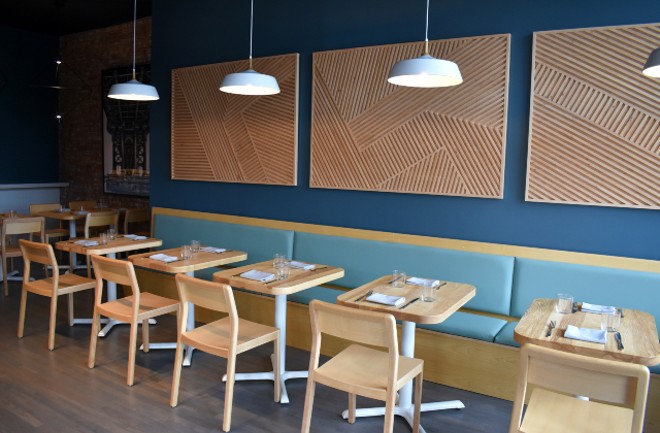 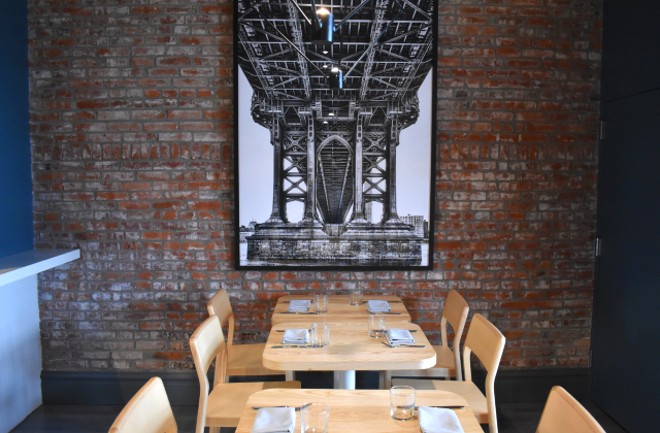 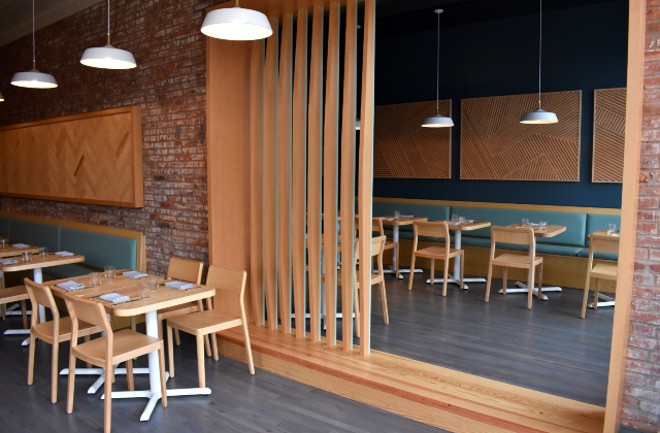 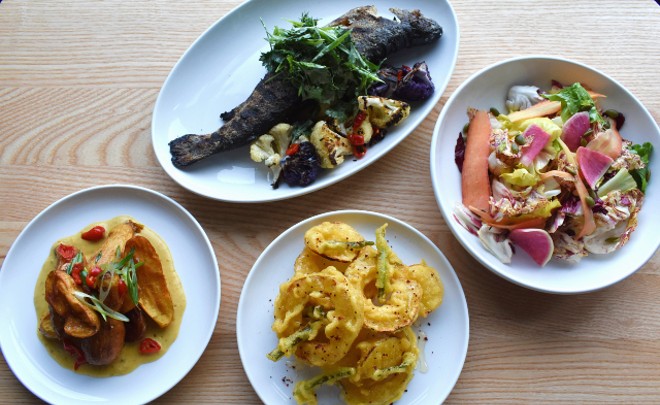 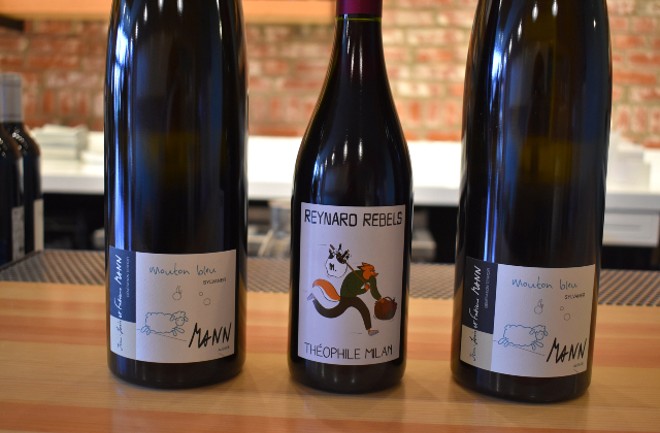 Follow Liz Miller on Twitter at @lizzaymillah. We are always hungry for tips and feedback. Email the author at [email protected]