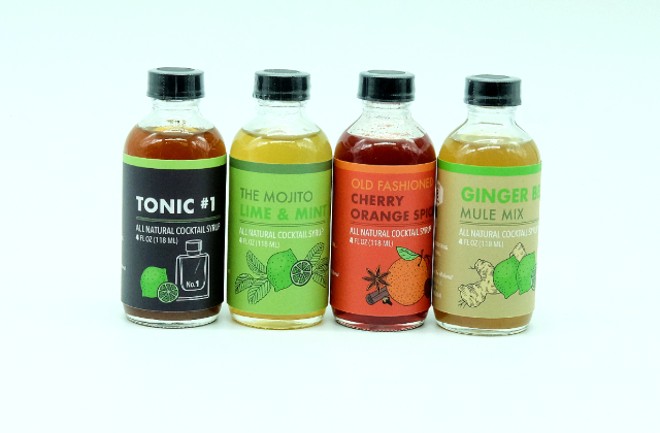 In the two and a half years since launching Heirloom Bottling Co., Brad Zulick has grown the business from a farmers' market stand to more than fifteen retail stores and twenty-plus restaurants in the St. Louis area. His line of shrubs and cocktail syrups quickly gained an audience for both their unique flavors (think pineapple-allspice shrub and cherry-orange spice cocktail syrup) and their ease of use. Not only do the shrubs and syrups make easy cocktails — just add the spirit of your choice and stir — they make tasty non-alcoholic drinks as well.

Now, after listening to customer feedback and market demand the past couple of years, Zulick is introducing a bevy of new offerings. Among them are his signature shrubs in smaller packaging, sizing them down from 16-ounce bottles to 8-ounce bottles, and curated cocktail sampler packs with four 4-ounce bottles. The existing products have also been wrapped in new labels featuring illustrations of the fruit and spices used to flavor them.

"I was really reluctant to switch the size of the bottles because it’s another piece of inventory with the glass bottles that I have to carry," Zulick says. "Ultimately what I was hearing was, ‘I wish I could buy two or three flavors, but for the price point, $20, the packaging is really big.’ I think consumers want smaller packaging; they want more variety. You listen to the customer long enough and it starts to sink in. And it’s a learning process for me; I’ve never had a cocktail syrup/shrub-making business before. You start with one thing, get feedback and switch the business as it needs to go."

The first of the two cocktail curated sets features classic shrubs from Heirloom: blackberry-lemon-mint, blueberry-sage, pineapple-allspice and grapefruit-ginger-vanilla. The second set features three brand-new products and one classic and is aptly called Cocktail Essentials, with a new mojito mix, mule mix, tonic syrup and Heirloom's classic cherry-orange spice cocktail syrup, which riffs on the flavors in an old fashioned. 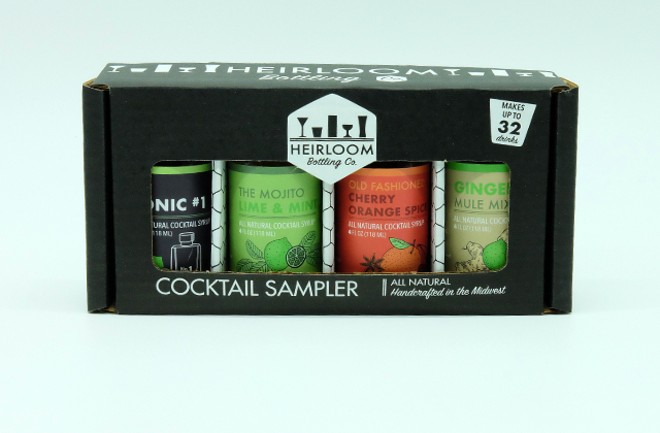 "With the cocktail essential pack, I wanted something that was a bit more intuitive for what customers could do with it," Zulick says. "I get a lot of questions like, ‘What do I do with a pineapple-allspice shrub?’ Well, you can drink it like a soda or put rum in it or use it to marinate chicken in a Crockpot, but when it’s a tonic syrup, people know what to do with that. Or a mojito mix: Just add rum to this and you have a mojito. I'm just trying to make the packaging a bit more obvious and intuitive for the consumer."


In addition to the new multi-packs, Heirloom is releasing standalone 8-ounce bottles of the tonic syrup, mojito mix (made with lime and mint) and mule mix (kind of a lime-infused ginger beer). The new packaging and products have slowly been hitting store shelves around town, with the curated sets debuting next Tuesday, November 12. Zulick is especially excited for consumers to try his new tonic syrup, which he developed during the past year and a half.

"I was reluctant to make a tonic because if you look, there’s so many different tonics out there, but I think I’ve made one that’s pretty unique and definitely tasty," Zulick says. "It’s made with a whole bunch of different spices and flavors in it, including real cinchiona bark, the bark from which you get the quinine, which is the backbone of an authentic tonic syrup."

Zulick says you can find Heirloom's new products locally at Larder & Cupboard and Urban Matter and possibly also Parker’s Table and Local Harvest, where his flagship shrubs and syrups are sold. For a complete list of retailers, visit Heirloom's website.

"I can’t wait to get more feedback from customers and see how people like it," Zulick says. "If you live in St. Louis, I’d rather that you buy them in one of the retail stores, but if you’re shipping it to someone, you can buy and ship it online. It’s a great gift for the holidays!" 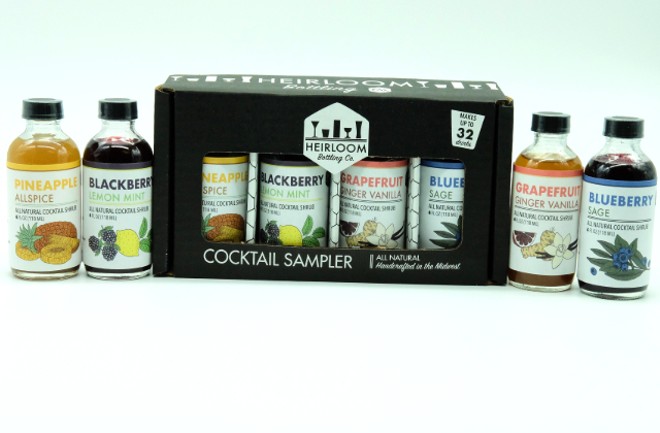