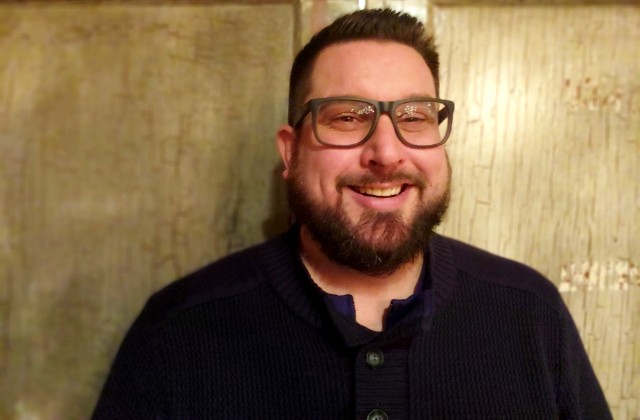 December is going to be a historic month for the Tenderloin Room (232 Kingshighway Boulevard, 314-361-0900), already one of St. Louis' most storied restaurants.

Located inside what's now known as the Chase Park Plaza Royal Sonesta St. Louis, The Tenderloin Room was sold to new owners in June, as first reported by Ian Froeb for the St. Louis Post-Dispatch. The restaurant will temporarily close on November 4 for light interior and kitchen renovations and reopen in early December with a refreshed menu that respects the core of what's made the steakhouse famous since 1922.

New owners Ben Strake, Rick DeStefane and Bob Brazell, the same partners who operate Byrd & Barrel and Tamm Avenue Bar, purchased The Tenderloin Room from longtime proprietors Dino and Jules Karagiannis. Brazell says the Karagiannis family approached him and his business partners about a year ago and finally closed on the sale in June. That interim period has allowed Brazell and partners the time to take a hard look at the restaurant and make thoughtful changes and updates moving forward.

"We took a lot of time to get to know each other — they've owned the restaurant for like 30 years, so it's that family's life," Brazell says. "We worked out a good deal for them; we kept on Dino and his two daughters, Eleni and Mary, and the whole staff as well. There are so many people who live inside the Chase, and [the Tenderloin Room] is like their living room; they know the family so well and we didn't want a big change."

Brazell, who came up in the local restaurant scene working in fine-dining kitchens like the late, great Monarch, says he's most excited to get into the kitchen at the Tenderloin Room. He's working with Jonas Janek of Henley Forge in Alton, Illinois, to build a custom grill with a rotisserie, grill plates that can be moved around on the rig, hooks for hanging meat and sausages and more — think a GrillWorks rig on steroids. The buildout will also add a dry-aging chamber on-site to age steaks and whole primal cuts in-house.

"My whole career was fine dining before I became 'the Chicken Guy,'" Brazell laughs. "It will be nice to cook something other than fried chicken again. I've been meeting with a lot of different purveyors and I'll be touring some ranches in Colorado; we want to put a lot of thought into where we're sourcing beef from. And then Jonas is making me my dream grill — basically a custom rig that will sit above the charbroiler inside the Tenderloin Room, where I can hang sausages, cook whole ducks and more."

Brazell says he and his team are also expanding the countertop or kitchen pass surrounding the open kitchen to offer a chef's table for up to six guests. "People will be able to sit right at the pass and we'll design some special pay-ahead menus where you can come in and have a five- or six-course dinner right there at the pass."

Interior changes will be similarly subtle and in the spirit of the St. Louis dining institution. Local woodworker David Stine is crafting a new bar-top and large dining-room table for the revamped restaurant. Some of the interior touches have been inspired by the venerable steakhouse's past, while others, like a new jade fireplace surround, realize Brazell's own ideas for the space.

"I found the restaurant's original logo from the 1950s, and I've got Top Coat Sign Co. out there to paint the original logo in 24-carat gold-leaf on both of the doors; it looks gorgeous," Brazell says. "That's our big, in-your-face way of saying that we're keeping it the Tenderloin Room and even taking it back to the original logo and branded [dinner] plates with the original logo. As for the interior, we're doing a lot in a very short amount of time: all-new carpet, chairs, the custom dry-age chamber. The showpiece of the room is the big fireplace, and I'm wrapping that whole fireplace in mosaic jade tiles."

The project comes at an already busy time for Brazell: Soon, Tamm Avenue Bar will debut Nomad, a sandwich shop led by chef Tommy Andrew. This fall also marked the second year that Brazell's Byrd & Barrel has operated a stall at Enterprise Center. "Within two years we got Byrd into a major sports arena and now we're in what I think is the most iconic hotel in the city; it's just been cool, man," Brazell says. "I've been lucky with Ben and Rick as my partners; we're like family."

Brazell adds that he and his business partners are still on the hunt for a second location of Byrd & Barrel, scouring St. Louis County for a larger space that can provide more seating than the flagship on Jefferson Avenue. "The original location has been awesome and has built the brand, but it's just tough; we can't even take an eight-top down there and we're ready to expand," Brazell says. "There are elements that we want to add [to Byrd]. I really want a large bar and a live-fire grill. We've been looking from St. Peters to Des Peres to Creve Coeur, but it's harder to find because we want to own it."

For now, though, Brazell is primarily dedicated to getting the Tenderloin Room ready for its December reopening date. He says he and the crew are aiming for a December 1 debut but will share progress updates along the way.

"We're going to work extremely hard and quickly to be done and open in December, because holiday parties there are a huge thing," Brazell says. "The word we keep using is 'refresh,' not 'remodel,' because the layout and the guts are staying the same; there's so much beautiful woodwork in there that we're not touching. I'm excited."