STLBEER's Halloween Party Will Serve Up Boos and Brews This Saturday 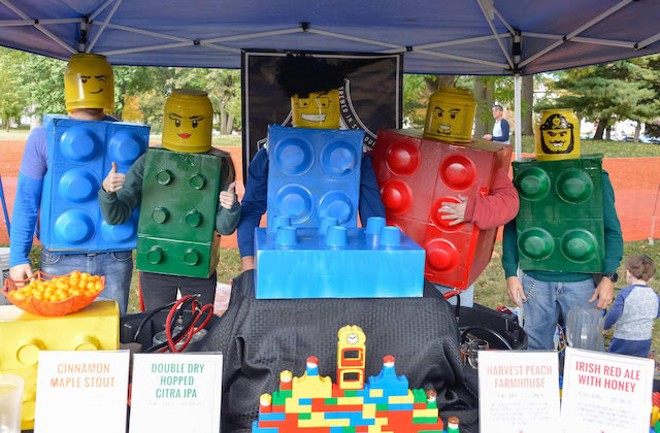 Get ready for a very hoppy Halloween, St. Louis: This Saturday, the St. Louis Brewers Heritage Foundation will host its fifth-annual STLBEER Halloween Party in Lafayette Park (2023 Lafayette Avenue) from 1 to 5 p.m.

Limited to those 21-years-old and older, the festival brings together more than 40 local breweries and home-brew clubs serving beer tastings alongside live music, food-truck eats and plenty of spooky fun. Costumes are encouraged, as there's a costume contest being held in four categories: Best Male, Best Female, Best Couple/Group and Best Beer-Themed.

In addition to plenty of beer and the costume contest, the party will offer fortunetelling and hayrides. Brewers will also be competing in a separate costume contest for the chance to fill the "Firkinstein" at next year's event; an annual tradition, the winning brewery gets to choose a beer from their establishment to be featured in the Firkenstein (a firkin is a specific kind of keg used for cask conditioning).

Tickets are $40 in advance and $45 on Saturday, if still available. General admission tickets include a commemorative tasting glass. Designated driver and NA tickets will be available for sale for $5 the day of the event. Tickets are non-refundable in the event of bad weather. To learn more, including the full list of participating breweries, and to purchase tickets, visit the party's Eventbrite page.

In the meantime, here are some hilarious photos from former brewers and attendees in costumes definitely worthy of winning a prize: