When West End Bistro (5513 Pershing Avenue, 314-354-8436) opened in the DeBaliviere Place neighborhood this spring, it realized a decade-long dream for Kevin and Marion Green.

Located in the space formerly occupied by Atlas Restaurant and Pig & Pickle, West End Bistro features flatware and plates that the husband-and-wife team have collected for many years in the hopes of someday opening their own restaurant. With help from business partner Gina McCurry, the Greens were finally able to pursue that passion with the soft opening of West End Bistro on May 1.

The couple first met 11 years ago while working together at the Saint Louis Club, where, in total, Marion worked as a server and manager for 28 years. Kevin's resume includes stints in the kitchen at Charlie Gitto's on the Hill and Kreis' Restaurant in St. Louis and the now-closed Vong's Thai Kitchen in Chicago. At West End Bistro, menu highlights include seafood, steaks, sandwiches and more. "The menu is classical with tradition that is appealing to all," Marion says.

Behind the bar, West End Bistro serves a selection of wine, beer and cocktails, having received its liquor license at the end of July. Cocktail specials rotate, including drinks like the recent Everyday Bistro with a blend of punches and either rum, vodka or gin.

The dining room seats 65 and the front-facing outdoor patio seats twelve. The welcoming dining room is lit with romantic lighting and elegant decor, and small touches give the restaurant big personality, such as the jazz music that plays during service.

West End Bistro is open Wednesday through Monday from 11 a.m to 10 p.m. 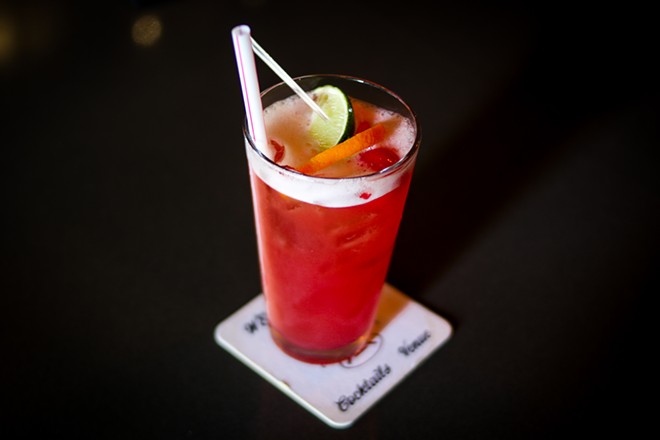