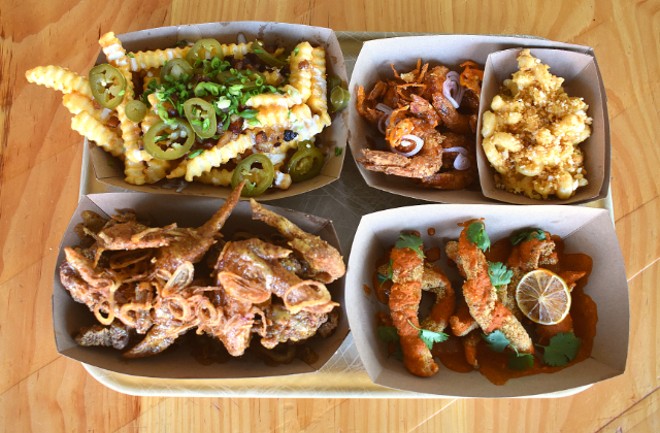 Late nights in The Grove just got a lot tastier thanks to chef Rick Lewis.

On Friday, October 4, Lewis will debut the grand-opening service of Grace Chicken + Fish (4270 Manchester Avenue) from 11 p.m. to 3 a.m., operating out of a walk-up window connected to the chef's Grace Meat + Three.

"You can mix and match any of the sauces with any of the proteins," Lewis says. "We wanted to fun it up for the people who have been out late and make it more than just, 'Here's a three-piece tender hot.' We wanted to be able to make it a little more fun, so we started thinking about different foods we like to eat when we go out and what are things we can take to the next level."

Sauces range from a tangy Ssam to top the crispy tofu to a Thai-inspired red curry to coat the catfish (a dish Lewis is calling Put the Lime in the Coconut) to a sweet-and-spicy Southern Jezebel-style sauce that Lewis loves with the crispy shrimp.

Another highlight is the cacio e pepe sauce, made with a bechamel base that's enhanced with a whopping two quarts of garlic and then mixed with a blend of pecorino, grana padano and Parmesan cheeses and finished with freshly ground black pepper.

"The cacio e pepe is really tasty, and it's really good on the chicken tenders," Lewis says. "It's like chicken Alfredo tenders or cacio e pepe tenders."

Lewis adds that many of the ten sauces draw from flavor profiles not common at Grace, yet he's excited to expand into new areas and sees the late-night window as the ideal place to experiment and have fun.

"I'm always driving to make it better," Lewis says. "This is kind of out of my comfort zone — these are flavors I enjoy but don't normally serve here. This is like the Grace staff went out and had too many beers and then went into the kitchen and started cooking."

Other menu items are inspired by Lewis' own favorite snacks, including the hot honey mustard and onion wings topped with crispy fried shallots, a spin on Synder's of Hanover's honey mustard-flavored pretzels. Another favorite is the loaded fries, which can be ordered as a small or large portion and top crinkle-cut fries with Magic Seasoning, beer queso, house-cured bacon bits, house pickled jalapeños and green onion.

"We're topping the fries with our beer queso, which is basically fondue made with Busch beer, white cheddar and gouda," Lewis says. "And then we drizzle a little of our buttermilk-lime dressing on top and add house-cured bacon bits, house pickled jalapeños and green onion. It's just everything you want in loaded french fries. They're good; I think they're firing on all notes and pretty delicious. It's kind of the same story: It's nothing you haven't seen before, but we're just paying attention to the details."

Pressed to pick his favorite item from the late-night menu, Lewis shared his current top three dishes. "I really like the Thai curry catfish, the Ssam tofu is really good, the hot honey mustard [wings] really get me going — they're all good."

Sides include Grace favorites such as the mac 'n' cheese, Napa cabbage slaw and housemade pickles. Customers can pair their protein and sauce of choice with a selection of non-alcoholic beverages, including Kaldi’s Cold Brew, Queen City CBD Seltzers and Topo Chico.

Lewis adds that the late-night window will also offer a Feed the Crew section, perfect for large parties or even local bar staffs after closing time.

"If you're feeling really frisky and you're with your crew, we will have a Feed the Crew section of the menu where you just order everything by the pound and you mix and match sauces," Lewis says.

With the menu in good shape and the finishing touches being put on operations for the window, Lewis says he's thrilled to welcome guests at the grand opening on October 4.

"We've had people waiting at the window for the past few weeks, which I guess is a good sign," Lewis laughs. 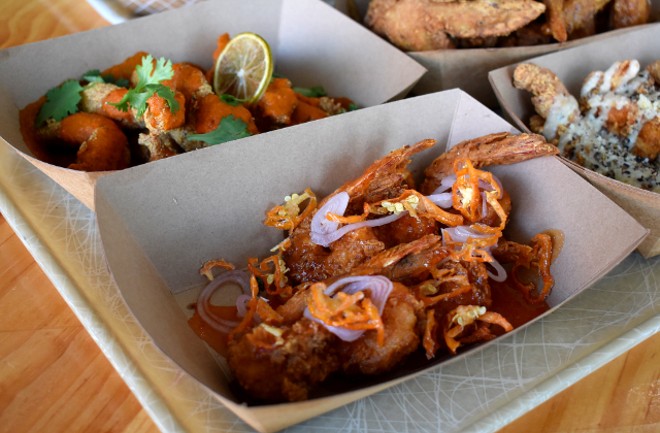 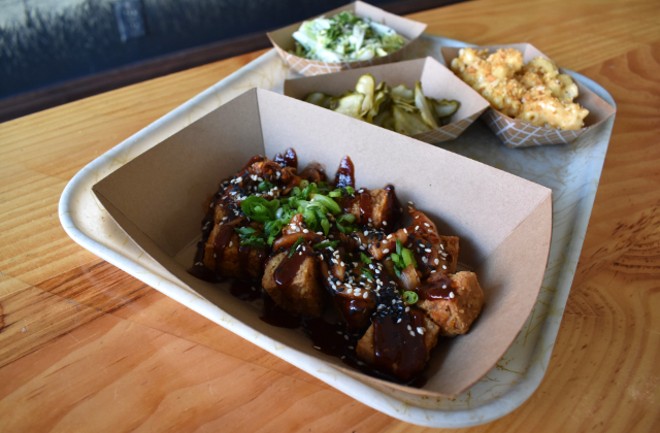 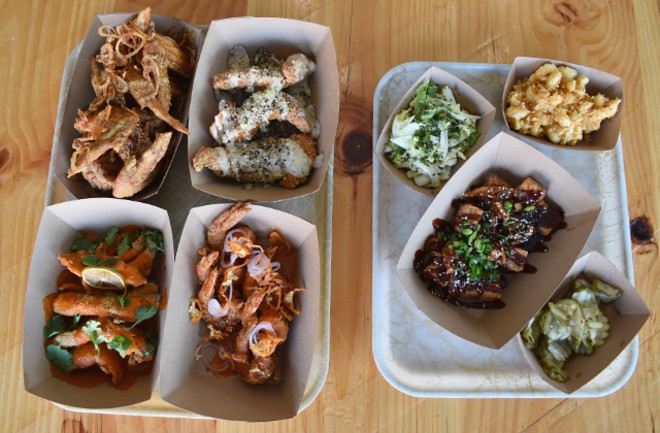