For 35 Years, Hamishe Bahrami of Cafe Natasha Has Been Feeding St. Louisans 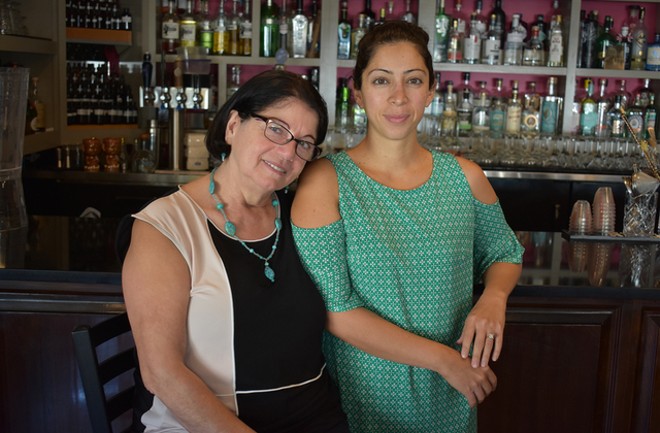 The milestone will be celebrated on Tuesday, September 24, from 6 to 9 p.m. with a special dinner featuring favorite dishes from Cafe Natasha as well as best-sellers from The Little Kitchen, the first restaurant that Hamishe and her late husband, Behshid, opened in downtown St. Louis in 1983.

"I'm going to make some of people's favorite dishes from downtown and dishes that made Cafe Natasha in the Loop and here [on South Grand] so famous," Hamishe says. "Thirty-five years... It wasn't easy. We went into business because we had to, not because we loved to cook. We had to cook to survive and raise [Natasha] the right way. I don't know what would have happened to us if we hadn't had our business."

When The Little Kitchen first opened inside the Paul Brown Building more than three decades ago, it was a leap of faith for the family. A year and half earlier, Behshid, a career geologist, had been laid off from Shannon & Wilson Inc., just twenty days before Hamishe gave birth to Natasha. 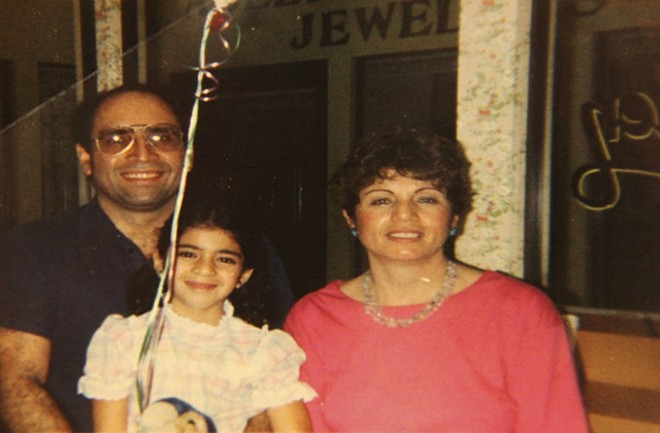 "And for a year and a half no one would give him a job because he was Iranian," Hamishe remembers. "They'd ask if he was a citizen, if he had a green card, etc. He was refused by people who didn't even look at his resume and what qualifications he had, as good as he was. He was kind of depressed and disappointed and said we should open a restaurant. He loved food; he would make great food for me all the time. I didn't want to [open a restaurant], so he said he would cook and I would take care of people."

Behshid's love for cooking anchored the restaurant in those early years, but with just two people running operations ⁠— and young Natasha entertaining guests from a baby swing ⁠— Hamishe was soon helping on the line as well. The restaurant experienced a slow start, as Persian food was unfamiliar to many St. Louis diners at the time. To make the experience more familiar and accessible, the Bahramis served a blend of American food with a Persian flair and some Persian specialities. Eventually, those specialities overtook everything else in popularity, but it didn't happen overnight.

In those early days, Hamishe vividly remembers noticing a drop in business during the Lenten season, and when she asked her neighbors about it, they explained the reason and encouraged her to serve a fish special. So she and Behshid started serving baked fish with herb rice, but the dish wasn't an immediate hit.

"Customers came in and said, 'I want the fish with spaghetti,' and I said, 'Spaghetti?'" Hamishe recalls. "And they said, 'Yeah, what is fish without spaghetti?' So I made spaghetti for them, because I used to live with an Italian lady in New Jersey, and she taught me how to make sauce. So I made the spaghetti, but I'd put some of the herb rice in the corner. After awhile, nobody would eat the spaghetti, so I cut it. And then if I was out of rice, they'd say, 'What is fish without rice?' And that's how we got people to try our food."

Despite its slower start, The Little Kitchen would become a downtown St. Louis favorite, especially with the business lunch crowd. The success of the restaurant led the family to open the original Cafe Natasha in the Delmar Loop in 1993, which was later closed to focus on the South Grand location.

"I'm very proud of what they've done," Natasha says. "It's the same person cooking for 35 years, and I think that's pretty darn significant. She says it herself, but the reason she's still doing this is that she's one of the biggest fans of the St. Louis community. I've lived in other cities, but she doesn't want to go anywhere; she loves St. Louis. This 35th anniversary celebration isn't just about [the restaurant] making it 35 years — it's about the community and the family that comes in they've been with us for so many years, and it's such a wonderful family. We want to see the people who have been there supporting us for years." 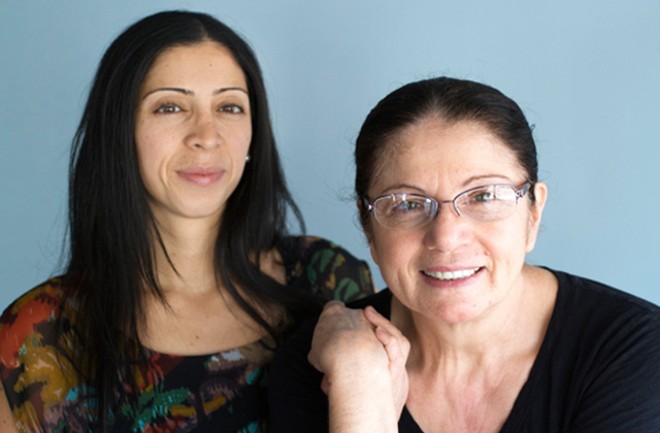 At the event on September 24, guests can expect to see favorite dishes from the past 35 years — including Hamishe's famous quiches from The Little Kitchen — served at various stations in the restaurant. For Hamishe and Natasha, the event is a way to celebrate their many regulars and the St. Louis community in general, as well as to remember Behshid, who passed away unexpectedly in late 2016.

"Both of us care what we give to people, especially him" Hamishe says. "It always had to be perfect; perfect food. He would taste all of the food we made several times, get my opinion, and then we'd work out our recipe. Now that he's not here, I check the quality; the same thing that he was doing, I do now, so that the food tastes exactly the same as it did five or 12 years ago. And I'm still out here [in the dining room] talking to people, taking care of people."

For Natasha, who grew up in her family's restaurants, celebrating the past 35 years means much more than hosting one event or dinner — it's acknowledging the critical role that Cafe Natasha and her parents have played in the St. Louis food scene over these many years, and that, of course, some day the restaurant will live on only as a memory itself.

"It's going to be a celebration of mom and a celebration of dad," Natasha says. "We're going to celebrate for at least eight months, because we won't be here another 35 years. Mom is healthy and vibrant, and she needs to retire at some point. We need people to understand that there is a finite time to this and come and enjoy it while we have it. We're not saying tomorrow or this year, but at some point it's going to end." 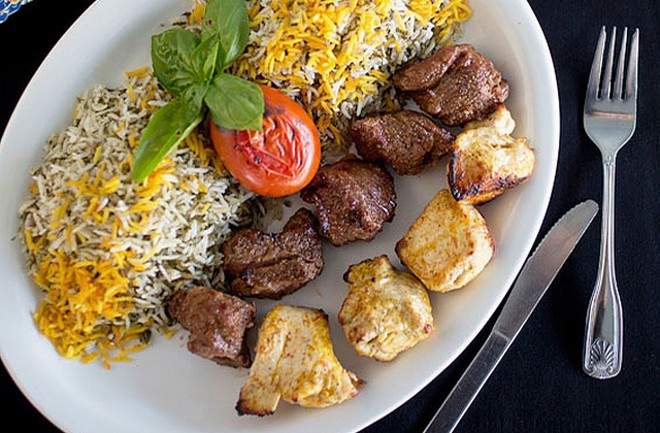 In that spirit, Cafe Natasha will introduce new specials developed in collaboration with local chefs later this fall.

"Our menu doesn't change; it's not seasonal, but we have some favorite chefs, restaurants and cuisines that we really love and respect in St. Louis, and they've supported us, who we want to work with," Natasha says. "Fun collaborations with what mom does and what the chef does — not necessarily Persian cuisine, but it could be. We'll call them pop ups, or whatever, through the next few months, and we're excited to see where it goes. We're working with people who we like and respect."

For those who can't attend the official anniversary dinner on Tuesday, September 24, Hamishe and Natasha say they more than understand — but they'd still love to see you soon and serve you your favorite dishes from the past 35 years.