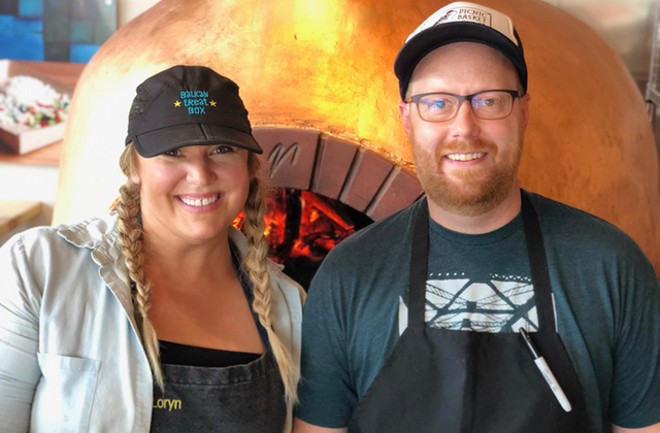 Earlier this week, Balkan Treat Box was named one of the top 50 restaurants in the country by Bon Appétit magazine, and today, Nalic has big news of her own. Later this month, she will debut the first event in her new Good Magic collaboration dinner series. The series will spotlight Nalic's "global cuisines and cooking styles in collaboration with guest chefs," according to a press release.

The first dinner will be held on Monday, September 23, at 6 p.m. with lauded chef Nate Hereford at Balkan Treat Box, which will act as home base for Good Magic (as the restaurant is not currently open for dinner service). Guests can expect a five-course meal with craft cocktails, local beer and wine pairings.

“Good Magic is kind of my mantra," Nalic says in a release. "You’ll hear me say, ‘Spread good magic or share good magic.’ Magic to me means doing something that seems impossible. We wouldn’t be where we are today at Balkan Treat Box without the support of our hospitality community here in St. Louis and individuals like Nate. To be cooking next to a chef of his caliber, it doesn’t seem real, but here we are!”

Hereford, who previously helmed the kitchen at Gerard Craft's late great Niche, expressed similar excitement to work with Nalic. The pair will be "highlighting the influence of Balkan cuisine on Eastern Europe from the Black Sea to Russia." A few courses have been announced so far, including shish kebabs, a herring dish and lamb served family style with bread, crispy rice and vegetables.

"I am super excited to cook up some good magic with Loryn" Hereford said in the release. "She is a super inspiring individual to be around in the kitchen. I really appreciate the way that she thinks about food and culture. I think that this dinner will exemplify that and push each other to come up with some delicious and fun food."

Tickets for the first Good Magic dinner are $80, including gratuity and tax, and are now available for purchase here. Look for future dates and chef collaboration announcements throughout the fall.