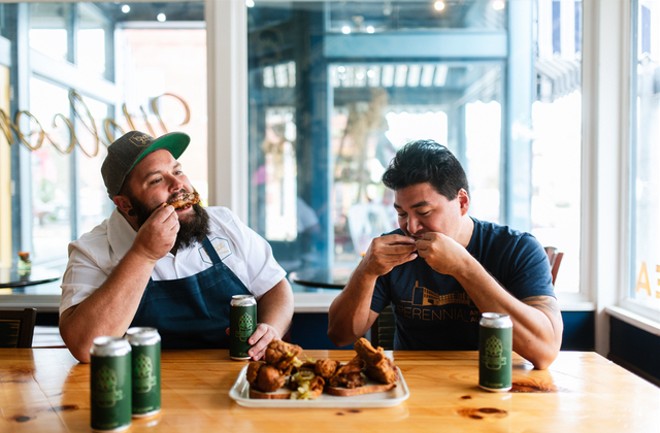 Mexican-style lagers are one of the trendiest beer styles of the year, and now, two local favorites are teaming up to release one of their own.

"Bloody Butcher red corn is an heirloom dent corn that has been grown in the United States since the 1840s," Lewis said in a release. "We chose this corn because of its flavor and aromatics. We are excited to have the opportunity to brew a Grace featured beer with Perennial. This has been something we have been discussing with Phil and the Perennial team since our days back at Quincy Street Bistro."

“Clocking in at 4.8 percent ABV, it’s refreshing and a perfect companion for southern cuisine, especially fried chicken,” Wymore said in the release.

Grace Hominy Lager will be available on draft at both Grace Meat + Three and Perennial Artisan Ales. Follow both businesses on social media to keep updated on official release-party details, which the release says are coming soon.